« There Was Weed Inside This Carnapped Eureka Vehicle Found in SoHum

[Located!] Missing Person: 79-Year-Old With Alzheimer’s Was Driving to Eureka »

A Google Street View van tooled around Trinidad Wednesday. An employee of the multi-national media corporation was trying to collect footage of beaches and damp trails.

The well-logo’d vehicle was spotted mid-morning in the otherwise empty College Cove parking lot. Its rooftop camera was protected by a water-resistant case. Later, the vehicle zipped through the Murphy’s parking lot and parked near Salty’s Supply Co.

Google employee Hope Garza said she couldn’t give interviews to the press unless she spoke to her supervisor.

She did say that she’s from San Jose and has worked for Google for about two months. Trinidad is gorgeous, she said. “I’ve never been up here before.”

How was the camera work, uh, working out?

Not so great. “It’s too dark,” Garza said. “I got some footage of the trails that might work. I’ll send it in and see.”

Turns out, though, that failing to get usable footage of the North Coast’s super-scenic fishing hamlet has an upside.

“I’ll guess I’ll just have to come back.” 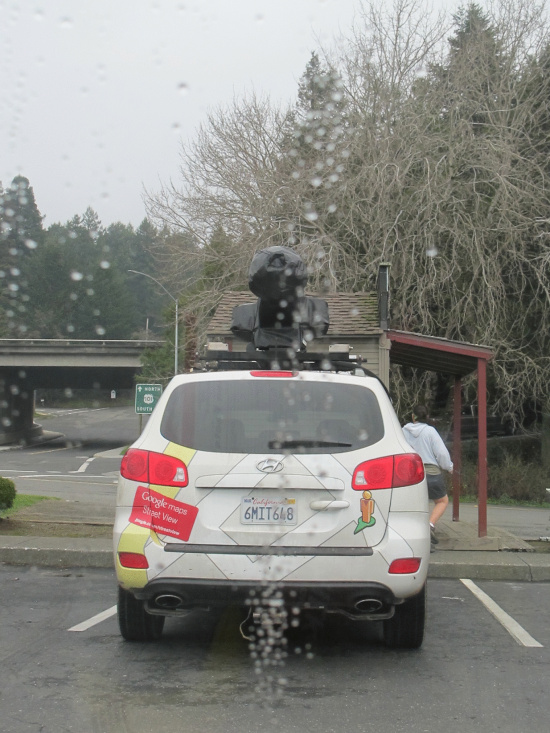 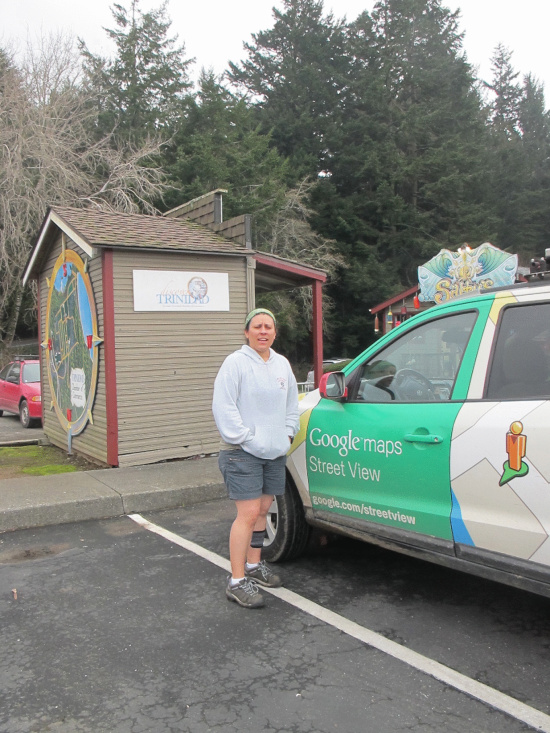