« (UPDATED) Shots Fired Near Old Town This Morning; No One Injured, Police Investigating 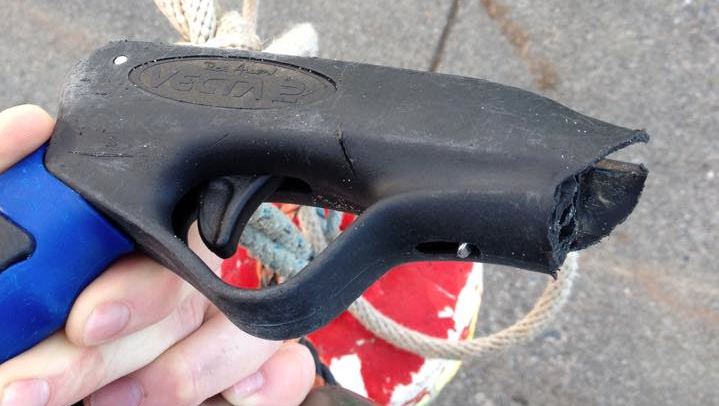 A local man was spearfishing near the North Jetty Tuesday afternoon when he claims he had an encounter with a great white shark.

Attached to a personal dive float and with a 70cm speargun in hand, 23-year-old Martin Magneson was free diving on the channel side of the jetty about 50 yards out from where the rocks transition to dolos. Conditions were good; he’d snagged a few fish, which he’d clipped to a rope attached to his float that also tethered his gun (you know, in case he dropped it). Underwater visibility was about 20 feet, Magneson estimates — pretty good for Humboldt. As he was about to surface, he glanced out toward the ocean and his peripheral vision caught a grayish/whitish object in the distance. At first he thought it was a harbor seal, as he’d already seen a couple that day. Then he figured it out. 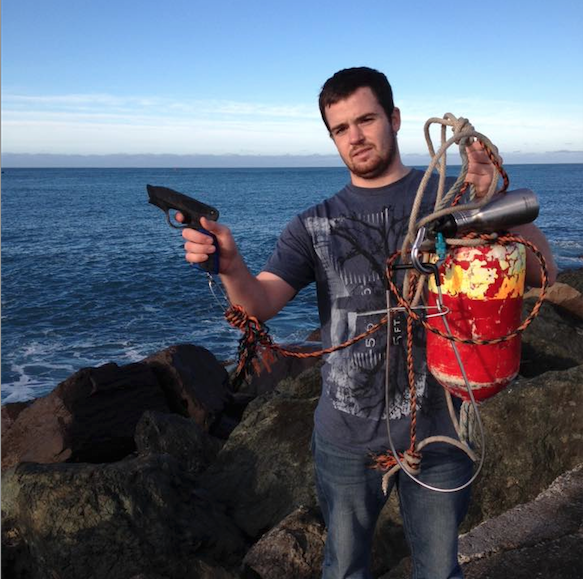 “It was for sure a great white. I couldn’t mistake it,” Magneson told LoCO via phone yesterday, estimating that the shark was near 15 feet long. “Its mouth was as big as my torso, from my waistline to the middle of my neck.”

At first, Magneson said, the shark wasn’t aggressive — “It was just there to investigate” — and watched him from a distance. He wonders if maybe it had been drawn by his day’s catch, still attached to his float nearby.

Then it quickly came closer. As the shark neared, Magneson pointed his speargun toward it but resisted firing — the gun has a pretty short range — thinking it might be his last line of defense. When the shark was close enough he poked at it.

“It felt like a solid object,” he said, adding that his prodding didn’t really phase it.

Magneson pulled the trigger. He’s not sure if he hit the shark or not, but as close as he was, he suspects it would have been pretty hard to miss. At this point the shark was close enough it was able to engulf most of the speargun in its mouth. Magneson says he released his grip when he felt the animal bite down. After quickly untangling the rope attached to the gun from his weight belt, Magneson said he then pushed against the shark to get away and was struck by its pectoral fin in the process (“It felt like getting hit with a cutting board”). Aided by his three-foot fins, Magneson swam as fast as he could toward the jetty.

“I don’t know how long it took,” Magneson said about his brief, hurried journey from the site of his encounter to the rocks. “It felt like it took forever.”

Once he reached safety, he looked back toward his float and says it ways briefly moving, as though the shark was still somehow attached. Then the movement stopped.

Magneson flagged down a paddle boarder to share his experience. He later contacted the Coast Guard to let them know his equipment was in the water (shockingly, he was not in a big hurry to go after it himself).

This morning we talked to Magneson again and he’d retrieved his equipment — the Coast Guard pulled it in during a training session last night. Unfortunately his speargun is no more — only the handle and trigger portion (sporting a few bite marks) was still attached to the buoy when it was snagged. He says he’ll get into the water again though.

“The main thing I learned is be a lot more careful,” Magneson said, noting he probably should not have been diving alone where he was. Live and learn.

“Right as I pulled the trigger it opened its mouth super wide, came straight at me, and ended up consuming my whole speargun, really. My three foot-long gun was all the way down its throat.”

Hear their entire chat below: 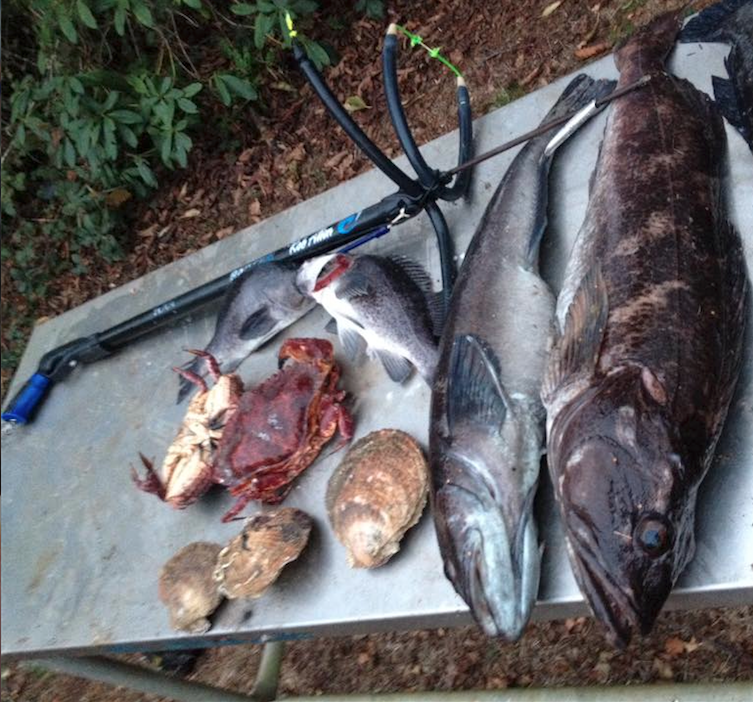 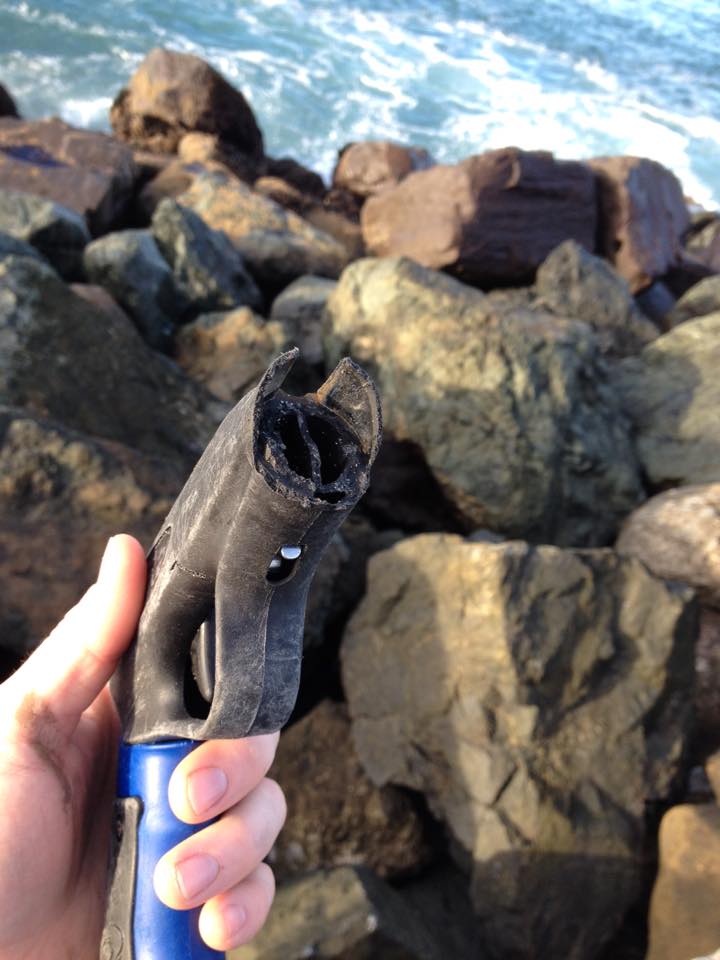