« … Aaand Another Lil’ Earthquake For Humboldt 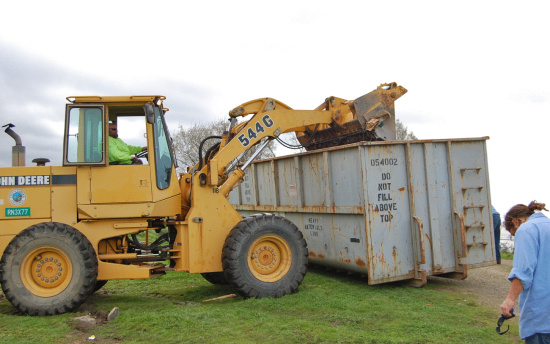 Beginning around 9 a.m. this morning, City of Eureka workers returned to the greenbelt adjacent to the foot of Del Norte Street this morning as part of the latest attempt to cleanup the area and discourage camping there. Several industrial-sized dumpsters were scattered throughout the area while SWAP inmate work crews and a front loader scrambled to fill them with trash and unclaimed camping equipment.

Numerous campers hauled their personal belongings out of the greenbelt and out to the sidewalk, forming large piles while they tried to figure out what to do for shelter and transportation.

Members of the Eureka Police Department were on scene for security purposes According to EPD investigator Neil Hubbard, residents were given several days warning that this latest cleanup was imminent. Everyone seemed to cooperate this morning: no citations or arrests, according to Hubbard.

Most of the labor for this and previous cleanups has been provided by the Humboldt County Sheriff’s Work Alternative Program (SWAP). According to Lieutenant Wayne Hanson, every Thursday the city of Eureka contracts with the Sheriff’s Office to have a crew of 8-10 inmates and a supervisor work for them cleaning up an area.

LoCO attended a nearly identical operation in the area last month. Only one day later, many of the campers had returned. Hubbard said the city and his department will continue to chip away at the encampment despite limited resources.

“We’ll come down and clean it again,” he said. “Everytime we do that there’s a little less.” 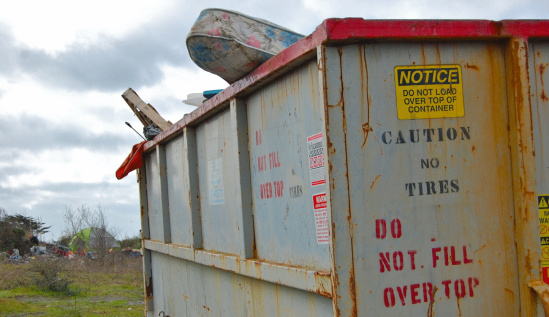 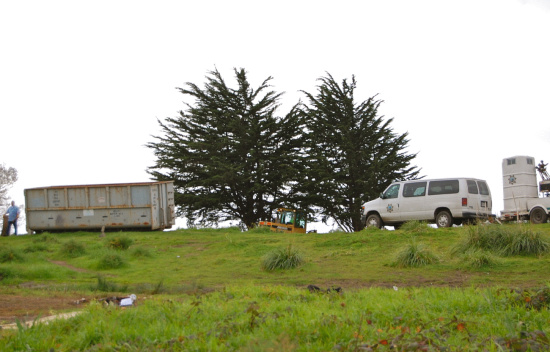 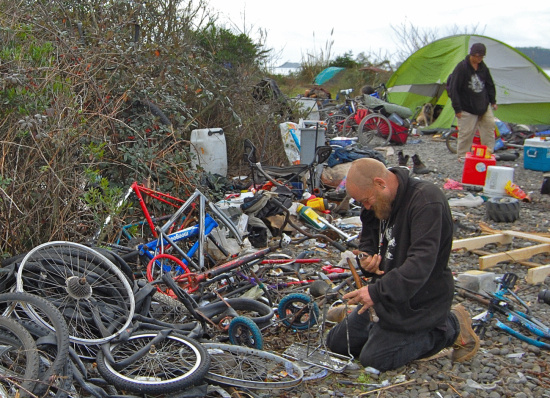 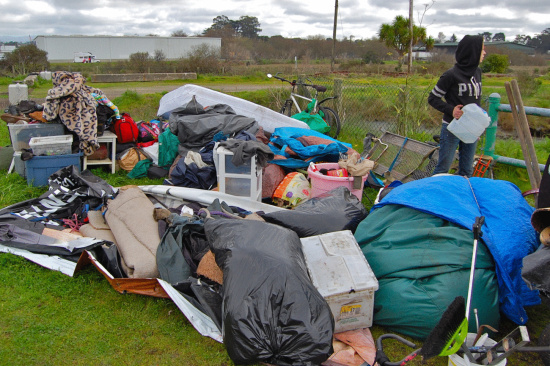