UPDATE, 8:53 p.m.: News Channel 3 reports 27-year-old Nick Lopez was arrested after his vehicle was allegedly found to contain a live grenade and a .22 caliber rifle. Lopez was pulled over after spinning his tires on 12th Street.

The plan is to detonate the grenade somewhere safe. 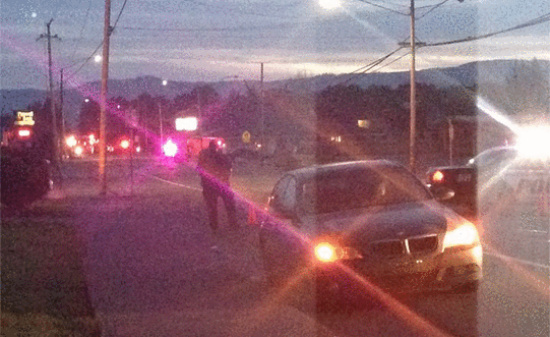 In addition to the vehicle vs. pedestrian accident earlier this afternoon, 12th Street is the scene of another incident currently in progress.

Scanner traffic indicates that Fortuna Police and Fire have responded to a call of the discovery of a live grenade in a vehicle. 12th near I Street is blocked off to vehicle and pedestrian traffic. LoCO readers report that Fortuna High’s nearby gym has been evacuated. The Humboldt County Sheriff’s Office is apparently also en route.

We will update this post as more info becomes available. Below is the initial call from scanner traffic.