Since its inception, nearly four years ago, the Lost Coast Outpost has not only sought to be the place that delivers the best and mostly timely news it can deliver, given the resources at its disposal. It has sought, also, to be the place the county gathers ’round to chat. It has sought to use the medium as effectively as possible, understanding that this is the medium it is. This is not a newspaper transfered awkwardly to the Web. This is a two-way street. We talk to you and you talk to us, and then you talk to us some more and we talk to you some more until the line between you and us gets a little bit fuzzier than it had been previously, before the Internet was a commonplace.

On the whole, this is a healthy thing. News organizations always had sources; now our sources number in the tens of thousands and the distance between you and we here at LoCO HQ is never more than a quick email or Facebook message or blog comment. Sometimes that relationship wobbles a bit. I, personally, fumbled the dramatic news out of Fortuna that lit up our Facebook page yesterday, and it ended up getting out there much later than it should have. But much more often than not it works very well. Kym, Andrew, Ryan and I do our respective things, but our readership is infinitely more important than any of us. And not only in a business sense, but also in the practical matter of bringing other people in the community information. And it has always been this way, since long before the Outpost or any of its readers or writers were born.

The growth of the Internet as a means of delivering information and tragedy and funny, telling stories — doing all the things that newspapers used to do, with what we can now see are their obvious limitations — is, to my mind, just about the most exciting thing going. That’s why, when I see something like The Week’s recent retreat from the possibilities of the medium and into a safe fetal position, I shake my head in wonder. Why would you do that? Why would you say: Hey, you want to talk about our stories? Go sign up with Mark Zuckerberg first, and then do it over there with people you already know! Don’t do it within our earshot!

Why would you do that?

I personally love comment sections very much. I like perhaps 97 percent of the Outpost’s comments — a far higher percentage than most people, I realize. Naturally I like most of all the people who have something to say about one of the stories we have published — people who can offer more information, or some expert understanding, or a different way of looking at things. But I also like the people who come in blustery and bullheaded, seeking to make their mark on the world via a silly handle. They are so human. I made this case a while back in greater detail.

But some readers, it seems, are not buying it, and I suppose I understand where they’re coming from. They don’t want the gritty, largely unfiltered and poorly punctuated word from the street. They want an experience that elevates them spiritually. I get another long email from someone just about every week, begging the Outpost to shut off comments a la The Week, or requiring people to log in with a Facebook account, or to do something else entirely, anything else, to stop the pounding in their ears. I know one person — an Outpost contributor, actually! — who went so far as to install a special app to block the comments from appearing on her phone, lest she be tempted to read them.

These people want more exclusivity. Other people want less. (The Outpost, in case you don’t know, habitually deletes comments and blocks commenters — dozens a day.) What we’re seeing is not unlike the speciation of finches Charles Darwin encountered in the Galapagos. Different people want different things. It’s natural, I suppose.

The other day I was out walking on the Boardwalk when an idea struck me all at once. I saw what we could do and how I would do it. When I came back into the office, Ryan gave me a puzzled look. “What are you smiling about?” he said.

What I was smiling about is what we’re doing now. We’re doing this the Internet way — not by taking things from you, but by offering you more things.

As of today, the Lost Coast Outpost comment section is going Choose-Your-Own-Adventure. You like the way things have always been, except maybe a little bit less heavy-handed in the moderation department? You got it. You want tightly controlled discussion, with the least possible amount of rage or hard feelings? You got that, too. Everyone gets to choose the Lost Coast Outpost commenting regime they feel most comfortable in.

Here is a brief rundown of each of the three Lost Coast Outpost commenting experiences that are available to you as of this moment. 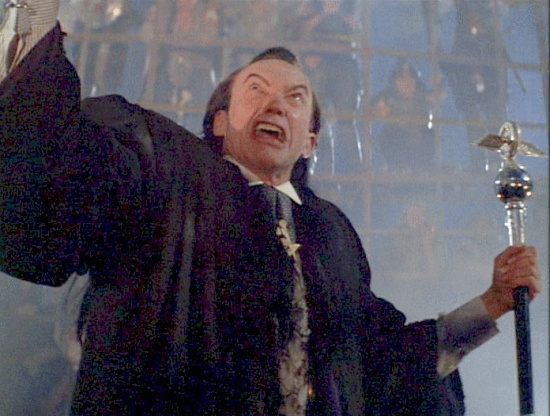 You don’t have to enter the Thunderdome looking to scrap. You could just pop in with a brief observation, a wry joke, a random non-sequitur. But you know the odds. Step up often enough and someone is going to have beef. What you do with that is up to you. Maybe you just go on with your day. Maybe you dodge. You weave. You strike back with a knockout blow, reducing your opponent to a blubbering puddle of man-tears! Writing is fighting, and nowhere more so than in the Thunderdome.

What we have here is pretty much the status quo ante, and so everyone starts off there. Like before, you don’t need an account to comment – just type in your fake email address and whatever handle occurs to you at the moment and bam! You’re up in the scrum. (You can also comment as a registered user, of course — just as before.)

The only real difference between the Thunderdome and Outpost comments as they used to be is that it will be less restrictive. We’ll still delete and ban people – and Toodles them too! – but we anticipate that we will be doing it far less. Here’s what might get you booted from the ’dome:

If you are banned, remember: Anonymous commenters have no rights! There is no court of appeal! If you flame out in the ’dome, don’t come crying to us! You chose your path, you beautiful Visigoth. 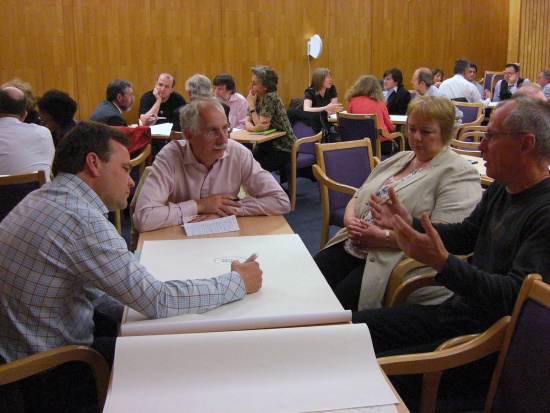 When people of finer sensibilities tremble at the howling hoi polloi, where may they seek refuge? The Country Club! A never-ending feast of reason and flow of soul, where the great issues of the moment can be anatomized and debated. At the end of the day, everyone shakes hands and leaves richer for the experience. The Country Club pairs well with a nice pinot gris.

All the rules that apply in the Thunderdome apply here also, naturally — but more stringently so. The bar is a great deal higher all around.  What we’re looking for is civilized conversation. You can still write with passion, you can still get angry, you can still make cutting remarks, but it has to be clear that you’re doing these things in the service of something larger than self-aggrandizement. Don’t be a jerk. You all understand what that means, right? That’s why you chose the Country Club.

I envision that there will be two categories of Toodlesing in the Country Club. Either you are an unredeemable case that will be relegated to the Thunderdome for life, or else you will be sent down to that Purgatory for, say, 12 hours or so, there to consider the error of your ways.

Nothingness. No rules. No strife. Because no comments. Be at one with the post.

OK, you ready to go? Look down at the bottom of any Lost Coast Outpost post for this handy experience-chooser:

(Yes, if you’re on your phone it will look somewhat different.)

You’re in the Thunderdome, right? If that’s where you want to be, you need take no action. Otherwise, you may click yourself into either of the other two worlds. The system will remember your choice – every subsequent Outpost story you read will carry with it your preferred commenting experience. You may reverse your decision at any time.

Now, note that your chosen world is your chosen world. If you go Country Club, you will never see a Thunderdome comment anywhere on the site, and vice versa. The only indication that the unchosen worlds even exist will be right there in the toggle between them, which will be at the bottom of every post. The number in parentheses next to each toggle’s header is a rough count of the number of comments that have accrued on that story in each otherwise inviolably separate universe.

All right! Let’s do it! No one can be not happy with this.