This report originally appeared in the Anderson Valley Advertiser. Reprinted with permission. 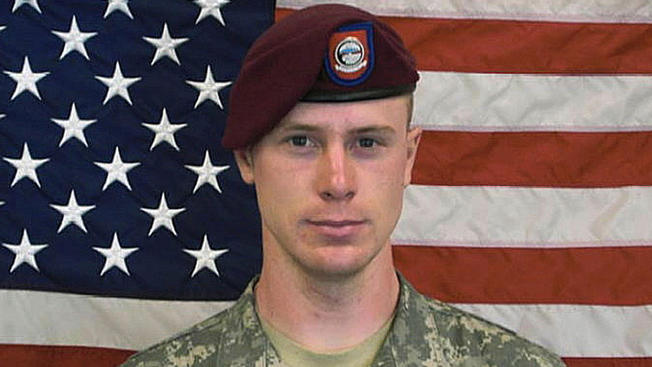 Bowe Bergdahl, the once-missing U.S. soldier in Afghanistan released in a prisoner exchange and later accused of desertion, was an unexpected visitor in Mendocino County this week. He was visiting old friends when the local dope team arrived on a marijuana raid. Bergdahl, who is awaiting military court martial, had an Army pass allowing him to be in Mendocino County. He apparently had no connection to the dope grow. Still military authorities were notified, and after calls “all the way up to the Pentagon,” he was turned over a military escort who came to Ukiah to fetch him.

Sheriff Tom Allman confirmed Thursday morning that Sgt. Bergdahl was indeed in Mendocino County on Tuesday morning when the County’s drug task force raided a property on Tomki Road, Redwood Valley. Bergdahl, who is on active duty while he awaits his court martial, “was not involved” in the marijuana operation, the Sheriff said, adding that Bergdahl was “above politeness” as several people from the home where Bergdahl was visiting were taken into custody. The Sheriff said Bergdahl had “readily produced his military ID.” Instantly aware that the Sgt. was a high profile person, the Sheriff’s Department quickly confirmed that Bergdahl was on an authorized leave to visit friends in Northern California and uninvolved with marijuana production.

Bergdahl had arrived last Friday at the remote property 7 miles northeast of central Redwood Valley, and was scheduled to return to the East Coast on Wednesday. He was not arrested. At the Pentagon’s request, the combat veteran was transported by the Sheriff’s Department to Santa Rosa where he was met by an Army major who was to accompany Bergdahl to his duty station near Washington.