Additional fire crews were dispatched to McKinnon Hill Road off U.S. Highway 169 around 2 a.m. this morning. Calfire is referring to the incident as the Queen Fire, and has not reported any level of containment.

According to the U.S. National Weather Service, lightning has not been detected in the area for more than a week and smoke appears to be spreading to the northeast and southwest.

Scanner traffic indicates firefighters are asking campers to voluntarily evacuate the Fish Lake Campground near Bluff Creek Trail due to a fire burning several miles away.

There are no reported road closures at this time. This post will be updated as more information comes in. 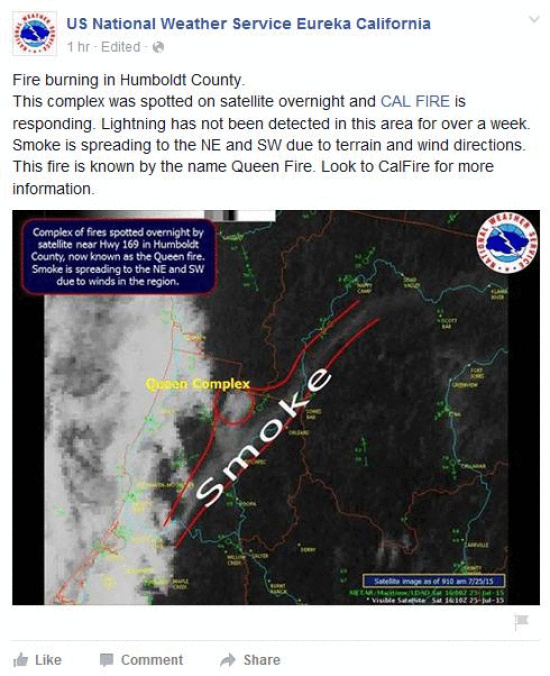