[As mentioned earlier today, this week the Eureka City Council will attempt to wrap its soul around the bummer 2015-2016 budget over a series of meetings. Specifically Wednesday, they’ll look at potential impacts to, among other handy things, fire coverage.

In the letter below, Jeff Broberg, speaking on behalf of Humboldt Bay Professional Firefighters Local 652, attempts to rally the community against budget cuts proposed by Eureka’s City Manager.]

Measure Q passed last November with nearly 67% of the vote. Its margin of victory was the most decisive in recent memory in Humboldt County. The percentage of victory is made even more impressive when you consider the large number of votes that were cast in favor of continuing a tax.

Unfortunately, citizens of Eureka now find themselves in a position to defend that vote on June 3rd in council chambers. City Council will hear the new City Manager’s recommended budget cuts to public safety, along with public input from those in attendance. Who will Eureka City Council listen to? I think they should listen to the ​results of the election​. They already heard loud and clear in the form of votes what to do. Was this vote just a suggestion? Are these results to be outweighed by the personal opinion and recommendation of our new City Manager to close Fire Station 4 anyway? Who will Eureka City Council listen to? 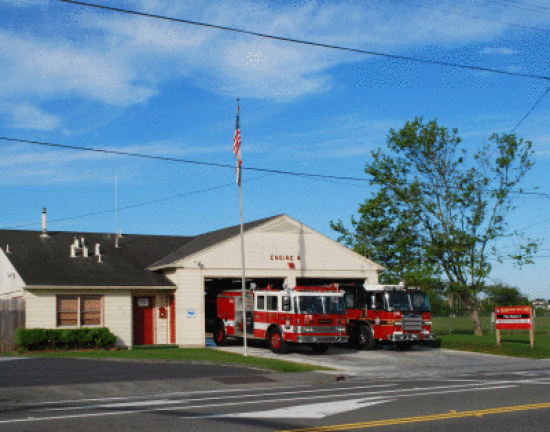 Last August, the City Manager of Eureka made it clear to public safety labor groups and department heads that serious cuts were certain if the ½ cent sales tax (Measure O) is not renewed as Measure Q in November. The cuts were published on a pamphlet from the City Manager’s Office and on the City’s website. Most notably was the closure of Fire Station 4 at Myrtle and West, and the loss of Eureka Police Department’s Problem Oriented Policing Unit. Together with the community, your firefighters and police officers fought against these cuts by way of a citywide campaign and the election process.

Humboldt Bay Firefighters stand with the voting majority who supported Measure Q. The voters passed measure Q so as NOT to have these cuts to public safety. Who Will Eureka City Council listen to? The voters? The City Manager?

The City Manager had publicly defended the decision to close Fire Station 4 even with the passage of Measure Q stating that it was your firefighters who made the erroneous claim that Measure Q would keep that station open, not the City. This inaccurate redirection of blame and forgetfulness is very disappointing. This is a direct suggestion that your firefighters misled you. Humboldt Bay Fire’s mission is to serve the community not deceive it. To the City Manager’s credit, when facts to the contrary were clearly pointed out to him in plain sight, he did publicly apologize in a letter to the Times-Standard.

Humboldt Bay Fire held a meeting with Eureka’s City Manager recently to give him the opportunity to clarify his stance on cuts to public safety even after the passage of Measure Q. The City manager discussed the need to cut “discretionary” spending from the City’s budget. When asked for an example of a discretionary expense in the fire department budget. He answered “Fire Station 4.”

I don’t think the citizens served directly by Fire Station 4 including citizens living at Silvercrest and Alder Bay Senior Living would call their fire station “discretionary”. Considering an unconscious heart attack or stroke victim has precious few minutes for survival or that a fire doubles in size every minute, I would hardly call a few extra minutes because of a closed fire station “discretionary”. Whose opinion should your city council listen to?

Eureka’s citizens are wise enough to know how easy it is to say that even 100% of Measure Q money will go to public safety. Unless this money is in addition to original general fund dollars for public safety you end up with a shell game that can easily put extra dollars anywhere else while technically “upholding” the “intent” of Measure Q. Eureka citizens expect their police and fire protection to be funded properly and fully from the general fund from the beginning.

Who should Eureka City Council listen to? Thousands of its citizens who clearly agreed to continue to pay a tax to keep Fire Station 4 open OR the City Manager who is advising council to collect this tax and make most of those cuts anyway?

If you are concerned about 1) the reduction of police and fire protection, 2) the sanctity of election results, and 3) the proper ongoing funding for public safety then attend the budget meeting on June 3​rd​ and make your council listen to you.