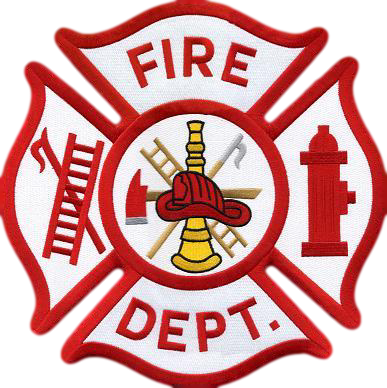 The Humboldt County Grand Jury today issued a report looking at the patchwork way we provide fire and emergency services in the county, and it more or less concludes that things are badly broken.

The grand jury counts 42 separate fire companies operating within the county’s 4,052 square miles, and 40 percent of that area is covered by no fire company at all. In many cases – most, perhaps – the firefighters have uncertain and dwindling funding sources, and their equipment and even personal safety gear is outmoded or otherwise on the verge of uselessness, posing a danger to the volunteers who we rely on to put out fires. The report includes tales of volunteer firefighters passing the hat to buy fuel for their fire engines.

What got us here? The Grand Jury blames a number of bad laws and long-term economic trends, starting with the decline of the Humboldt County timber industry, which used to provide an above-board, taxable income base for local fire districts and their residents. But it also points the finger at state law. Proposition 13 has made it politically challenging for fire protection districts to raise the money they may require, and another little-known section of the government code – the “Bergeson Law” – basically puts all the burden of fire protection in small, rural communities on the communities themselves.

How to fix it? The Grand Jury comes back with a series of recommendations, starting with the recommendation that the Humboldt County Board of Supervisors commit a healthy percentage of its new Measure Z sales tax revenue to rural fire protection. (This year the board gave $2.2 million, or about 25 percent of total Measure Z money, to the Humboldt County Fire Chiefs Association.) From there, the recommendations get more radical and intriguing. The Grand Jury advises the county to find permanent funding for rural fire protection, and to hire an official Director of Fire and Emergency Services to coordinate among the various fire companies, and to serve as an advocate for funding requests.

(Side note: The Grand Jury, in this instance defines “rural” in a rather curious way, for purposes of this report. They use the term to mean “anywhere but Eureka,” largely because Humboldt Bay Fire is the only local agency staffed completely by fulltime, non-volunteer firefighters.)

Finally, the report asks the county to undertake a study that would look at the possibility of overhauling, in a much grander sense, the entire bureaucratic infrastructure of firefighting in the county. Such a study would explore the idea of creating a unified special district or “county service area” that would unify, to one degree or another, funding and operations of firefighting companies countywide, and spread their jurisdiction out into areas not currently covered by a fire prevention district. Such models have been tried in other counties of the state, the report states – Amador, Alamada, Sonoma and a few others – and might prove worthwhile here.