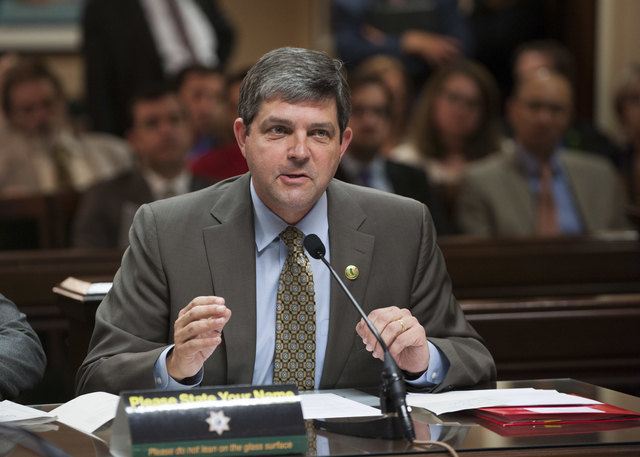 A bill aimed at curbing the environmental destruction caused by marijuana farming passed in the State Assembly this afternoon and will now move on to the State Senate for consideration. Assembly Bill 243 (aka the Marijuana Watershed Protection Act) was authored by North Coast Assemblyman Jim Wood (D-Healdsburg), who spoke to a SoHum audience Friday during a public forum on marijuana policy.

The bill, which can be read in full here, would require the all nine of California’s Regional Water Quality Control Boards to develop environmental protections that address wastewater discharges from medical marijuana grows. It would also “generally require” all medical marijuana cultivators (besides those growing only for themselves) to obtain a permit from their local city or county — or, if the local jurisdictions choose to shirk that responsibility, from a state agency to be designated by the governor.

Local jurisdictions would be free to set their own limits on the number of plants allowed for cultivation in each outdoor parcel and indoor facility. Wherever local jurisdictions left it up to the state, the limits would be 99 plants outdoors and just six indoors.

Some other key elements of the bill:

It’s unclear who would enforce all of these new regulations. A multiagency task force has been working with the Department of Fish and Wildlife and State Water Resources Control Board on a pilot project and enforcement efforts in hopes of curtailing “the damages caused from marijuana cultivation on public and private lands in California,” according to the bill’s text.

If the bill is approved by the Senate it will go to Governor Jerry Brown’s desk, and if he signs off on it the new law would go into effect next July.