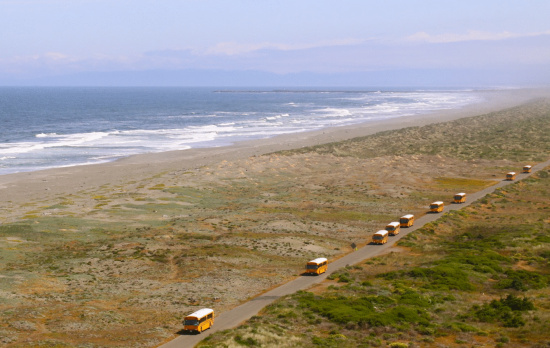 Wednesday, while you were toiling away at the cracker factory, Humboldt’s young were hanging around with their buds at the beach. This laze-about generation!

We kid. Actually, they were up to good. See, today is Kids’ Ocean Day, part of a California Coastal Commission statewide marine detritus education program handled locally by Friends of the Dunes. This morning, somewhere in the ballpark of 1,000 youth invaded the South Spit to learn about biodiversity, neutralize trash and pull invasive plants. The Coastal Commission started the program in 1994 and it’s been organized locally since 2005.

The future environmentalists, ranging in age from 7th grade down to kindergarten, spent the morning yanking mainly European beachgrass. Some of the larger piles of eradicated invasives were taller than most of the wee ones making them. Levels of merriment and horseplay exceeded standard school day levels. 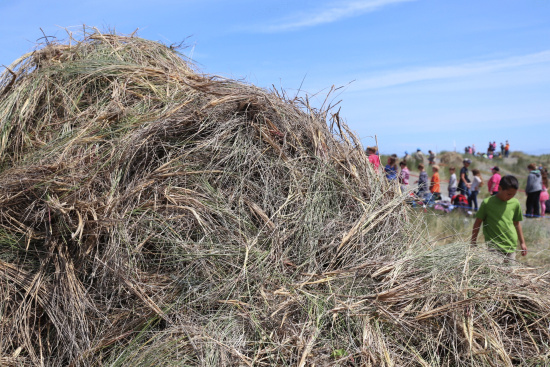 Today’s beach-y field trip was preceded by in-class presentations staged by Friends of the Dunes, which focused on the diversity of local ecosystems and the impacts of human activity on them.

“Basically the message is this planet is not just ours,” said Suzie Fortner, FOD education manager. “There’s a lot of species that we share it with and we need to take care of it for everybody.”

After the dune prune, and because they totally knew LoCO was coming, the junior biodiversity-loving army assembled into a giant Green Sturgeon — an animal that, according to Friends of the Dunes, “emphasizes the interconnection of our watersheds, estuaries and marine environments” — just so we could have something adorable for our little website. You guys! 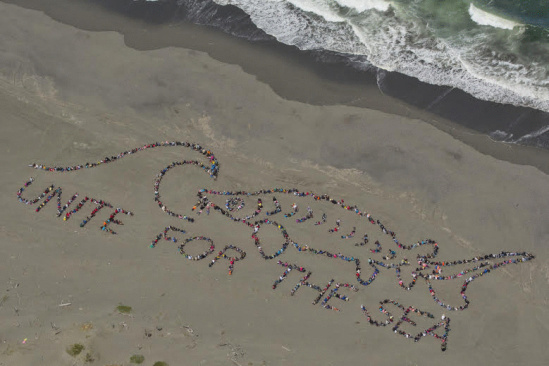 Local pilot Mark Harris and photographer Patrick Cudahy teamed up to document the giant kid sturgeon in the aerial shot above. As they made multiple passes over the child mass below, they passed between LoCO’s lens and today’s sun halo, as seen below. 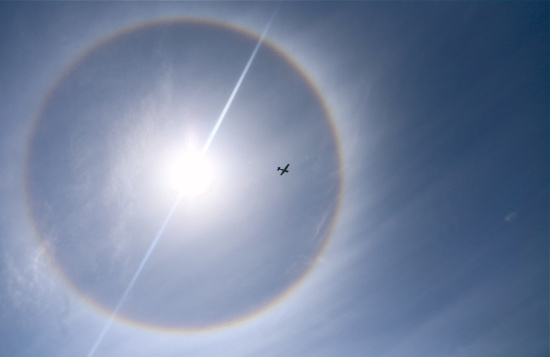 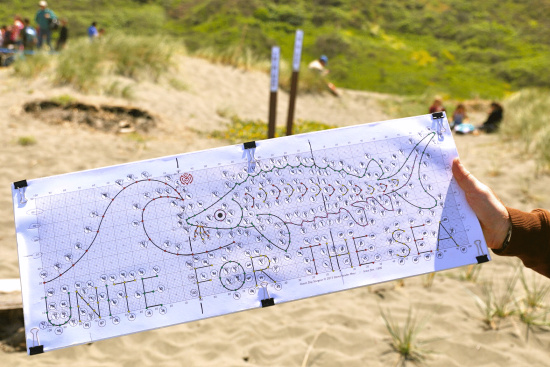 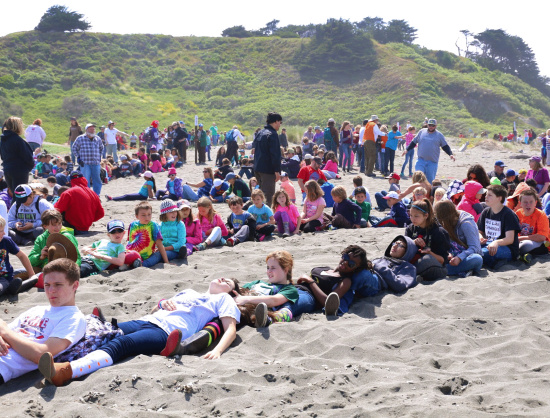 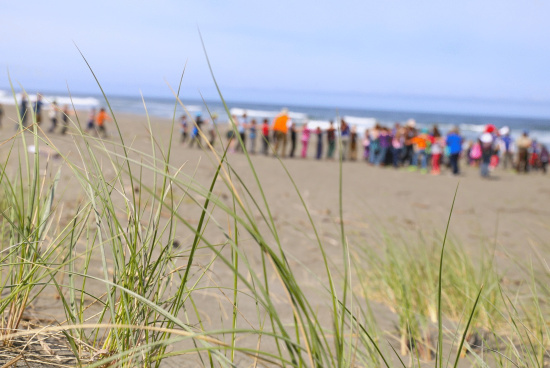 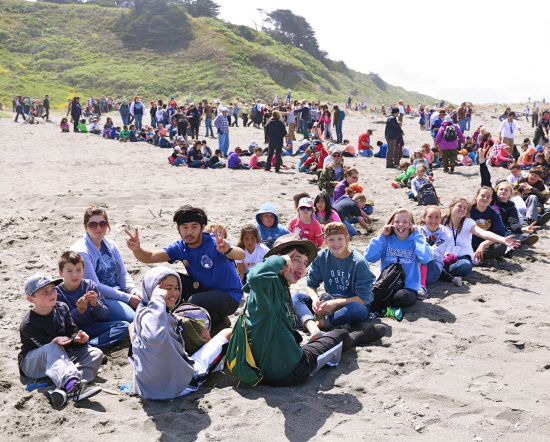 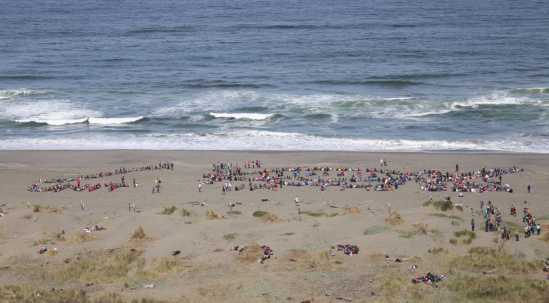 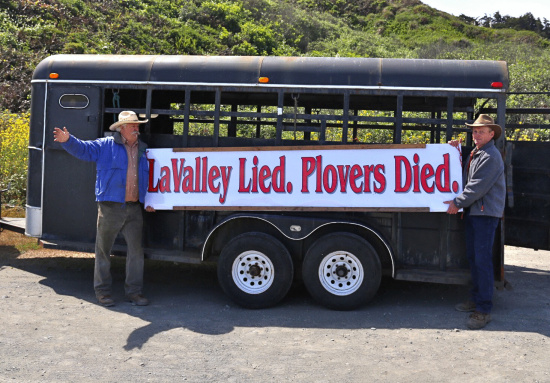 But, as the cliche goes, every party needs a pooper. Thus, LoCO would be remiss if we didn’t mention the mini-protest staged in the parking lot adjacent to the beach where the kids worked/played.

When LoCO arrived, the opposition consisted of two sign-wielding dissidents: beach grass defenders Dennis Mayo and Uri Driscoll. The pair’s trail access advocacy has been well-documented in the past — in short, they argue that removing European beachgrass destabilizes the dunes which, they say, is bad.

Without getting too much into it here (rest assured, there will be comments), if you’re curious, below is audio of our brief conversation with Mayo and Driscoll wherein they expand on their motivations for protesting a kids’ field trip:

“They have the right to their opinion,” Fortner said when asked about the protest. “I guess I’m a little disappointed that they chose to do it at this event because it’s supposed to be a fun day for a kids.” 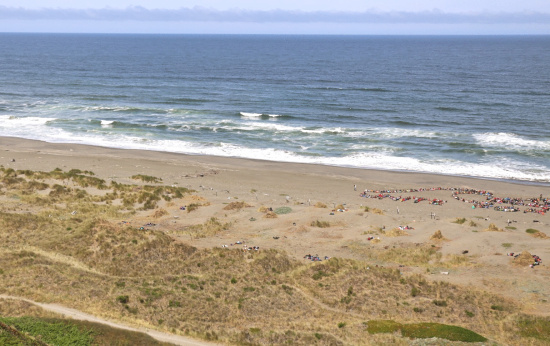 The area of the South Spit, on the right, where kids pulled invasive plants juxtaposed against the untouched zone to the left