(UPDATED) Fire at College of the Redwoods Humanities Building

UPDATE, 4:37 p.m.: Humboldt Bay Fire’s Bill Gillespie tells the Outpost that this was a pretty small incident that could have been worse, had not CR staff climbed to the roof and attacked the smoldering air conditioning unit with portable fire extinguishers: 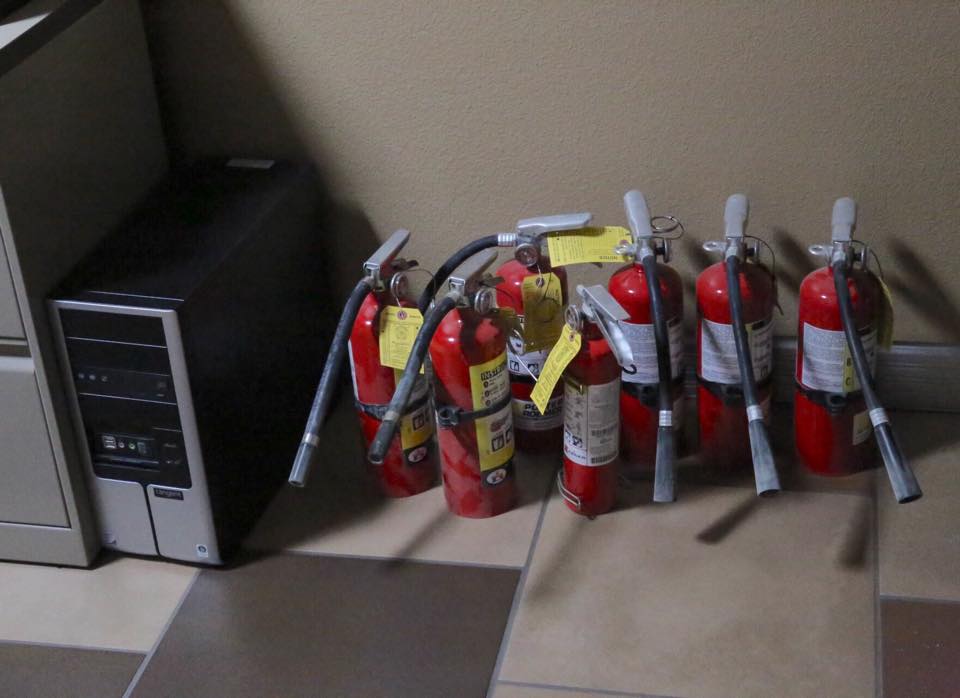 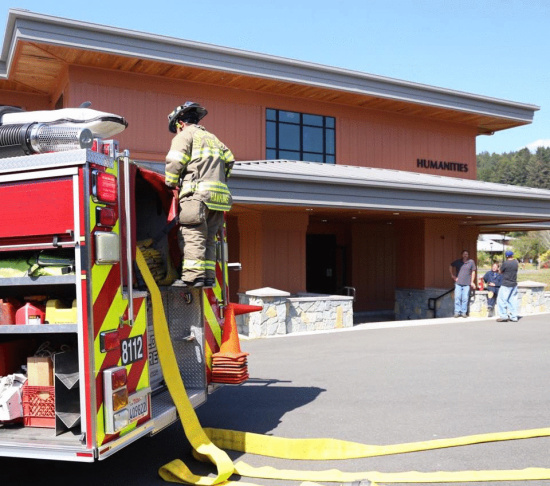 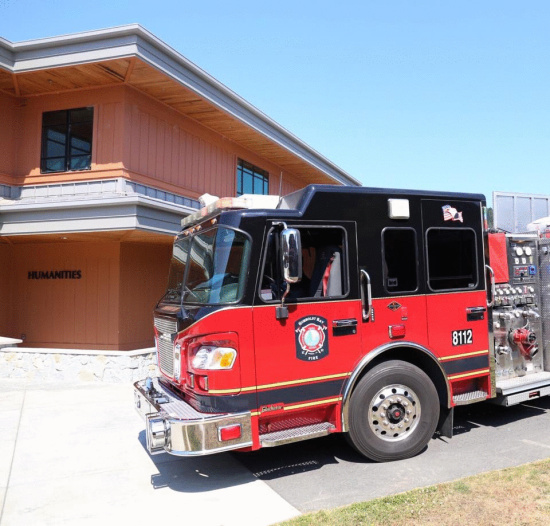 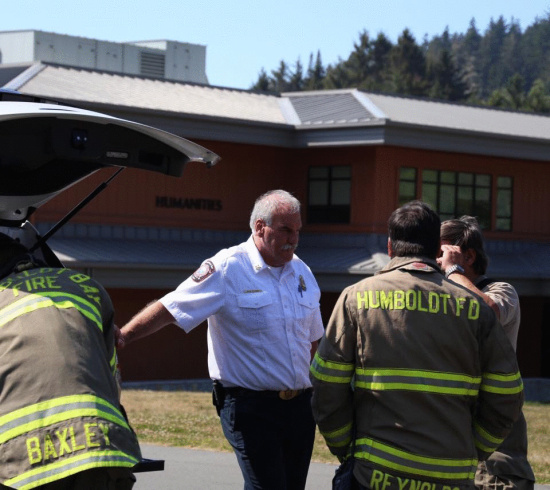 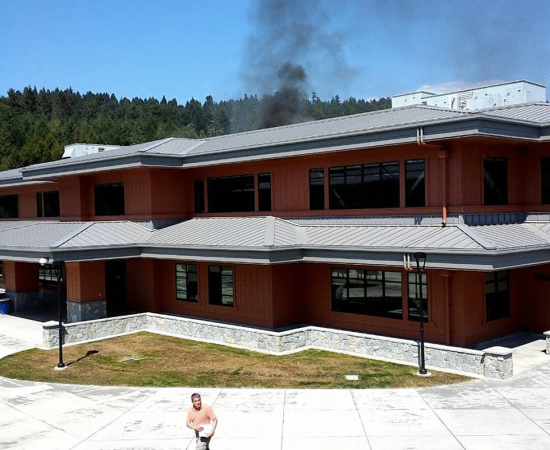 UPDATE, 4:02 p.m.: Firefighters are now deescalating this. The second alarm has been canceled, and several trucks are returning home. There was some indication that the problem may be confined to a piece of ventilation equipment on the roof of the building.

Minutes ago, Humboldt Bay Fire and the Loleta Fire Department have both been called to a structure fire at College of the Redwoods. As seen in the photo by reader Derek Long, above, smoke is coming from the roof of the Humanities Building.

They’re sending a lot of firefighting resources down that way. We’ll be updating shortly.