Hey, Arcata – Are You Ready for a Giant ‘Marijuana Innovation Area’ Out on West End Road? »

Four, 12 or 24: What Percentage Will Eurekans Have to Reduce Water Usage? 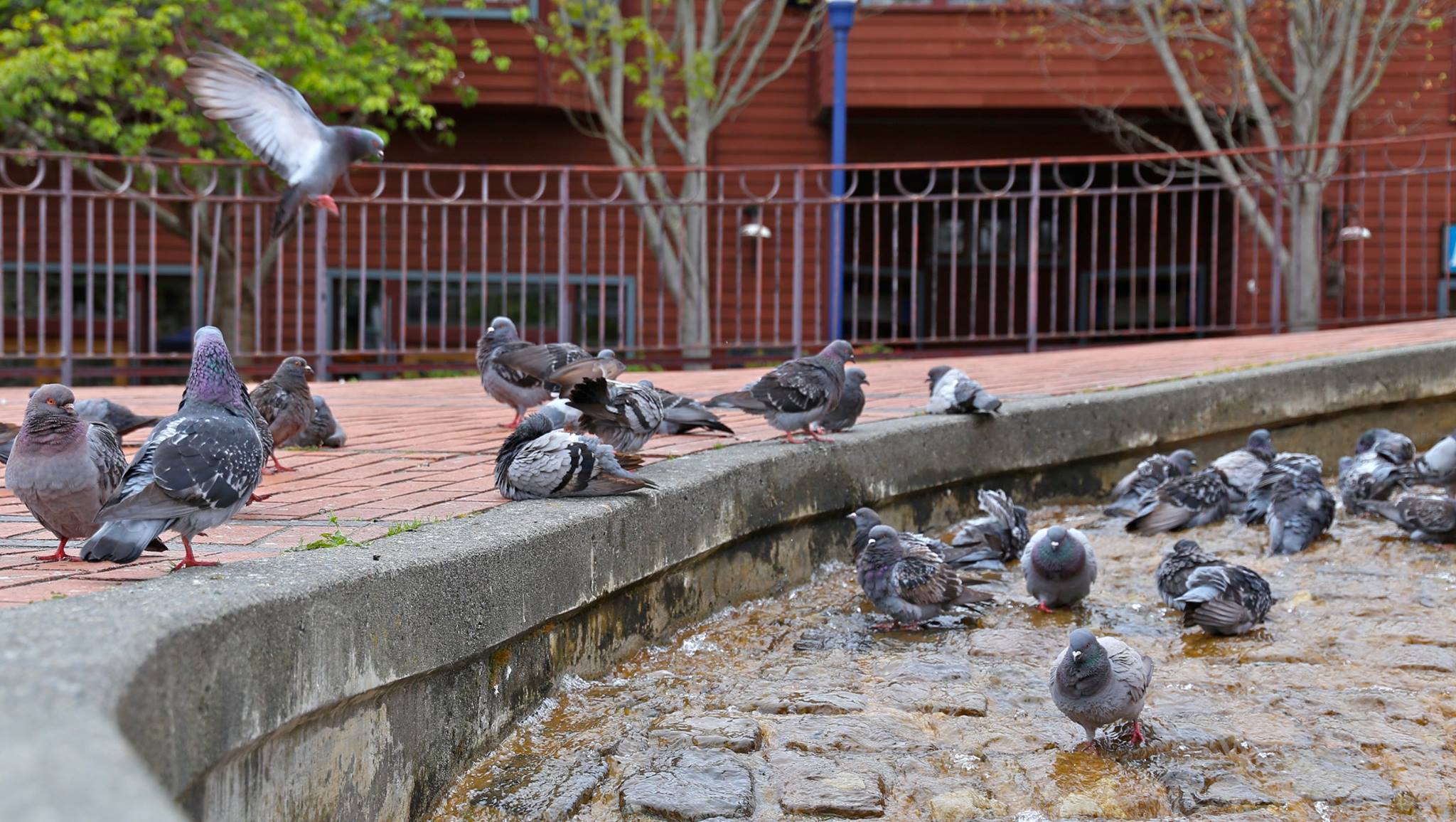 Enjoy it while you can, pigeons. Photo by Andrew Goff.

Residents and businesses in Eureka, like everywhere else in this parched state, will soon be ordered by the state to reduce their water use. But here in the county seat the amount of that pending reduction remains an open question.

Here’s why: The state first started requiring municipal drought reporting in 2013, so California cities kept track of their water usage from June of that year through February of 2014 to establish a baseline. Care to guess how much Eureka used over those eight months?

Me neither; I’ll just tell you. It was 860,874,000 gallons. Cities kept track again this past year and reported their water savings to the State Water Resources Control Board. The state board then developed a set of tiers, telling each city how much they’ll be ordered to cut water use.

Eureka reduced its water use by about 60,000 gallons, or seven percent, and was placed in tier six (of nine), which means it was ordered to reduce water use by 24 percent.

So is that that? Not so fast.

According to Brian Gerving, Eureka’s chief building official, the State Water Resources Control Board (SWRCB) also takes into account the percentage of water use that’s residential versus commercial, industrial and institutional use, and Eureka misreported that data.

“Our staff kind of made a guess about residential portion of water production,” Gerving said. “That estimate was incorrect.” Staff in the water treatment division, for example, don’t see the same data as staff in the billing department. The staff members who sent numbers into the state guessed that residential accounted for 95 percent of the city’s total water usage.

City officials have since logged on to the state’s website to correct the mistake, and if the SWRCB accepts the revised data it should knock Eureka down to tier three, which is only required to reduce water use by 12 percent.

But this entire issue of misreported data may prove a moot point because of an escape clause in the state’s emergency drought regulations.

As the Outpost reported last month, most of Humboldt County’s urban areas actually have more water than we know what to do with. The customers served by the Humboldt Municipal Water District, including residents and businesses in Eureka, Arcata, Blue Lake, McKinleyville, Fieldbrook and Manila, have a surplus of water thanks to the death of Humboldt Bay’s thirsty pulp mills.

The water district recently sent a letter to the state requesting an exemption from the emergency drought regulation for urban water conservation. There’s a clause in that document — Section 865 (c)(2) — that offers an out for urban water suppliers who get their water from their own hydrologic region (not counting groundwater) and have a reserve supply of at least four years. If we meet that criteria — and Gerving says we should — then we’ll likely only have to reduce our potable water production by four percent.

The worst-case scenario — that Eureka gets stuck in its current position and is required to cut water use by 24 percent — would be a tough nut to crack, Gerving said. Contrary to the initial, mistaken report, Eureka has a high rate of commercial, industrial and institutional water use, which can be tougher to cut. Industrial uses such as fish processing, hospital operations and the Lost Coast Brewery’s bottling facility can’t be cut back as simply as residential uses.

“I think the first thing we’d do is approach the biggest users and have one-on-one meetings to ascertain what steps each could take,” Gerving said. “If a large user was able to reduce by even 10 percent it would be really beneficial to the overall number.”

But Gerving and other local officials are hoping it doesn’t come to that. They’re waiting to hear back from the state, which could happen any day.