Matthew in the Middle: You’ll Never Work Environment In This Town Again! 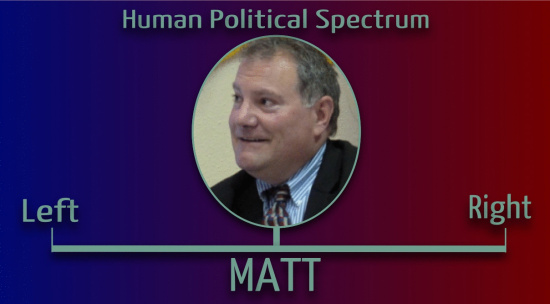 Stories from the 2014 campaign trail…

Last year a friend of mine who is part of the local environmental community endorsed my wife, Virginia Bass for her County Supervisor re-election, in writing no less. Although we have differing political views, we’re always able to share respectful, spirited discussions without one side resorting to yelling, being rude or delusional.

Then the sumbitch called less than a week later.

“Yeah, ummm, I’m doing this environment thingie and uhhh, if they get wind I supported Virginia Bass… that would be bad for me.  So I gotta pull my endorsement, okay?”

“Sure, no problem.  For only ninety-nine bucks I’ll take your name off her endorser list.”

“Yup, election law states at $99 or less I don’t have to report your name on any public report. You want your name off - it’ll cost you $99.”

Eight weeks went by and the cheap bastard hadn’t sent the check.

I know where you live!

I know where you work! Yes, some in the environmental community actually have a real job in the private sector.

So I threatened him with Humboldt County shunning.  That’s right, the environmental community pretending he’s not alive (sounds a lot like how I’m treated by them).

Gimmie the check or it gets leaked throughout Humboldt County that you endorsed Supervisor Virginia Bass for re-election!

You won’t be able to show your face at any environmental event ever again.

Send me the damn check or you’ll never do environment in this town again!

UPDATE: It only took nine weeks and the threat of a “Matthew In the Middle” column to get the check from Mr. Slowhand. You can locate his name on the 460s … or not as he will be one of many “mystery donors”. Election laws state that any contributions of $100 or more (cumulative in a calendar year) must be reported. $99 and less are not reportable and will remain a mystery.

You decide. I call it the “Rob Arkley litmus test.”

Here’s Executive Director of Friends of the Eel River Scott Greacen’s quote from the NCJ’s recent cover story “Growing the Machine,” “The environmental community would have long ago sued the (cannabis) industry into compliance if it existed with a single fixed address and phone number, instead of thousands of them.

So let me get this straight, you know of thousands of outlaw marijuana growers who are polluting our environment … and you do nothing?

The environmental community has access to the latest real estate holdings from public records and Google Earth so they know who owns what land and could have gone after the bad actors in the cannabis trade. Remember, if you want to make a grown man cry, make him hire an attorney.

Let’s pretend Rob Arkley was an outlaw grower in the hills of SoHum or Willow Creek sucking the streams dry and destroying the land. How many hours would it have taken our local environmental community to have their Bay Area attorneys file a lawsuit? Think of this, had the NEC (Northcoast Environmental Center), Friends of the Eel River and EPIC filed thousands of lawsuits against all the bad dopers, Humboldt County would be a very different place today

Do you think it’s just rumors that the local environmental community has their fair share of outlaw growers and much of the donor base is growers with the bags of cash donations to keep your hands (lawsuits) off us? Amber Jamieson, EPIC’s former office manager, was arrested in 2011 with 495 pounds of processed packaged marijuana with a street value of $594,000 and some 298 marijuana plants. So is EPIC part of the solution or part of the problem? (Note to local law enforcement: if you Google Earth “Rock Pit Road in Fieldbrook, CA” you can have your choice of industrial mega-grows to bust for the next few weeks as I can see all types of environment damage being done in the name of marijuana cash.)

I’ll go even further referencing Peter Pennekamp’s excellent “County Gone To Pot” Times-Standard letter to the editor where he said, “… where is the anger and organizing to stop the insidious damage from the marijuana industry?”

Can you tell me what the local environmental community has done against all the bad marijuana growers who have devastated our County for the sake of cash over the past 30 years?

Moving on… quoting EPD Chief Andy Mills who says the homeless population behind the Bayshore Mall “produces 25 to 50 gallons of urine and about 100-400 pounds of human feces daily. That turns out to be 146,000 pounds of human waste per year that flowing into the marsh area. Not to mention all the syringes, batteries, oil, spray paint, trash, shopping carts and other debris that comes with the camps.”

During his PowerPoint presentation to the Eureka City Council, Chief Mills showed a photo (below) of a biohazard waste truck saying, “…one of these per month is going into the bay.” 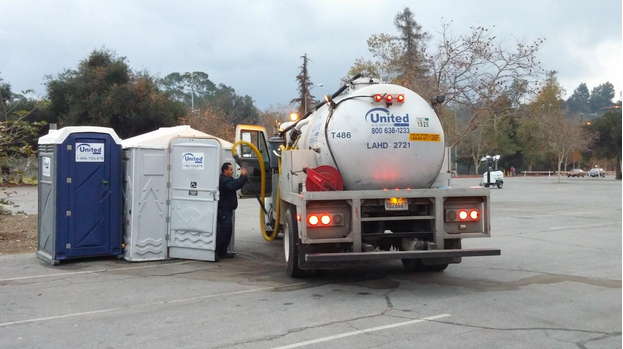 So, here’s a simple question… what is Baykeepers doing about this?

If Baykeepers really cares about the quality of our Humboldt Bay, what are they doing about the pollution they know is seeping into our bay each and every day from the homeless population?

I know it’s not politically correct (or profitable) suing homeless folks as they don’t have deep pockets of cash. Heck most don’t even have pockets. So could Baykeepers have at least paid for some porta-potties down at Devil’s Playground and maybe organized monthly clean-ups of all the garbage and spray paint cans floating in the marsh?

Is it all about progressive community’s perception to each other and lawsuits against wealthy individuals and corporations or is it about grassroots volunteering to keep our environment pristine?

What do you your eyes tell you?

-PREVIOUS MATTHEW IN THE MIDDLE-