HARDIN: I Give Thanks »

(PHOTOS) Bud, Edibles and Concentrate! I Was a Judge at the Humboldt County Cup 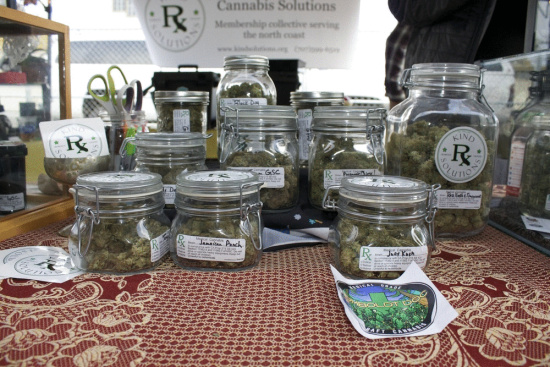 It’s a sunny fall day in Arcata, early afternoon, and I’m on my way to pick up my sample packet. I’m going to be a judge in the Humboldt County Cup, a brand-new local cannabis competition put on by Humboldt NORML and a handful of local and state sponsors.

I arrive and the sample packets are laid out in a row on a table. They look like gift bags from an upscale event. Posters, products and little bags of buds peak out of the top. I think there’s a vape pen in there. I fill out some quick paperwork. Copies are made of 215 recommendations. You actually have to join a collective set up for this purpose before you can take possession of the samples. It’s as above-board as it can be. I meet one of the other judges, a reggae artist from Jamaica and I’m out of there feeling like I just robbed a dispensary.

I get the sample packet home and dump it out on my kitchen table. There are about 100 different items. The majority is bud, separated by indoor indica, outdoor indica, indoor sativa, outdoor sativa, CBD, both CBD and THC concentrates, a handful of edibles, candy, baked goods, gum and three topicals. The bud is mostly hybrid and is categorized by indica or sativa based on the dominant gene. No strain names. It’s a little overwhelming. I have a week to try it all and rate it. I feel like a little girl in a pet store. The bag also has some swag, like the previously mentioned vape pen. It’s a promo item from Emerald Genetics, one of the sponsors of the cup. 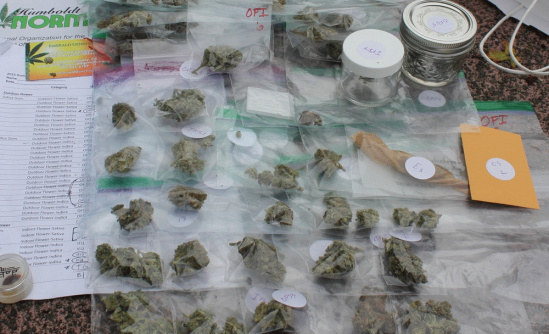 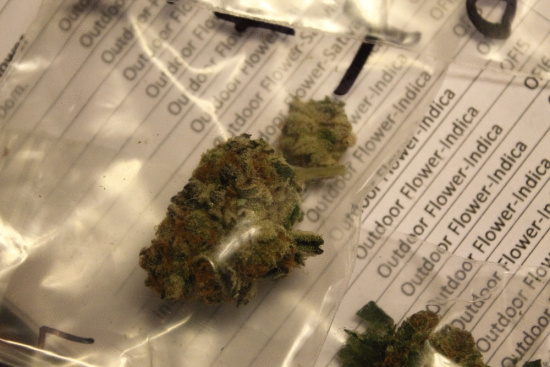 The official judging rubric is a simple spreadsheet: To the left are the categories and to the right are five boxes. The samples are rated from 0-5 in each category: sight, smell, touch, taste and effect. I decide to try my first sample. I load a small bowl of an outdoor sativa, labeled OFS4, into a new glass pipe bought just for the occasion. I take a couple puffs and write down my impressions. Fifteen minutes later I’m laughing. It’s strong. I’m going to need to be systematic about this, and also to try smaller samples. After all, this is only one of nearly 100. I organize some of the samples and come up with a plan. I’ll methodically go through them this week and end with a marathon session Thursday night to wrap things up. I decide to bring in some other experts from the Humboldt Underground staff to help out with specifics like concentrates, CBD strains and edibles that I don’t know as much about. My wife has a muscle injury so she volunteers to try the topicals.

Right about now there are probably a few of you wondering how I landed this gig. Or alternately, how can you get it. I met the organizer at a Humboldt NORML meeting, expressed interest in writing a story about the event and a couple days later was asked if I’d like to be a judge. It is probably only fair to mention my credentials at this point. I first tried cannabis 12 years ago in my early 20s, perhaps later than most. I immediately loved it. I was the first person I knew to get a 215 recommendation. In college I attended the Emerald Triangle Seminar and wrote my master’s thesis at Humboldt State University on cannabis policy. I presented my research at one of the first meetings of the Humboldt Institute for Interdisciplinary Marijuana Research. I’ve lived and worked in the community for eight years and I cofounded the Humboldt Underground, a site about Humboldt cannabis culture and politics.

In addition to the Humboldt Underground crew there are 11 other judges, and they’re pretty diverse. There are a few reggae artists, both local and from Jamaica, and a local DJ. Two of Humboldt’s dispensaries are represented, including the Humboldt Patient Resource Center as well as a local delivery service. The Emerald Magazine is providing a judge and there are also local farmers, connoisseurs and a breeder from Mendocino. All of the judges are encouraged to bring in their own crew of experts. One of the farmers has a sample in the competition but he is barred from rating his own sample. Event organizer Matt Smith-Caggiano tells me, “We wanted the judging to be as diverse as possible, I didn’t want people thinking it was just Matt and his buddies sitting around rating this thing.” He says the first person to buy a ticket to the event was also offered a position as a judge, but declined.

As the week goes on I try a handful of samples every night after work. The second night my brother stops by to find me sprawled on my couch. “I’ve been trying outdoor indica samples all night,” I tell him. A lot of this stuff is really strong and you need time between samples to give everything a fair shake. I watch movies and go for walks during the gaps. It’s fun but also a surprisingly difficult task to get through. I drop and spill more things than usual. I laugh a lot. I’m really blown away by the quality. Almost everything is really good. After all, Humboldt is not known for producing lousy cannabis. It’s the best in the world. 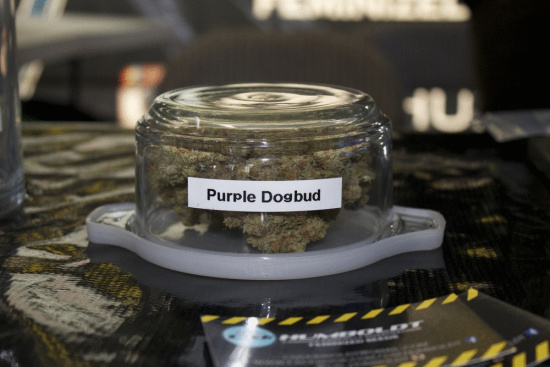 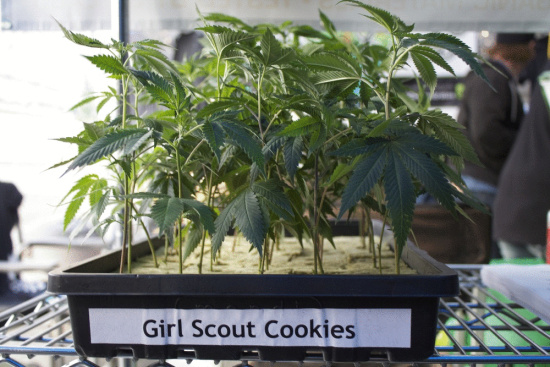 Thursday I get a text that the lab tests have come back and six samples have been disqualified: two flower samples and four concentrates. The test results showed contamination. Usually this means pesticides, mold or nutrients that weren’t properly flushed out before harvest. Thursday night arrives and my crew comes over to finish the job. It’s really fun. We joke around a lot and talk shop about the specifics of judging a sample. We order pizza. I have just one guy trying all 12 concentrate samples, a local grower who recently visited the Colorado scene. He does it methodically and with the calm of a Buddhist monk. “I’ve been preparing all week smoking lots of oil,” he says “Some of these I even have to taste two times.” Everyone laughs. We get through all the samples, many of them are rated by more than one person, and we average the ratings on an Excel spreadsheet. When it’s all done I say I’m going to take a week off but I’m back puffing the next night. After all, I have all these leftover samples to tempt me.

Talon Trujillo has an MA in Sociology from Humboldt State University and is a staff writer for humboldtunderground.com. 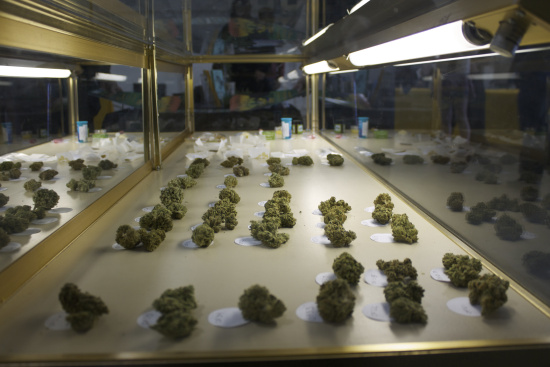 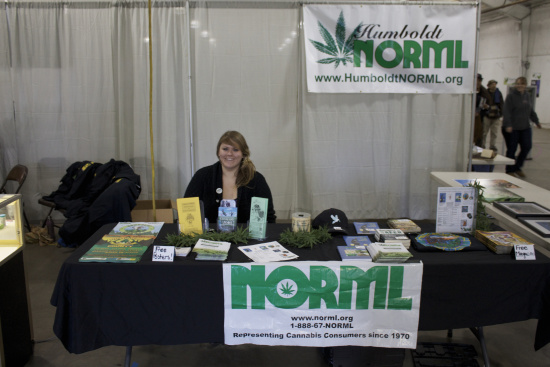 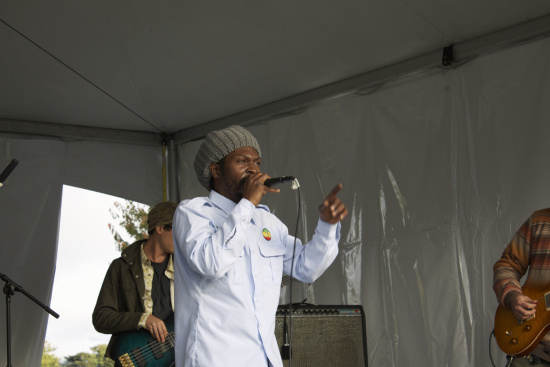 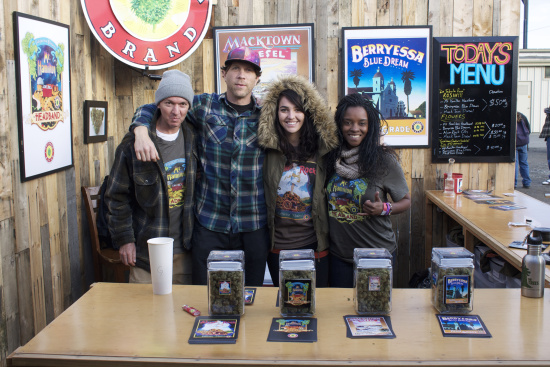 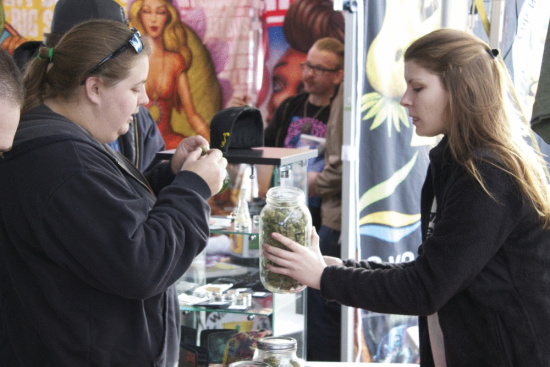 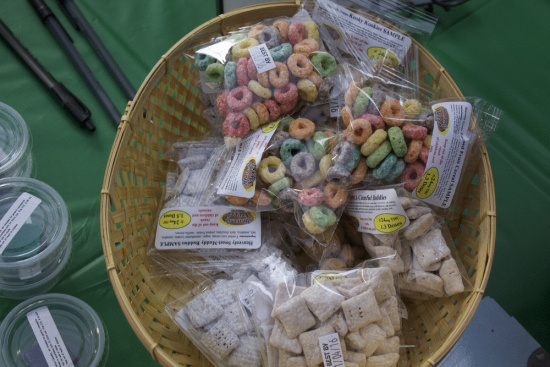 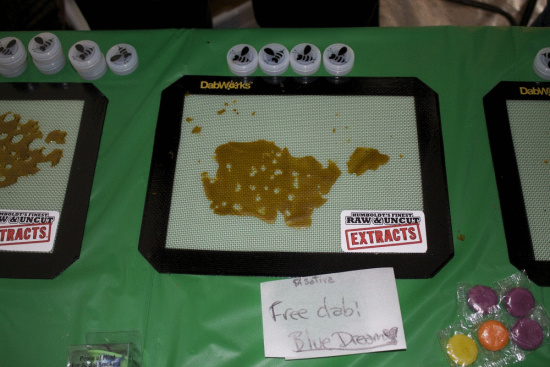 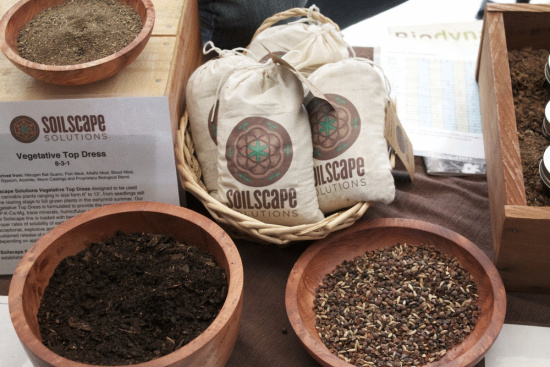 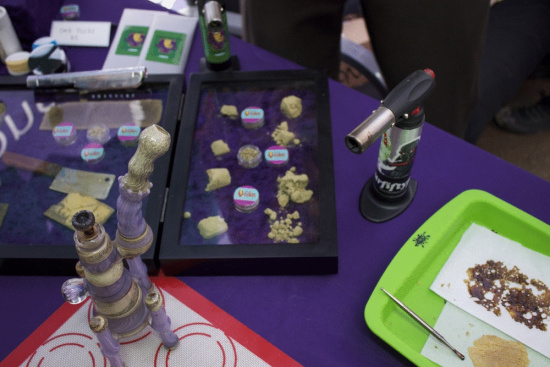 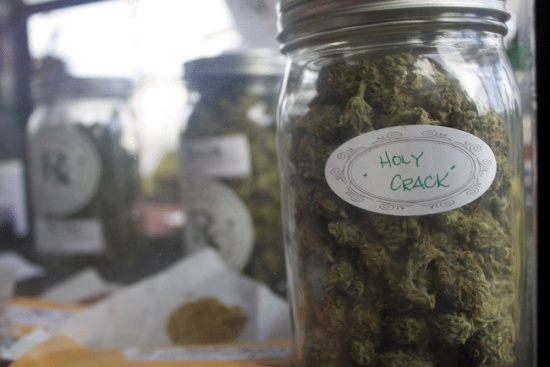 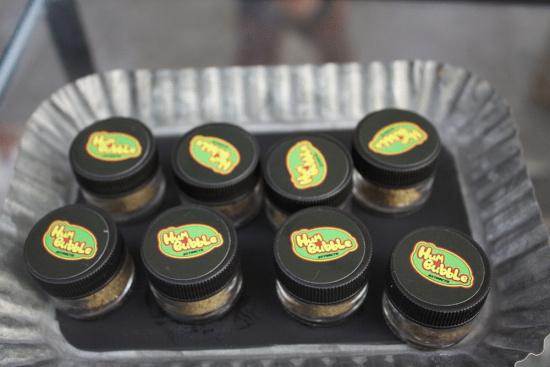 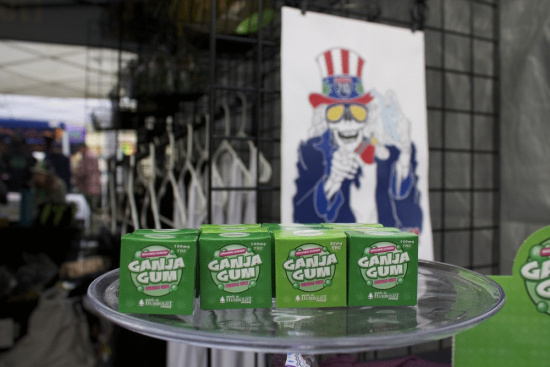 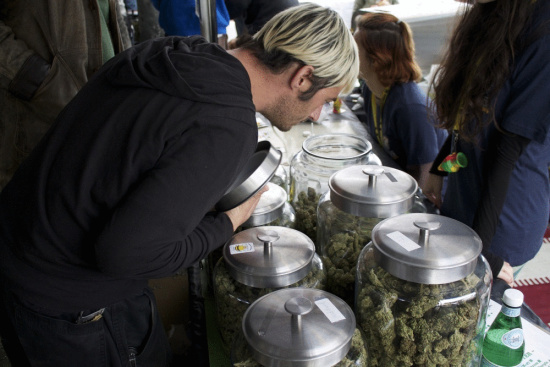 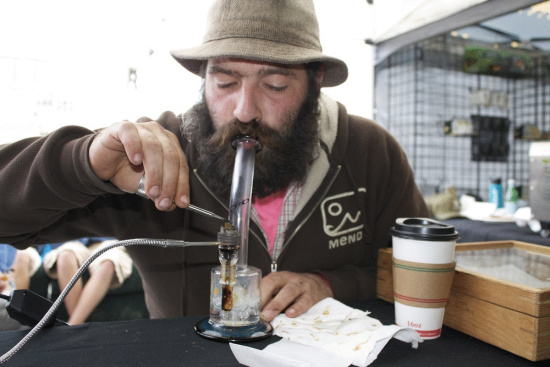 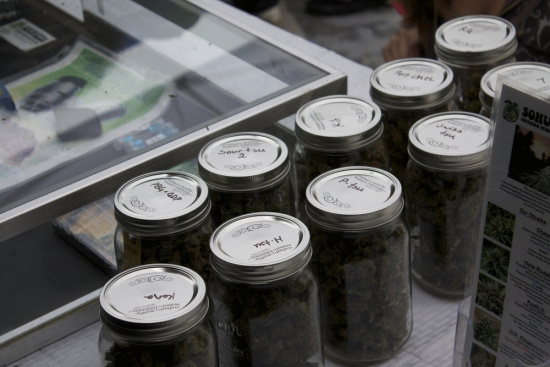 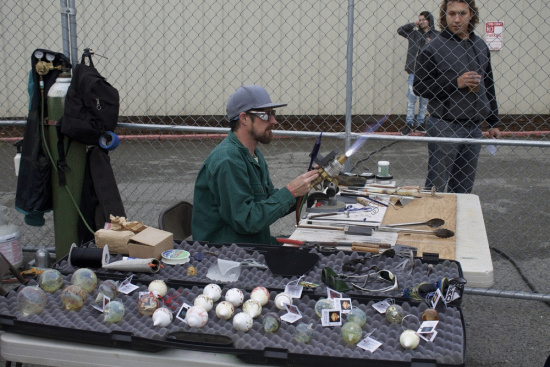 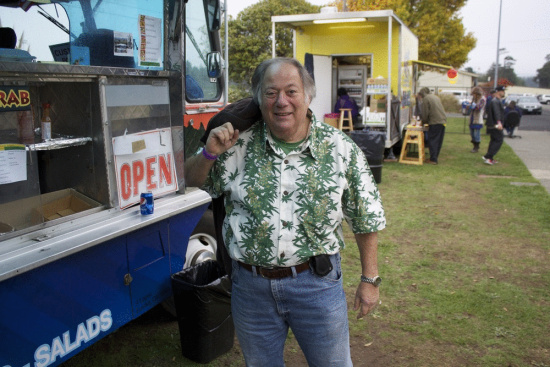 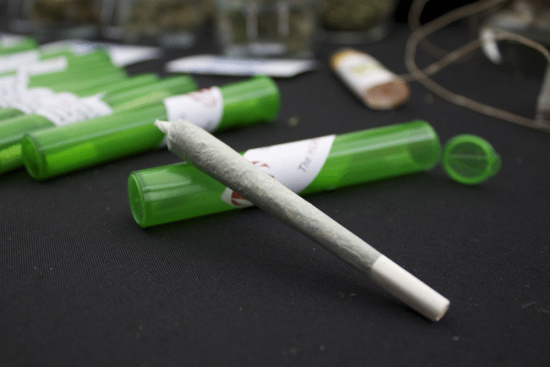 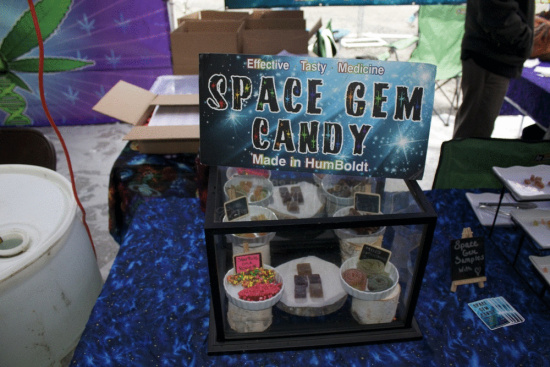 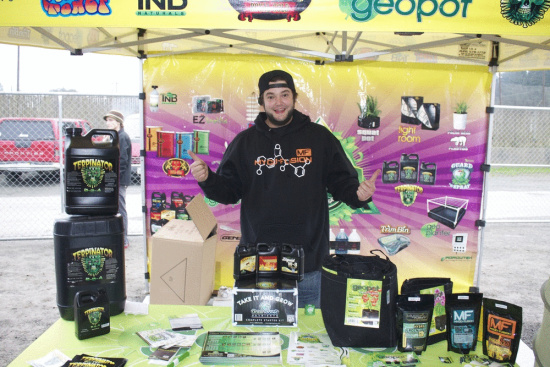 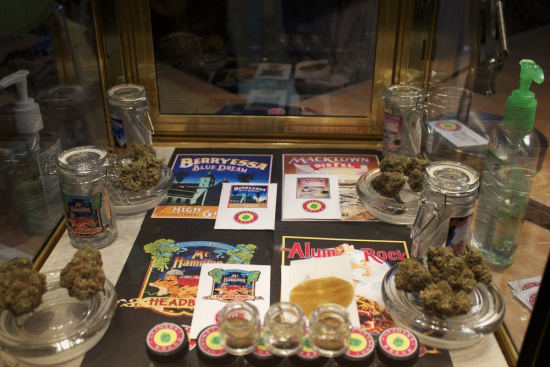