Little Gray Fox! Your Head Does Not Go in That Plastic Cup! Humboldt Wildlife Care Center to the Rescue!

Trash. We hate it. You hate it. And sometimes, when it is not properly disposed of, adorable animals get their heads stuck in it. 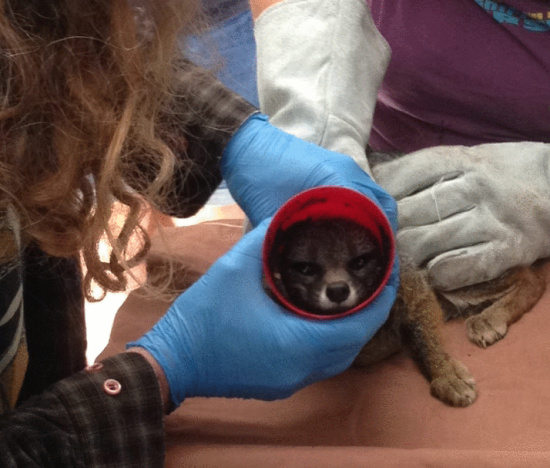 Such was the case Sunday when a group of folks delivered a poor little gray fox they’d encountered in Arcata to the Humboldt Wildlife Care Center. The critter in question was in quite the pickle: Her head was encased in a sturdy plastic cup, no place for a fox head, you’ll all agree!

The folks who brought her in had been camped in a vacant lot behind a local trailer park. One of them, a young man who said his name was Pocket Trash, was able to catch her as she ran. He told how he’d nearly had her, but she got away, and how he strategized his next move, putting himself where she was headed, and how once caught, she calmed down and allowed herself to be carried, limply, as  they made their way to our clinic.

It was quite a story, but a familiar one to any who has tried to capture an injured wild animal. Success is always surprising and Pocket Trash, who didn’t want to use his “government name,” was still amazed that he’d actually caught her.

With fox in hand, the HWCC crew set about carefully cutting the cup off. Once removed, the extent of the animal’s injuries became apparent. According to Merrick, it seemed that the animal had been trapped for an extended period as “her ears were flattened to her head, rubbed raw and furless” and “her inner ears were filled with hundreds of maggots.” HWCC tended to the fox’s wounds with pain relievers and antibiotics and are providing her a clean place to recover, as well as a diet of fish, eggs and cat food.

In what you could consider something of a reward for a job well done, HWCC heroism was highlighted yesterday by the Mother Nature Network. Photos by Laura Corsiglia chronicling the fox’s rescue can be found below. If you’re interested in the work done by the Humboldt Wildlife Care Center or if you’d like to help out their cause, visit the Bird Ally X site. 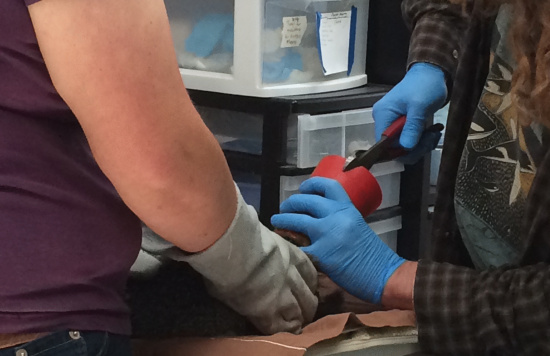 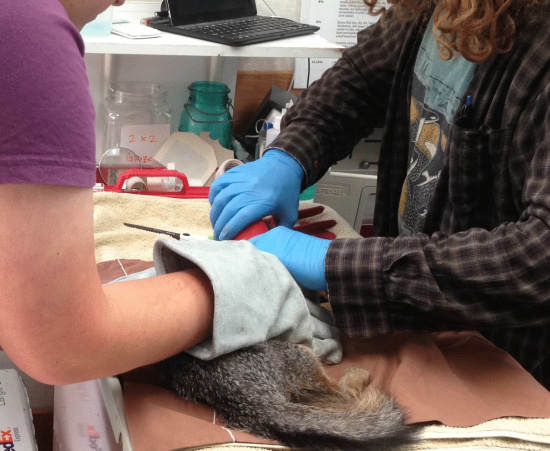 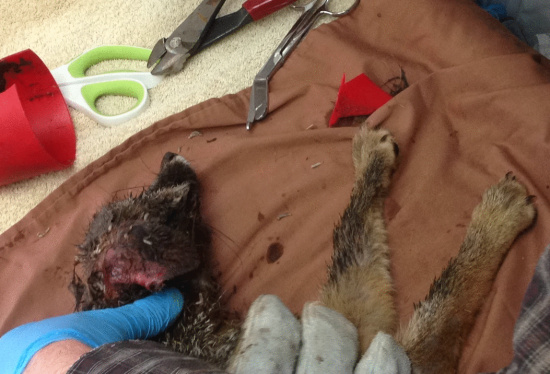 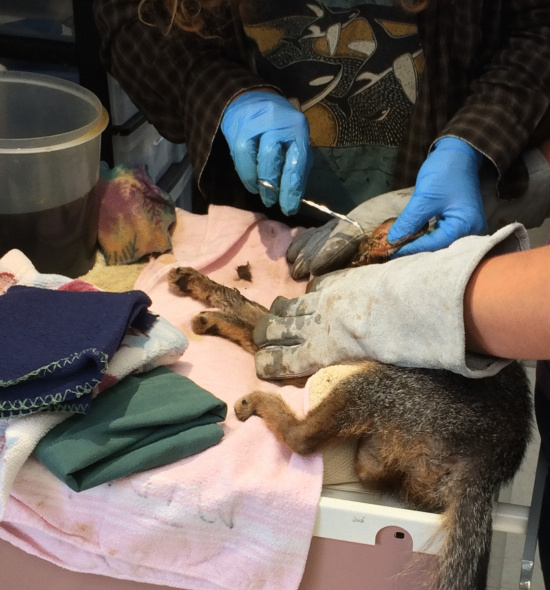 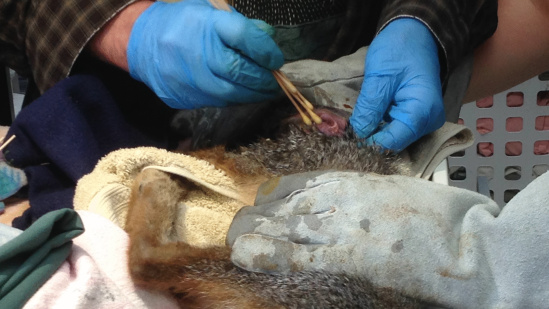 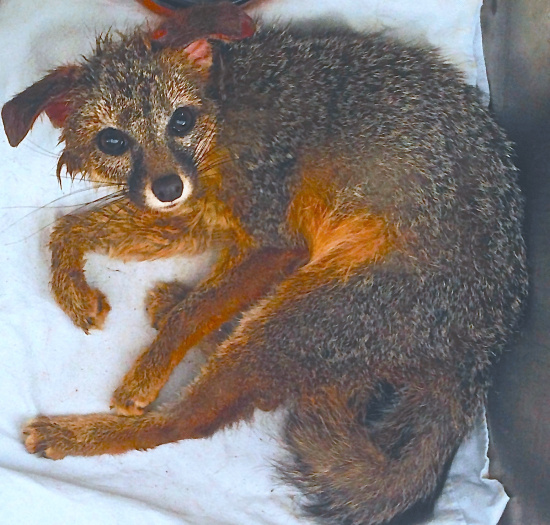 After the long day 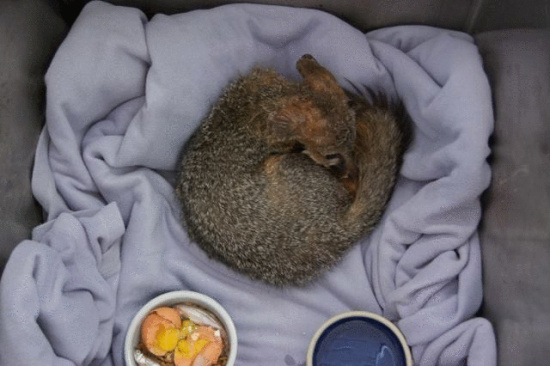 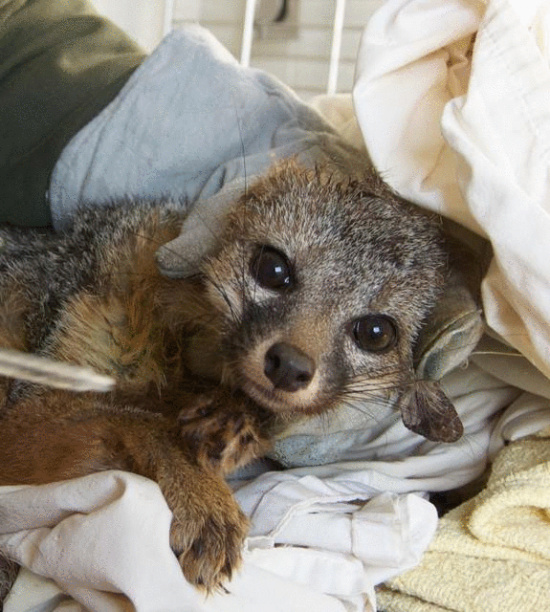 The previous two photos were taken after two full days in HWCC care. According to Monte Merrick, the fox is gaining weight and her wounds are healing. Photos by Laura Corsiglia, Bird Ally X