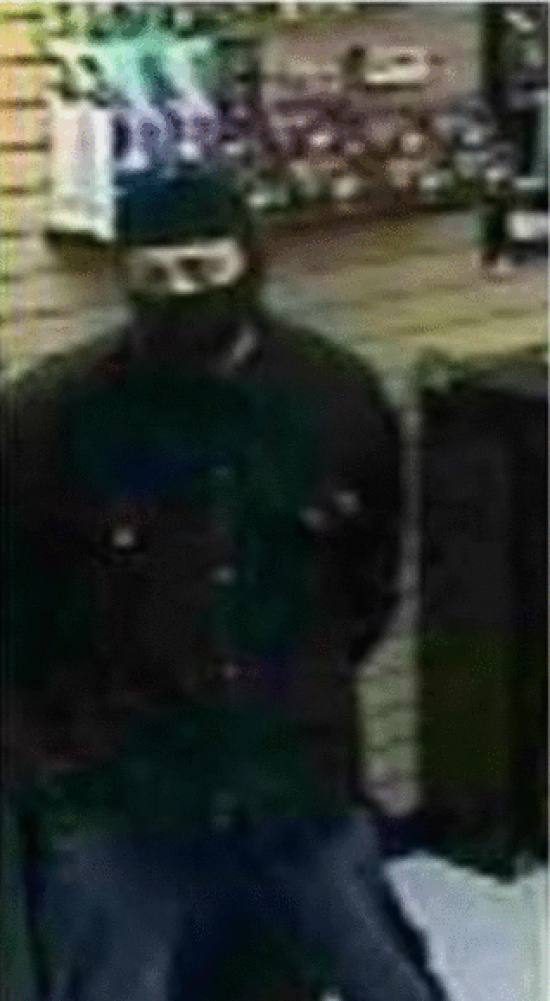 On Tuesday April 26th, 2016 at noon, the Arcata Police Department responded to an armed robbery that had just occurred at the Pleasure Center located at 1731 G Street. A single suspect entered the store and brandished a handgun at the clerk, demanding money. The suspect then fled the business running south on H Street with an undisclosed amount of cash. The suspect was described as a white male in his twenties, 5’ 7”, heavy build, wearing a black ski mask, black jacket and blue jeans. The suspect was seen on H Street removing his mask and was described as having shorter curly dark hair. suspect photos are available on the Arcata Police Department’s Facebook page.

Original Post: A man carrying a semiautomatic handgun robbed a Northtown Arcata business today, prompting police to step up patrols in the neighborhood this afternoon.

The robbery happened just about the time Arcata High let out for lunch. In response, the Arcata Police Department has been patrolling more heavily in the neighborhood of the high school, which is only a few blocks away from Northtown.

However, Chapman said that the patrol is precautionary, as police currently have no reason to believe the robber is still in the neighborhood. The school never went on lockdown.