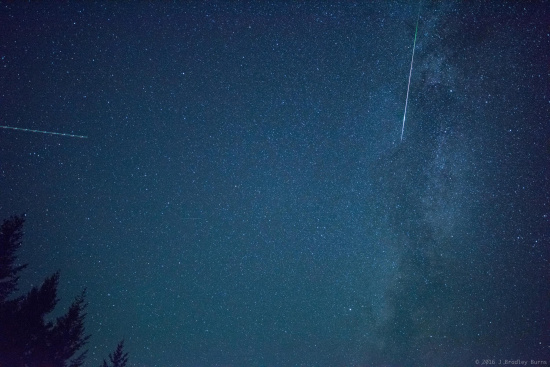 An outburst of ancient comet dust will rain upon the earth’s atmosphere tonight, making for one of the year’s most spectacular cosmic light shows. 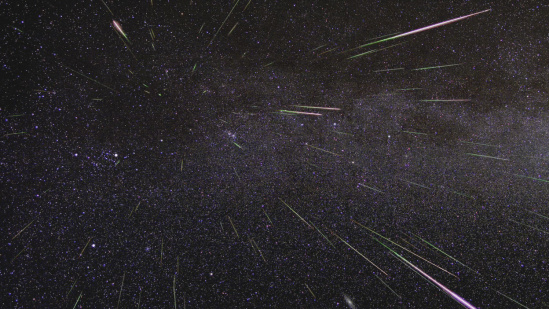 Photo of the last outburst meteor shower in 2009. Provided by NASA.

The Perseid meteor shower happens every August when Earth passes through a trail of tiny debris left by the comet Swift-Tuttle.

NASA reported in a news release last week that stargazers may see up to 200 shooting stars per hour this year, twice the amount seen on a typical year.

“Most years, Earth might graze the edge of Swift-Tuttle’s debris stream, where there’s less activity,” the news release reads. “Occasionally, though, Jupiter’s gravity tugs the huge network of dust trails closer, and Earth plows through closer to the middle, where there’s more material.”

However, local meteorologist with the U.S. National Weather Service Ryan Aylward informed the Outpost that Humboldt County stargazers won’t see much a nuthin’ unless they head east to escape tonight’s cloudy conditions.

“You’ll just need to get inland a little ways to see the show,” Aylward said. “The moon could also ruin some of the view during the early night hours, but will set until about 1 a.m.”

Aylward said Eureka residents wouldn’t have to go much farther than Kneeland to escape tonight’s cloud cover, and that the best viewing hours will be between 1 and 5 a.m.

Still not convinced you should check this thing out? We’ll leave you with this quote from the lead of NASA’s Meteoroid Environment Office Bill Cooke.

“Here’s something to think about. The meteors you’ll see this year are from comet flybys that occurred hundreds if not thousands of years ago,” Cooke said. “And they’ve traveled billions of miles before their kamikaze run into Earth’s atmosphere.” 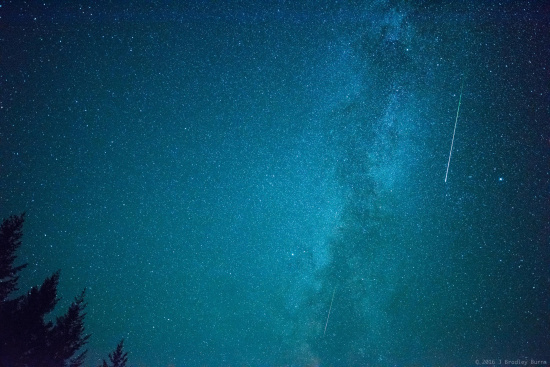 Perseid Meteors and Milky Way over the Mattole Valley.