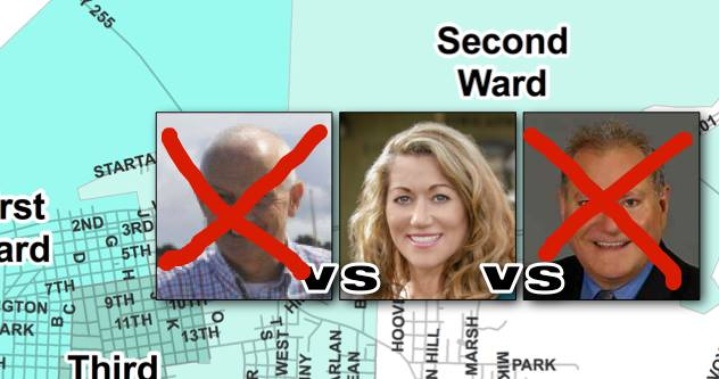 Last minute twist! Just before the 5 p.m. filing deadline for the Second Ward Eureka City Council seat, the two most recognizable names in the race pulled out. That means Heidi Messner, the co-pastor at Faith Center, wins the seat by default.

Below is a press release from the city with the final lineup for the Second Ward. Aspiring candidates in the Fourth Ward have until Wednesday at 5 p.m. to enter their paperwork.

The following nominees have qualified for the ballot for offices of the City of Eureka, at the General Municipal Election to be held November 8, 2016. The nomination period for Ward 2 is now closed. Nominations will be accepted for Ward 4 until 5 P.M. on Wednesday, August 17, 2016.

Please note that Matthew Owen and Chet Albin who had previously qualified for the ballot, have withdrawn their nominations and will not appear on the ballot for Ward 2.