YOUR WEEK IN OCEAN: A Heartwarming Story About a Cold-Water Swim

Sunday July 24 was the third annual Humboldt Bay Critter Crawl, in which people who are slightly out of their mind swim like seals, for the seals. This non-competitive open water swim across Humboldt Bay has been held the past few years as a benefit for the Marine Mammal Center in Crescent City. This year the event drew 21 participants and raised a little over $5,000. “The Critter Crawl allows people with diverse swim backgrounds to experience the beauty and exhilaration of swimming in Humboldt Bay,” stated event organizer Sarah Green. 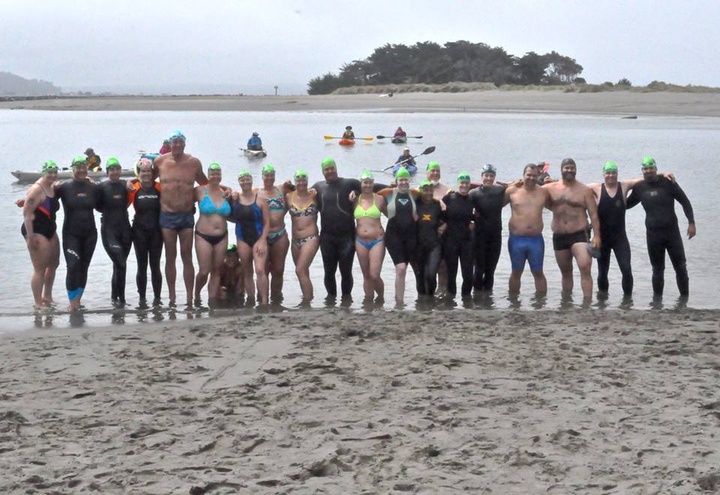 Participants entered the water from the cove just south of the Coast Guard station. They proceed to freestyle and breath stroke through the murky water, 4.5 miles to the fisherman statue at Woodley Island. 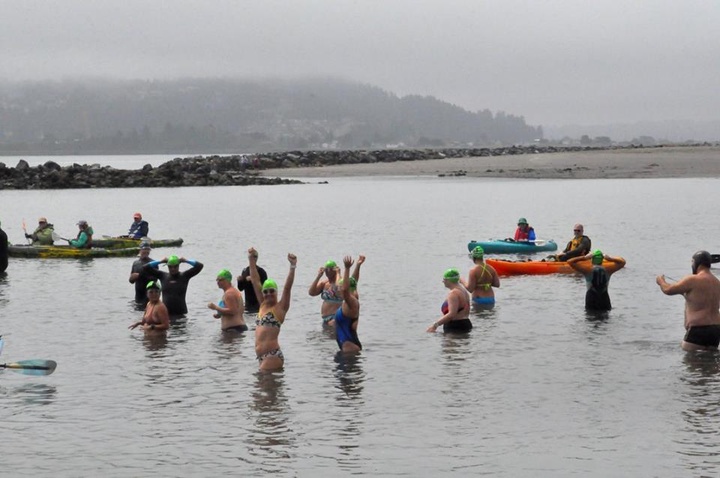 There are many variables that had to align just right in order for this event to take place – strong incoming tide, low wind and low swell. Each swimmer was followed closely by kayak assist. This friend or family member in the kayak had their food, water and could call for help if needed. 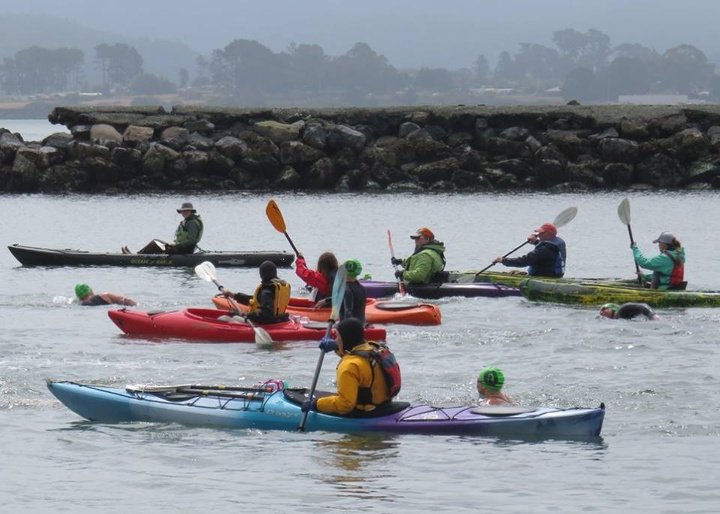 In addition to the kayak assist, the Humboldt County Sheriff Marine Deputies and posse and the Madaket were nearby monitoring to make sure other boats were not speeding towards the swimmers. Aboard the Madaket was a cheering squad of family members and friends egging on swimmers from the water. 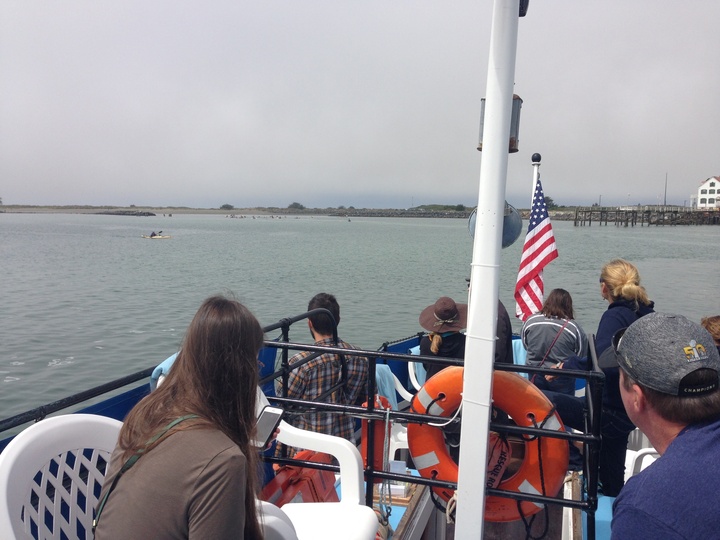 Swimmers were not just anyone off the street. Even a short open-water swim like this takes mental and physical preparation. True open-water swims demand only a swimsuit, but this swim was all in good fun and wetsuits were allowed. Even so, many participants opted out of the rubber and braved the water which ranged from 52 to 62 degrees along the course. 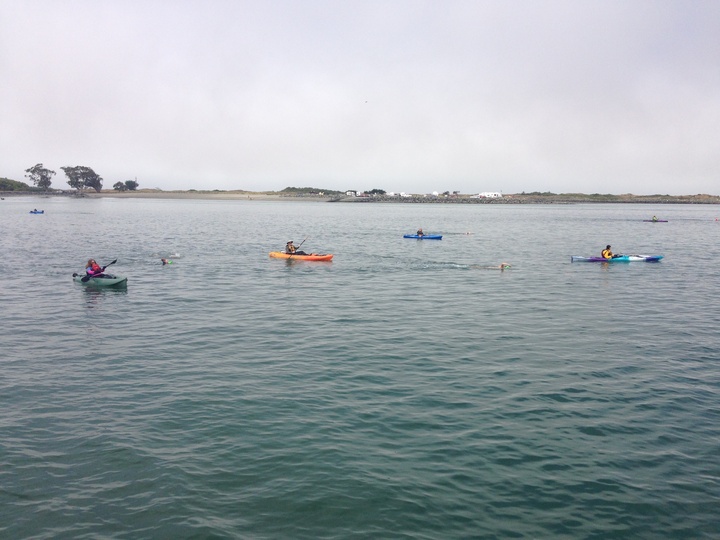 The event even drew several celebrity swimmers from out of the area. One such person was veteran ocean swimmer and president of the Santa Barbara Channel Swimming Association, Scott Zoring. Zoring broke away from the pack early on and finished first with a time of 1 hour 11 minutes. Second out of the water was a woman named Asha Allen. This event was only a warmup for the English Channel crossing she will be attempting within the month. Allen has already completed a swim across Lake Tahoe, and the Catalina Channel. 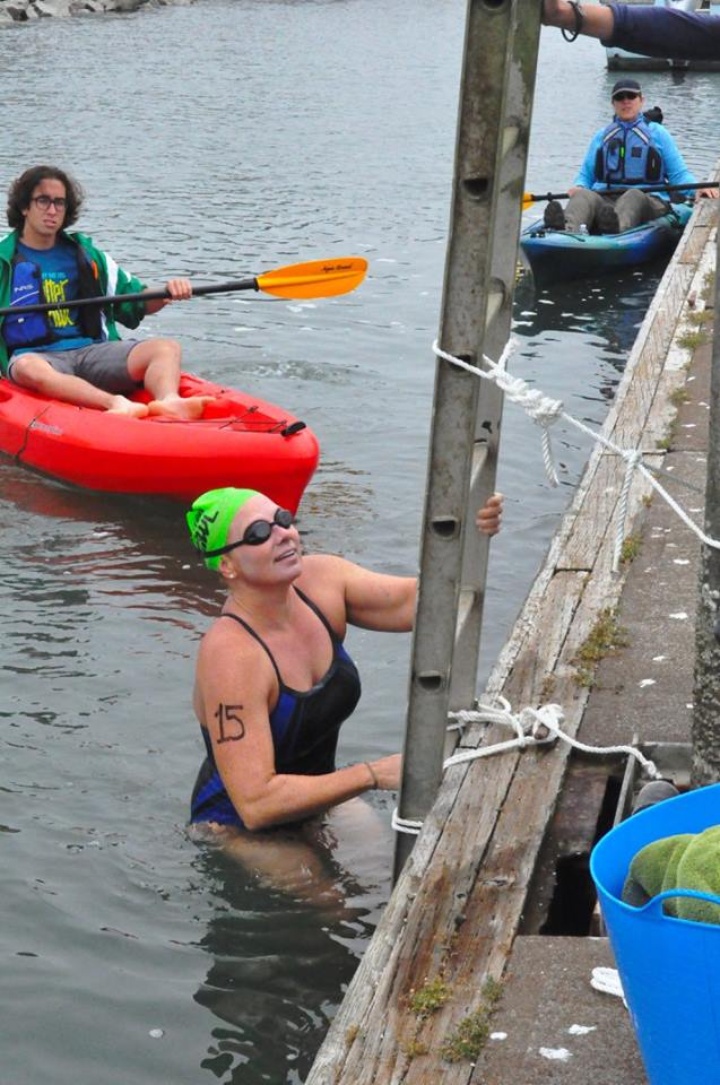 Being that the swim is more for fun than competition, the event also acknowledges the person who “enjoyed the most time in the water.” This year that honorable mention went to Elliot Brooks, with a time of 2 hours and 4 minutes, who just beat defending champion Lisa Amorao.

As swimmers exited the water they were greeted by cheers, refreshments, music from the Sand Fleas, and a warm towel. If you missed out on this year’s event, it’s time to start training for next year!