« (VIDEO) At the Candlelight Vigil for 18-Year-Old Jennika Suazo, Who Died Last Week Under ‘Suspicious’ Circumstances 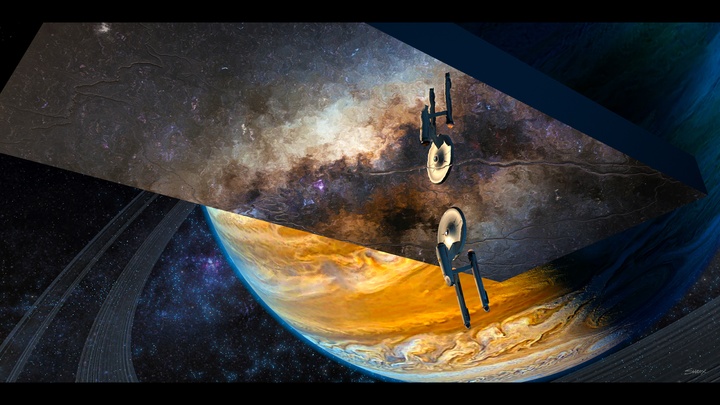 The Enterprise kisses its mirror image in the monolith from 2001 somewhere in the vicinity of Jupiter. Art: Shrox!

He rose to Humboldt County prominence (at least in our corner of the internet) with his controversial design proposal for Eureka’s “southern gateway project” — a little something to make the southern entrance to the town less cluttered and ugly, at least to his own eyes. (Last we heard, the city had embraced a plan to put up a statue of a Bluetooth earbud there instead.)

Shrox recently received a pretty nice honor. Some of his work — see above — was chosen for the not-yet released Official Star Trek Calendar for the year 2018! When we heard about this, we knew that the man to delve deeper into the story was KHUM’s Capt. Cliff Berkowitz, super-Trekkie.

The two met on the KHUM airwaves this morning, where they talked about art, sci-fi, computer design, pirated software and calendars. Listen in below!