« Manila Murder Suspects Each Plead Not Guilty in Court Today

The ball cap that hid this Arcata Shell station burglar’s face from security cameras early Sunday morning almost spared him the humiliation of being connected to the botched getaway that ensued.

But Arcata police believe that the clumsy criminal seen floundering under a pile of toppled cigarettes in the video above is Robert Abner, one of the suspects arrested during Tuesday’s burglary at Cheaper Cigarettes in Arcata’s Union Town Shopping Center. 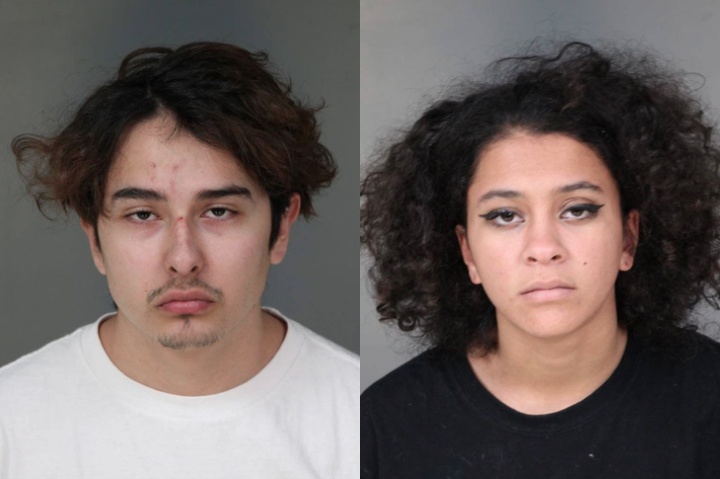 “We believe that’s probably gonna be the same person,” Dokweiler said. “Abner will be charged with the Shell burglary as well.”

Officers also suspect that Silver Bonner, another person arrested during Tuesday’s burglary, is one of three other suspects caught on camera assisting in the Shell station break-in. However, Dokweiler said it’s unclear if she’ll be charged at this time.

“At this point they’re still doing some additional work to determine what Bonner’s involvement might have been,” Dokweiler said.

Shell station manager Scott Baker told the Outpost that the suspects made off with five packs of Backwoods Rolled cigars.

“The rest of it sucks, but [the falling] was funny,” Baker said.

Sergeant Dokweiler said that tobacco products were the only items taken during the burglaries.

“[Tobacco] is one of the most common targets for these burglaries, especially with the gas stations,” Dokweiler said. “Cigarettes are close to the counter and the window is right there.”

No money was taken from any of the businesses, as the cash registers are emptied at night.

Investigators are still looking to identifying the other suspects captured on camera during the Shell burglary.