Manila Murder Suspects Each Plead Not Guilty in Court Today

Cesar Octavio Valenzuela and 18-year-old Tamara Nicole Thomson are accused of murdering Tyson Eduardo Claros, who died of multiple gunshot wounds. The pair also have been charged with carjacking, and it’s alleged that both had firearms when the crimes occurred. Neither is charged with personal use of a firearm.

Claros, 20, was found lying in the roadway between the south end of Peninsula Drive and Pacific Avenue in Manila. He was taken to a local hospital and pronounced dead.

Deputy District Attorney David Christensen said he could not provide details about the incident because the investigation continues. According to Sheriff’s Department reports, deputies responded about 2:15 a.m. Monday after receiving a report about a possible armed robbery. They found Claros on the road.

Thomson and Valenzuela were arraigned together, and at one point the court bailiff had to scold them for trying to communicate. Thomson had turned around to either speak to or look at Valenzuela. He stared at her and said nothing.

Deputy Public Defender Owen Tipps entered not guilty pleas on Valenzuela’s behalf, while appointed private attorney David Nims did the same for Thomson. Their preliminary hearing was scheduled for Dec. 28.

Both were arrested hours after the killing. About 9:30 p.m. Monday Valenzuela was interviewed and then arrested at the Shell service station at Myrtle Avenue and McFarlan Street in Eureka. Not long after, Thomson was arrested at a Eureka residence. The county SWAT team helped with that arrest. 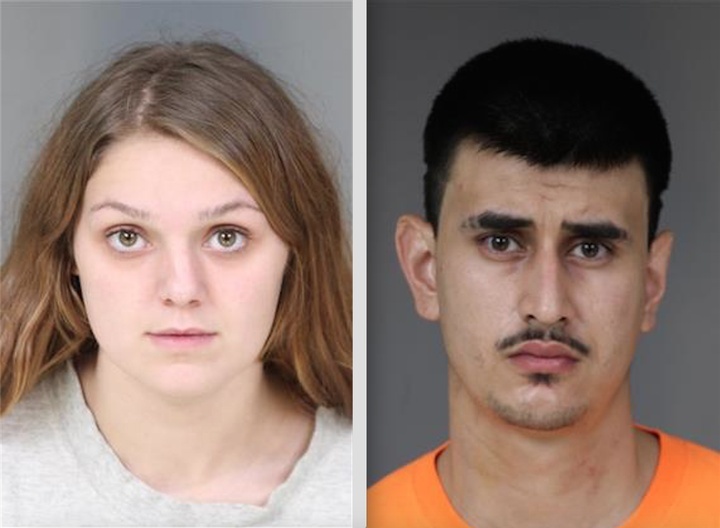