« (VIDEO) A Peek Inside the Booming Butane Hash Oil Industry, and How Things Can Go Very, Very Wrong 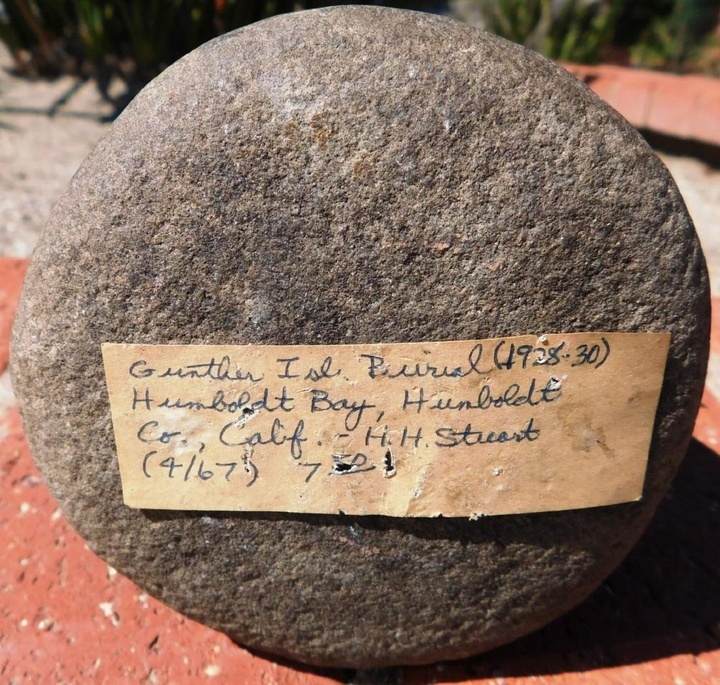 This ancient Wiyot pestle was being sold in an online auction but has since been removed from the site.

Earlier this week we reported on a basalt pestle being sold in an online auction nearly 90 years after it was unearthed from a Wiyot burial ground on Indian Island (formerly known as Gunther Island) in Humboldt Bay.

The Wiyot Tribe has long sought the return of such artifacts, especially those — like this pestle — that were taken from what they consider sacred burial sites.

The Outpost reached out to Craig Helm, an online auctioneer whose company, Helm Auction, was offering the Wiyot artifact as part of a sale called “A Native American & Tribal Winter.”

On Thursday afternoon we received a response via email:

Thanks for your message.

Nice writing, really the enjoyed the article and hope it drives a lot of viewers to our catalog.

We are happily removing the item from our catalog and returning it to the consignor.

Since the tribe is hoping to get the pestle back, rather than drive a lot of viewers to the auction site, the Outpost asked for more information:

Thanks for the reply. I’m a bit confused, though, about who the item is being returned to. Who is the consignor? Is it not Mr. Helm?

Would it be possible to put me in touch with the consignor? I know the tribe would like to reach this person to request the return of all items taken from tribal burial grounds.

This item was taken on consignment, with many others, with a condition the consignor (owner) remains anonymous. This is done to protect the buyer from unwanted contacts and communications. To relinquish that information to you would be a breach of contract on our part.

So the pestle seems to have disappeared back into the hole of private ownership from which it briefly emerged. As Wiyot Tribal Chairman Ted Hernandez explained earlier this week, tribes can legally demand the return of artifacts that are held by organizations that receive federal funding, such as museums, but they have no such leverage over private collectors.

Hernandez said today that he noticed the disappearance of the pestle from the online auction site but that nobody had contacted the tribe.

The Outpost tracked down a phone number for Helm, the auctioneer, and reached him this morning. He said the pestle was part of an estate sale and neither he nor the person who consigned it for auction was aware of its history.

Asked if the owner might be interested in returning the pestle to the tribe, Helm said he didn’t think so. “They don’t know about the tribe,” he said. “They probably don’t even know where Gunther Island is. … They thought it was worth some moneys. It’s been in their family forever. The guy is liquidating an estate, so I don’t imagine he’d want to just give the thing away.”

Ultimately Helm agreed to take some contact information for the Wiyot Tribe to see if the owner of the pestle might want to return it.

“Like I said earlier, they probably won’t return it because they don’t know if there will be repercussions,” he said. There wouldn’t be; the tribe has offered amnesty in such cases. But fear of repercussions isn’t the only reason collectors keep such items.

“There is also a financial incentive,” Hernandez said. “The longer they hold onto it the more it will bring in for them — which is pretty sad.”