« MATTHEW IN THE MIDDLE: Homeless Strategies? Let’s Get the Faith-Based Churches Involved

Its been roughly six weeks since Aerial View’s previous bird’s-eye video of Humboldt’s largest homeless encampment. In LoCO’s humboldt opinion, the visual evidence in this latest dispatch doesn’t suggest any dramatic increase or decrease in marsh camping. Eh, perhaps encampments are more condensed — It looks like the Eureka Police Department’s efforts to shrink the footprint of the tent town within its temporary desired borders have been successful, for what that’s worth (read more in this previous post).

Is there any noteworthy trends chronicled in this clip we’re missing? 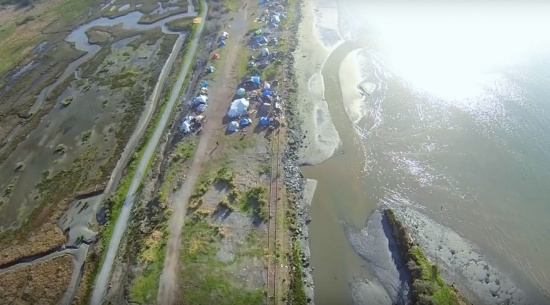