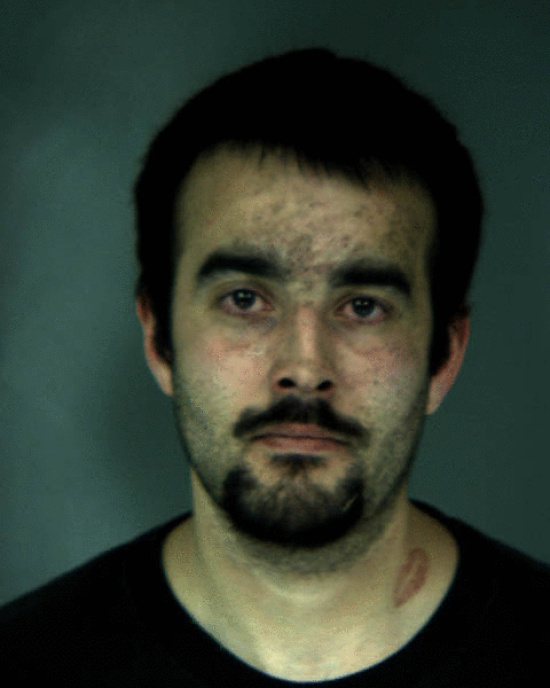 On Monday, February 15, 2016, at approximately 10:41 p.m. Humboldt County Sheriff’s Deputies observed a vehicle pass their location on Highway 101 near Clam Beach. They estimated the vehicle was travelling about 74 mph. The vehicle drove by deputies earlier in the evening while they were conducting a traffic stop and yelled obscenities. Deputies attempted to stop the vehicle which failed to stop and a pursuit ensued.

The vehicle finally stopped at a residence on the 1200 block of Perini Street, McKinleyville. The male driver, later identified as 24 year old Gary Morris, of McKinleyville, exited the vehicle with a small dog. Morris dropped the dog off at a residence and deputies attempted to take him into custody at this time. Morris resisted arrest and after a brief struggle was handcuffed and placed into the patrol vehicle. Morris was found to be in possession of marijuana.

While en route to the Humboldt County Correctional Facility, Morris was belligerent and made numerous threats towards the deputies and the deputies’ family. Morris was booked for resisting arrest, evading a peace officer, failure to stop at a stop sign, unsafe lane change, driving without a license, driving in excess of 65 miles per hour, possession of marijuana, violated terms of probation, and driving under the influence of alcohol or drugs. His bail has been set at $50,000.