YOUR WEEK IN OCEAN: What is Climate Change Doing to Our Beaches and Dunes? »

Eurekans Gather to Envision a Future Version of Their City 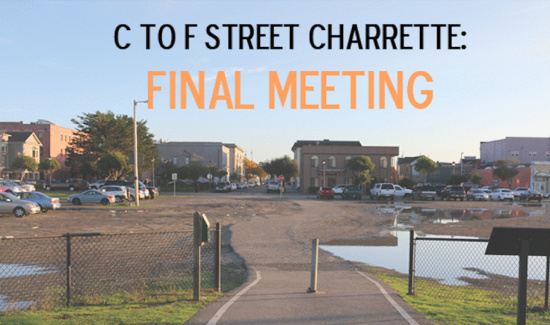 From a brochure for Wednesday night’s meeting.

Eureka residents headed to the Wharfinger Building last night to get a closer look at the six architectural designs recently proposed for the underutilized stretch of waterfront property that stretches along the boardwalk between the C and F street plazas. KHUM DJ Bayley Brown was on hand and kindly supplied the Outpost with notes on the gathering. 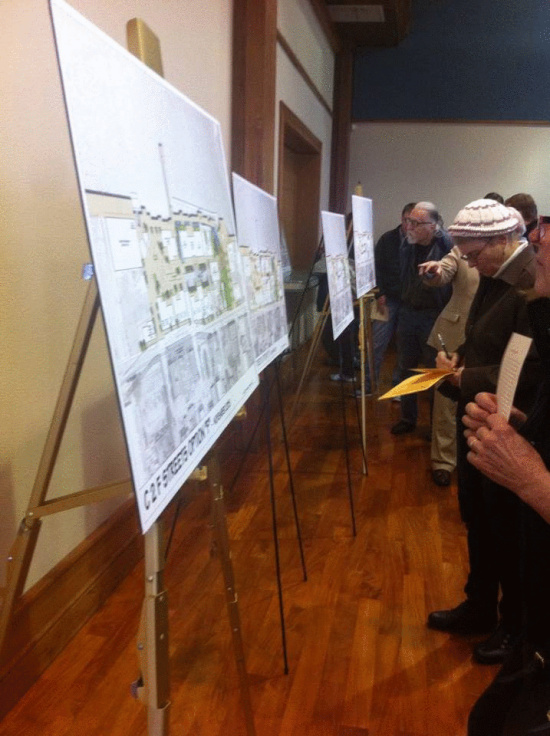 Eureka Community Development Director Rob Holmlund was on hand, as was local architect Kash Boodjeh. They explained that the city engaged with private owners to collaborate on a unified project for this valuable property. They also met with utility providers, police and fire personnel and local landlords.

As outlined in previous posts, city staff engaged the public by offering site tours and hosting a design charrette, where residents were invited to share their vision with designers who then sketched them out. Holmlund said there were 27 different ideas for the site that were eventually boiled down to the six on display Wednesday night.

The goal of last night’s meeting was not to select a final design but rather to coalesce around a development vision, with projects to be completed over the next several years. Private property owners in the area will not be bound to the development vision.

The City is currently conducting a vacancy rate analysis for the Old Town area with help from Eureka Main Street. This will help officials decide whether or not zoning changes will be required for any future projects on the site.

Some members of the public suggested an aquarium for the site while others preferred the idea of a commercial waterfront. Regardless the plan is to connect a waterfront trail with the Hikshari Trail to the south and eventually further north all the way to Arcata.

One cool thing not mentioned in our previous roundup of the designs: the oval-shaped structure in Option D would be a regulation rink to accommodate Humboldt Roller Derby bouts. Killer.

A panel discussion followed the presentation of designs, with panelists including local business owners, nonprofit leaders, former City Manager David Tyson and Tony Smithers, executive director of the Humboldt County Convention and Visitors Bureau. Many highlighted the importance of bringing tourism dollars to the region, and Jen Rice with the Humboldt Area Foundation said she is particularly excited about the opportunity to honor the Wiyot Tribe.

Members of the public expressed concerns about parking, the homeless who currently congregate in the area and the possibility of a franchise hotel locating on the property. A smaller boutique hotel might be a better fit, the panelists said.

City officials will now get to work on fine-tuning the development vision for the site. 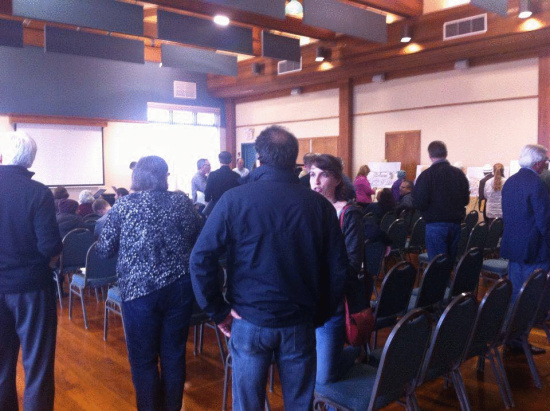