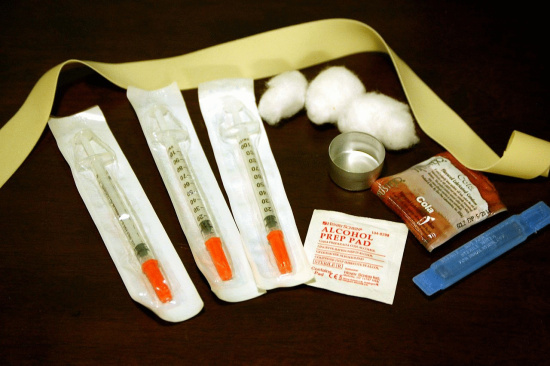 With Humboldt County in the grip of an ongoing heroin and opioid epidemic, the City of Eureka may soon voice support for a syringe exchange program that aims to reduce the spread of blood-borne pathogens such as HIV and Hepatitis C.

At its regular Tuesday meeting, the Eureka City Council is scheduled to consider a resolution supporting an exchange program run by the Humboldt Area Center for Harm Reduction (HACHR). In its report to the council, city staff notes that the Eureka Police Department already supports the program and recognizes the value of reducing health risks among people who use drugs intravenously.

Eureka has triple the state and national rates of Hep C infections, according to HACHR. “We cannot stop substance use,” the group notes in its report to the City, “but we can reduce the harms that are caused by it and be a point of contact and entry when people are ready to get treatment.”

Long controversial, needle and syringe programs have gained greater acceptance in official circles as rigorous studies have shown that they don’t increase injection drug use among individuals or society at large. The programs are supported by the World Health Organization and the American Medical Association, and earlier this year Congress repealed a ban on federal funding for needle exchange programs.

You can read the full staff report here. The meeting will take place in City Council chambers at Eureka City Hall Tuesday, March 1, starting at 6 p.m.