GROWING OLD UNGRACEFULLY: Losing It at the Wharfinger »

LETTER FROM ISTANBUL: The Trump Card 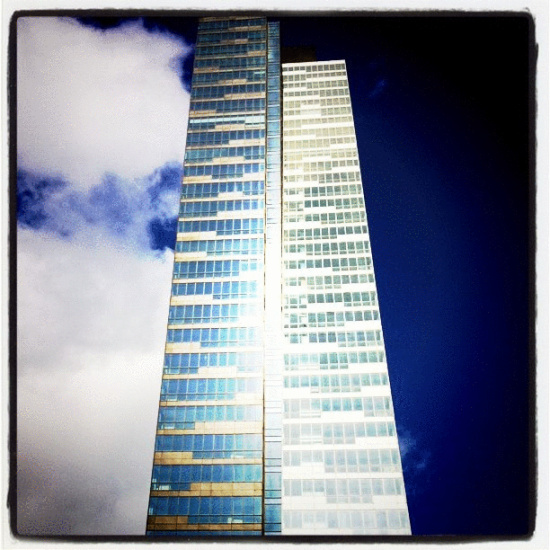 Trump Tower-Istanbul is an impressive, 40-story building located in Sisli, on the city’s European side. Its residents include Iranian-born businessman Reza Zarrab, who was implicated in a corruption scandal that also involved the sons of three Turkish Parliament members.

Donald Trump doesn’t own the tower (he licenses his name), but it underscores the global reach of the brand.

Turks have always been drawn to the Big Man, whether he be the Sultan, or Ataturk, or nowadays, President Erdogan. They’re drawn to Trump too. Power, wealth: these qualities go a long way in this part of the world.

But does that mean they would want a Trump presidency?

I’ve been using “The Apprentice,” for years in my business English classes. And in global companies, mind, not in school. I’ll admit, it’s a great show for business discussion. We talk sales and marketing, team-building, management styles, conflict resolution —

— and we wait to see who will be fired, of course.

The students, who range from middle-aged managers to fresh-out-of-university millennials, get a kick out of watching the Trump we in America have come to know: the hair, the mega-ego,the lifestyle, the New York bombast. Trump, getting out of his jet, always talking to the camera, pulling away in a stretch limo.

“My name is Donald Trump!” he shouts, over the roar of his personal helicopter. “You know everything about me! I’m the largest real estate developer in New York by far, and I own over 100 companies!”

The students enjoy all this extravagant display. Most of all, they enjoy the Boardroom. Here, Trump is the Sultan, the King of New York, the king on his throne.

“The Boss!” my student Erdem says, with an admiring chuckle.

Another episode wraps up, with the latest ass-kissing sacrificial lamb falling under Trump’s onslaught.

The students beam satisfaction: They like to see this display of power. They wish they could fire people like that, then go and get in their private jet and fly off to Mar-a-Lago.

In recent weeks, we’ve switched channels over to the U.S. primaries.

At first, my students were as surprised as anyone when Trump announced his intention to run for the U.S. presidency.

“Did you hear, James? Trump is running for president! Do you think he will win?”

We went over the intricacies of the primary system (how there are many candidates in the early rounds). It’s way too early to really have any idea, and we won’t know until the general election in November.

Following Trump’s recent victories, it has become clear that he is the Republican front-runner.

So much for reality TV: It’s time to take Trump more seriously.

That means something, especially when you consider the stakes in this part of the world.

The U.S. and Turkey have been working closely together — well, trying to, anyway — in dealing with the civil war in Syria, as well as the fight against Islamic State. They have also frequently been at odds, especially in regards to the Kurds’ role.

The U.S. sees the Kurds in Iraq and Syria as an important ally against IS, while Turkish President Erdogan suspects them of being involved with Kurdish separatists groups, which have been implicated in numerous terrorist attacks stretching back to the 1980s.

The war of strategy between Ankara and Washington in regards to Syria and the IS fight, not to mention the “Kurdish question,” shows no signs of letting up, with Erdogan all but openly calling upon the U.S. to choose between Turkey and the Kurds.

(Best leave that nut graf where it lies: the ground here moves so fast that it could very well be last year’s news by Sunday.)

Anyway, now that the Trump card is on the table, what do Turks actually think? Is he the man for the job?

Let’s ask Erdem. He really loves “The Apprentice,” and, as I said, with Trump’s success in the primaries, we’ve started following the debates.

Erdem, in his late forties, is a manager at an American company.

His verdict: “I don’t like Trump. I mean, he is a good businessman. He’s entertaining and very successful. But it seems his politics are very extreme. For example, we read in the Turkish news that he wants to build a wall between America and Mexico. Is this true?”

We talk about immigration issues in America. Turks know a lot about immigrants — they’ve got some 2 million Syrian refugees in the country now, many of whom can be found in the streets of Istanbul. Many more continue to pour across the border every day, as the civil war in Syria shows no signs of ending.

“A wall!” Erdem says. “It sounds to me like the Berlin Wall. No, no. It is not possible. And also, we read that (Trump) hates Muslims. He wants to kick them out of America. It all seems, as I said before, very extreme!”

What about the Democrats?

Together, we watched some of the debates.

“(Bernie) Sanders seems to me a bit like a child,” Erdem said. “Free university, free insurance — everything free, free! Not realistic.”

We listened closely to the two candidates as they discussed their proposed strategies for Syria and fighting IS, which were very similar, based around somewhat limited direct intervention.

This approach generally seems to have more support among Turks, rather than the Republican candidates, who seem to prefer more aggressive American presence.

“Her husband is a clever man, and she is experienced, practical. She seems at least more realistic.”

I can hear my old newspaper editors saying, but who the hell is Erdem? Can’t we have a more qualified opinion? Give us at least a political science professor, James! Or the editor of one of the prominent newspapers.

Ah, but that’s why I don’t work for newspapers anymore (aside from the pay). I can talk to whoever I want. Personally, I enjoy such casual conversation with people like Erdem, a normal, professional man and father who is just giving his first impressions. Also, to be honest, most of my other students’ views — and even those of many in the Turkish press — wouldn’t be all that different from Erdem’s.

I recall a conversation I had some years ago with Zeynep, manager at an international company on the city’s Asian side. She also was a big fan of “The Apprentice.”

“I love the show,” she said. “Trump is very charismatic, rich, powerful. But I wouldn’t want to work for him.”

How about young people? There’s Selin. She’s 18, a smart millennial hoping to study at a university in America this fall, providing she scores well enough on her English exam.

I thought perhaps that Selin would be drawn to Bernie Sanders. Most of my young friends on social media are all “feeling the Bern” these days.

“Who is he?” Selin asked. She’s never heard of the Bern, let alone felt it.

We watched some videos on YouTube, and discussed the candidate’s ideas about reforming Wall Street, and providing free university and health care.

“So you like him?” I asked. “Many young people in America do.”

“I don’t know,” she said, considering. “He’s very old. He looks like my grandfather!”

“I like Obama,” she said. “I wish he could continue to be president.”

“I wish that was true in Turkey, too!” she said.

Actually, there are term limits here (the president can serve two five-year terms), but Turkish President Erdogan has been trying to change the constitution to expand the role of the presidency, although I’m not sure if he intends to lengthen the terms. His critics fear that he is trying to stay in power forever, standing astride Turkey like a virtual colossus.

Indeed, in this part of the world, there seems to be a lot of that going ‘round these days: everybody wants to rule the world. That’s the crux of the matter: too many chiefs.

In that sense, Trump is just the latest.

Of course, it is still way too early to hand him the nomination, but his recent success does warrant pondering the reality of a Trump presidency, and what it would mean to this volatile region of the world.

The question is, do we really need another Boss? Or would a more subtle, supportive approach go further?

As I said, Turks have always been drawn to the Big Man, the Sultan. Judging from the conversations I’ve had with students, though, the consensus seems to be: they respect Trump as a businessman. They like his TV show. But as the potential leader of the Free World? Not so much.

After thought: But then, who the hell could be?

We live in a demanding age; a time, to paraphrase what one New York Times columnist recently wrote, when democracies around the world seem to be in retreat, while tribalism and dictators are on the march. Violence has become a cadence and a kind of perverse tonic, made all the more visceral by the power of social media.

That particular NY Times columnist wrote that we may well miss Obama, with his cool, more measured approach, more than we realize, a sentiment echoed by one of my Australian colleagues at the school.

“He seems to have — much more so than Trump — the ability to think before he speaks — and before he acts,” she said.

James Tressler, a former Lost Coast resident, is a writer and teacher living in Istanbul.