Your Week In Ocean: #SaveOurCoast, ‘Chasing Ice,’ Greenland or Bust » 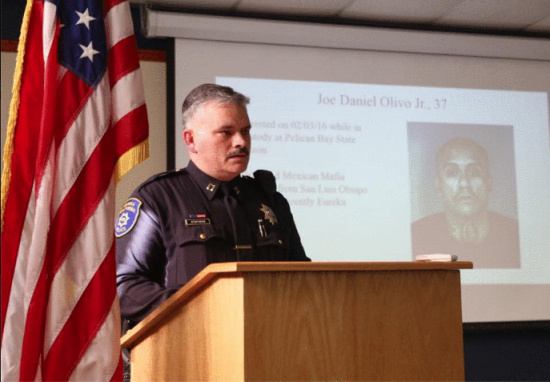 UPDATE, 11:16 a.m.: A few moments ago, Eureka Police Captain Brian Stephens led a press conference on the EPD gang arrests in the Jesus Garcia-Romero case. “The loss of a life is never something enjoyable to talk about,” Stephens began, before proceeding to read the press release reproduced below.

Two more items of interest emerged from the press conference. For one: Police believe only one of the suspects listed below actually wielded the knife that took the teenager’s life, though all conspired in the murder, and police intend all of them to be charged with it. They were not prepared to say which of the suspects stabbed the boy.

Secondly, investigators believe the stabbing took place in a northwest Eureka home some distance from where Garcia-Romero was found. They’re not yet saying which home that was.

Press release follows from the Eureka Police Department, which is holding a press conference on this case right now. The Outpost will update.

On December 17, 2014, at about 8:10 a.m., a citizen near McFarland and 15th Street, found a male subject, ultimately identified as 14 year old Jesus Romero-Garcia, lying on the front lawn of a home on 15th Street. The citizen reported Jesus appeared to be sleeping. The citizen tried to get Jesus’s attention but he would only make groaning noises. It was raining at the time and Jesus’s body was wet. The citizen called the Eureka Police Department at approximately 8:22 a.m. for a welfare check. At the time the citizen didn’t notice Jesus had suffered any injuries and none were reported to our Dispatch center.

At approximately 8:34 a.m., the first two EPD Officers arrived on scene to investigate. They contacted Jesus and quickly learned he was bleeding, had been stabbed, and was having labored breathing. The officers summoned medical aid to the scene. Detectives from the Eureka Police Department also responded to the scene to take over the investigation. City Ambulance transported Jesus to St. Joseph Hospital’s emergency room where he was pronounced deceased approximately one hour later. While examining Jesus’ body, investigators discovered three wounds in his upper front thorax area, consistent with being stabbed. They also discovered what appeared to be several defensive knife wounds to his forearm.

Based on the initial facts learned during the investigation of the crime scene where Jesus was found, investigators believed he suffered his mortal wounds at another location and was transported and left somewhere near his final location on 15th Street. It is believed Jesus was left on or near 15th Street approximately 8 ½ hours prior to being found by the citizen. 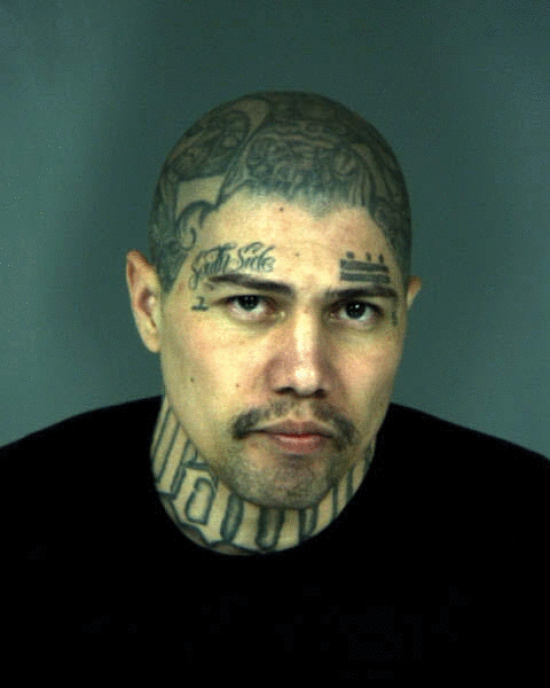 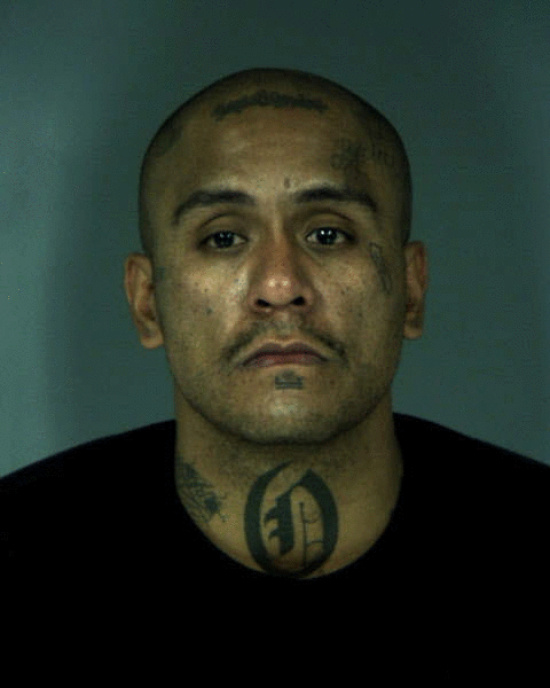 On the same day as Jesus’s murder, at approximately 9:00 a.m., the United States Marshall Service Fugitive Task Force, working with the Fortuna Police Department, received information regarding a felony warrant suspect, Joseph Daniel Olivo Jr. Olivo’s warrant was for a parole violation and he was believed to be armed. At approximately 9:45 a.m., Olivo was observed as an occupant in a parked sedan in the Strong’s Creek Plaza in Fortuna. Two officers approached the vehicle and it fled towards Highway 101, resulting in a vehicle pursuit. Olivo eventually pulled to the rear of a residence and surrendered to officers. A second subject, Mario Nunez, who had exited Olivo’s vehicle just prior to the pursuit was located within the Strong’s Creek Plaza and arrested by the Fortuna Police for a felony warrant and possession of narcotics. As a part of the follow-up investigation Olivo’s son, Joe Daniel Olivo III was located and arrested. According to the State Parole, Olivio Jr., and Nunez are connected to the Mexican Mafia as well as the Sureno gang. Olivo III is known to EPD officers as an associate to the local Sur 13 gang. These were significant arrests and would be vital to our homicide investigation.

At the onset of the investigation, Investigators were misled by social media and were seeking a known Norteno gang member. However, two days after the murder, an alternate theory began to develop based on other sources. On the afternoon of December 19, 2014, Investigators received a letter in the mail from an anonymous source. This anonymous source gave specific details about what happened and who was involved in the murder of Jesus. This source named the four suspects who were eventually arrested and throughout the investigation, Investigators were able to find supporting evidence for everything stated in the anonymous letter.

This has been an extensive and complex investigation. Even though we had identified the suspects early on in the investigation, our Investigators needed to build a case and collect and process all the relevant evidence and prepare a thorough report that would assist the District Attorney’s Office with prosecution of the suspects. This was done through significant collaboration with the local office of the Federal Bureau of Investigations, Federal Probation Department, United States Marshall Service, the local Department of Justice Forensic Lab, the Redding DNA lab, and the San Luis Obispo Probation Department. 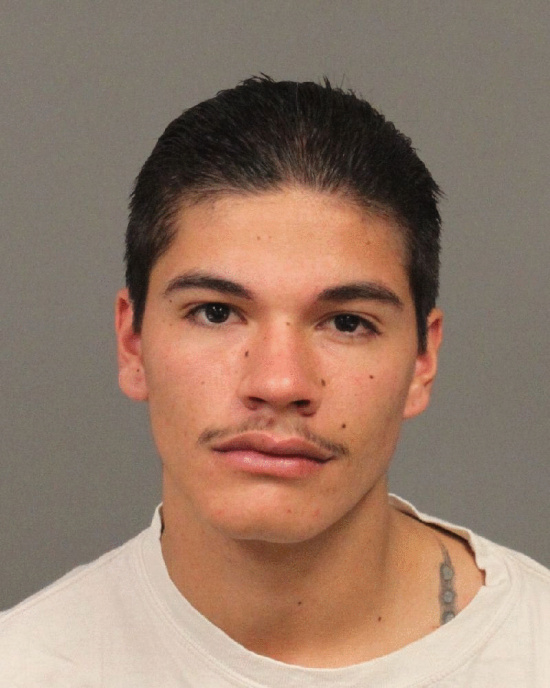 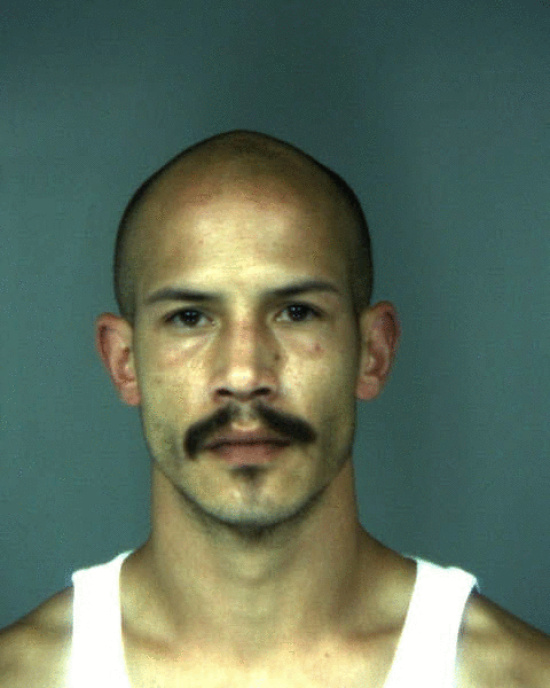 During the course of the investigation, Investigators obtained and served 15 search warrants, identified and processed several crime scenes, and collected and processed over 100 pieces of evidence. The result of all this hard work culminated on February 02, 2016 with warrants being issued by the Humboldt County Superior Court for the arrests of the following suspects for PC 187 (a) - Murder:

All the above suspects have ties to the Eureka area and local arrest. The motive behind the murder of Jesus appears to be for the furtherance of the Sureno gang and involved an internal dispute within the gang.

The suspects will all be transported back to Humboldt County at some point in the future and arraigned on the murder charge.

The Eureka Police Department will not stand for gang activity in the City of Eureka, especially activity that is associated with violence. If you’re involved in this type of activity we will eventually find you and bring you to justice. The citizens of Eureka and those who come to our city for a multitude of reasons deserve to live and travel in peace and safety. 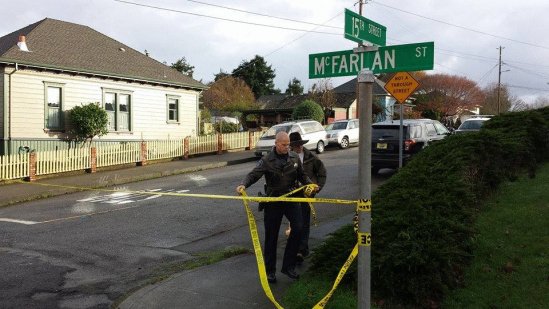