« (UPDATED) House Cat Perishes in Fire on Eureka’s Union Street, Near the Corner of Buhne 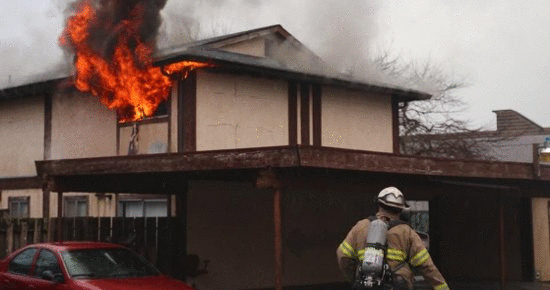 The manufacture of concentrated cannabis-related products (e.g. “hash labs”) is causing significant public safety challenges within our community. Concentrated cannabis, known as “shatter”, “wax”, “dabs”, “honey” or various other names is commonly produced using a solvent extraction technique to draw THC out of marijuana plant material. In this process butane is the most commonly used solvent. Butane Hash Oil (BHO) extraction is highly dangerous and oftentimes results in explosions and associated structural fires.

Many local fire agencies and community members have witnessed the appalling consequences of BHO-related explosions. Frequently these explosions and subsequent fires cause major structural damage including shattered windows, doors blown completely out of their jambs, load-bearing walls displaced from foundations, and roofs lifted off of supporting walls. In many cases this extraction technique results in severe burn and blast injuries to BHO lab operators. In addition, innocent bystanders, including children, have been burned or otherwise seriously injured as BHO-related fires spread.

These fires also present significant risks to firefighters and other first responders. Firefighters who have responded to these types of incidents report high-intensity fires which are difficult to extinguish. Due to structural compromise and the potential for secondary explosions there is significant risk of injury or loss of life to personnel who are extinguishing BHO-caused fires.

As a result, Humboldt Bay Fire is modifying our approach to these incidents. If indicators of a hash oil extraction lab are present (e.g. structural blast damage and presence of butane canisters or cylinders) we will no longer attack these fires by sending personnel inside of the damaged structure. Instead we will assume a “defensive” position and attack the fire from the exterior, using window and door openings to spray water for fire extinguishment. We will continue to aggressively protect nearby homes and other buildings which could potentially catch fire due to spread from the originating hash lab.

At the core of the Humboldt Bay Fire’s mission is to save lives and protect property. As such we will continue to perform searches of these buildings to rescue injured or trapped occupants. If a BHO lab explosion occurs in apartments or other multi-family dwellings we will focus our efforts on protecting other attached living units and detached surrounding properties.

Humboldt Bay Fire remains committed to delivery of excellent service, particularly through our efforts to protect life, property, and the environment.