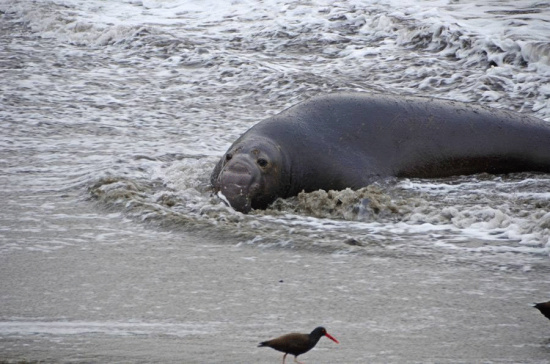 LoCO super friend Ted Pease passes along some photos he took of a “shy” young elephant seal splashing around in the shore break near the boat launch by Trinidad pier. 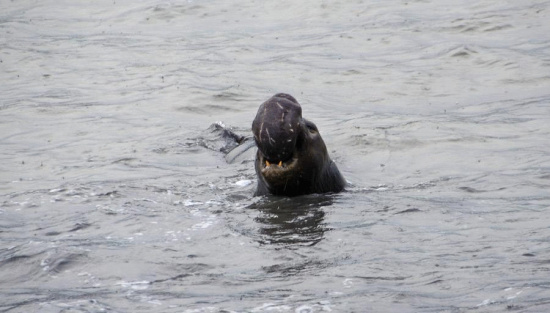 Pease said he encountered the animal from a distance around 4 p.m. this afternoon. Northcoast Marine Mammal Center had been to the scene and placed signs, pylons and tape around the the animal so as to give it a space free from harassment. Others told Pease that the seal had been on the beach earlier in the afternoon but some humans — reportedly a drone pilot among them — had scared it back into the water. Let the seal be, folks! 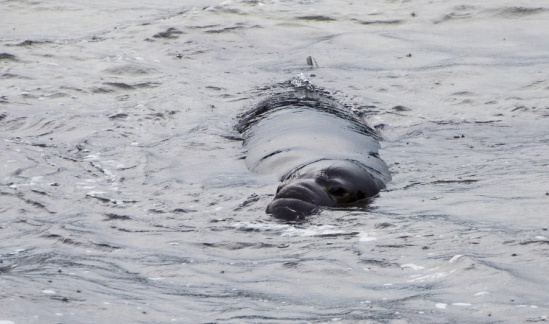 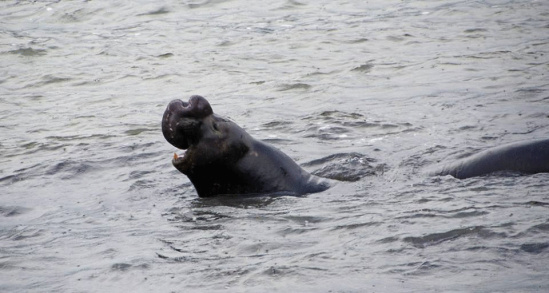 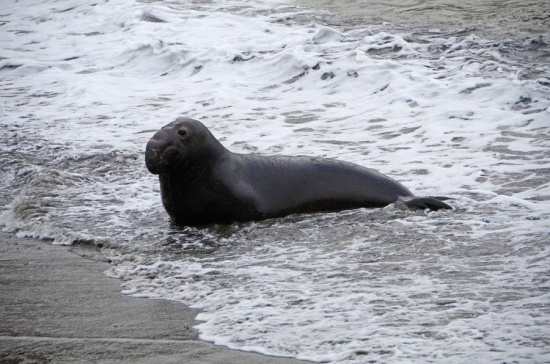