YOUR WEEK IN OCEAN: Orca Encounter! Plus: The Deadliest Ocean Debris »

(UPDATED) Explosion in Eureka’s Rosewood Neighborhood; Hash Lab Believed to be at Fault

On Wednesday, January 20, 2016, at about 9:30 p.m. Humboldt Bay Fire Company requested Humboldt County Sheriff’s Office respond to the 3800 block of D Street, Eureka, for a possible hash lab explosion. A 24 year old male was in the residence at the time of the explosion and was transported to a local hospital for his injuries prior to the deputies’ arrival. Deputies investigated the residence and located equipment commonly used in hash labs. The Drug Task Force was called and a search warrant was served.

Three dogs were found on scene and Animal Control responded and transported the dogs to the Humboldt County Animal Shelter. The dogs were not injured during the explosion.

The male subject was later flown to a hospital out of the area for further treatment of his injuries which consisted mostly of burns. No other structures were impacted by this explosion.

This incident is currently under investigation. Updated press releases will be issued.

UPDATE, 11:01 p.m.: Sergeant Justin Braud with the Humboldt County Sheriff’s Office speaks with media, below, in front of the aforementioned blown-out wall. —AG 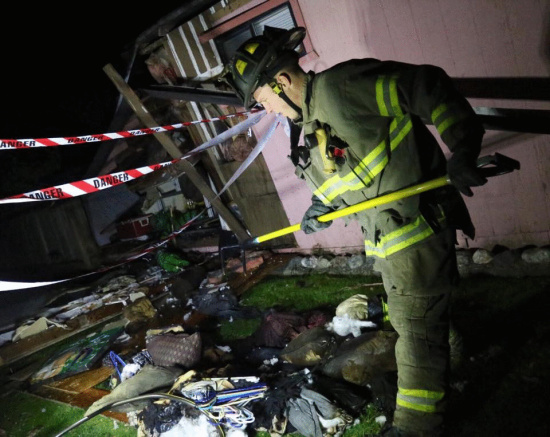 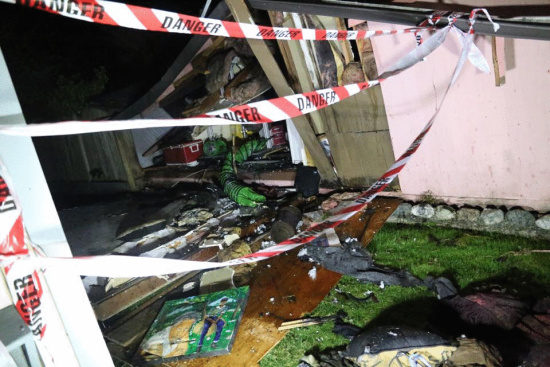 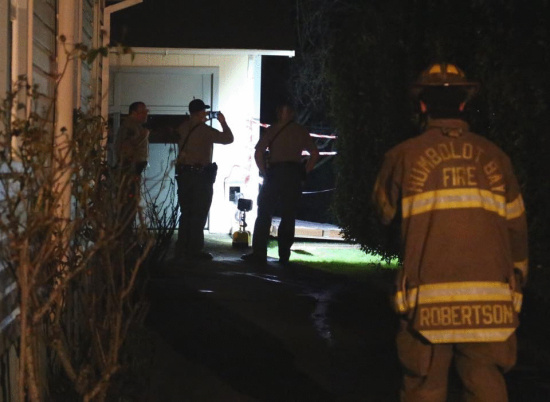 UPDATE, 10:30 p.m.: Sergeant Justin Braud of the Humboldt County Sheriff’s Office tells the Outpost that his deputies are waiting for the go-ahead from Humboldt Bay Fire before beginning their investigation. Once firefighters officially confirm that there is a criminal matter to investigate, they can enter the residence and start looking into matters.

That should be coming shortly. Humboldt Bay Fire’s Sean Robertson tells the Outpost’s Andrew Goff that a butane explosion blew out the wall of a back room, and that there are about 20 growing plants at the site, and 10 garbage bags or so of some form of marijuana. 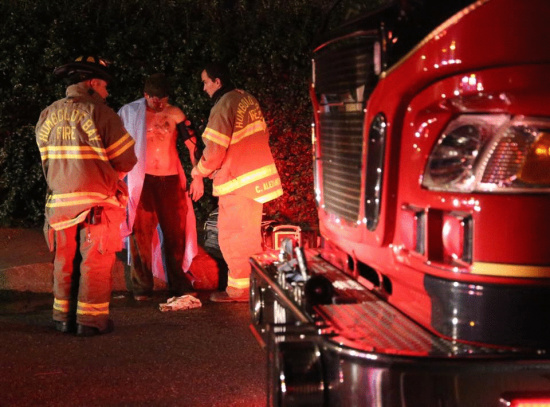 A large explosion at a home in Eureka’s Rosewood neighborhood within the last half hour brought firefighters and a big contingent of sheriff’s deputies to that quiet part of town.

The explosion was just over the city line into Humboldt County’s unincorporated area, on the 3800 block of D Street.

Some firefighters are treated one shirtless man at the scene, while their colleagues knocked down a fire in the rear of the home where the explosion took place. The fire is now out, and the man has been taken to the hospital.

The Outpost’s Andrew Goff, who is at the scene, asked one deputy if it is believed that a hash lab was to blame for the explosion. “We don’t show up to every fire,” he said. Later, Sean Robertson of Humboldt Bay Fire confirmed that they believe that it was, in fact, a hash lab, and said further that the location contained an indoor marijuana grow. 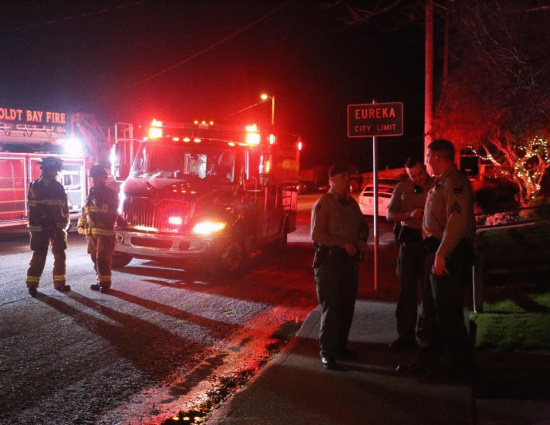 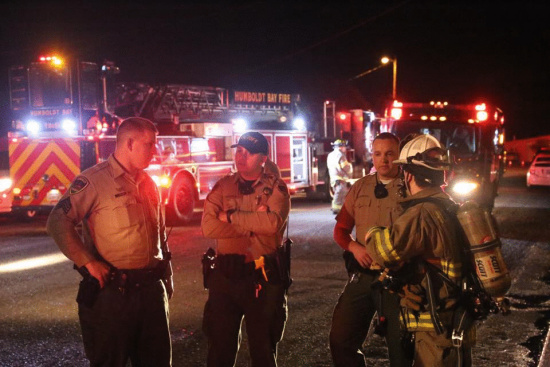 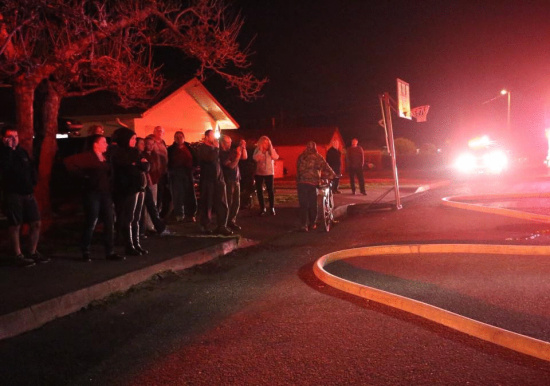