« (UPDATED) Explosion in Eureka’s Rosewood Neighborhood; Hash Lab Believed to be at Fault

YOUR WEEK IN OCEAN: Orca Encounter! Plus: The Deadliest Ocean Debris 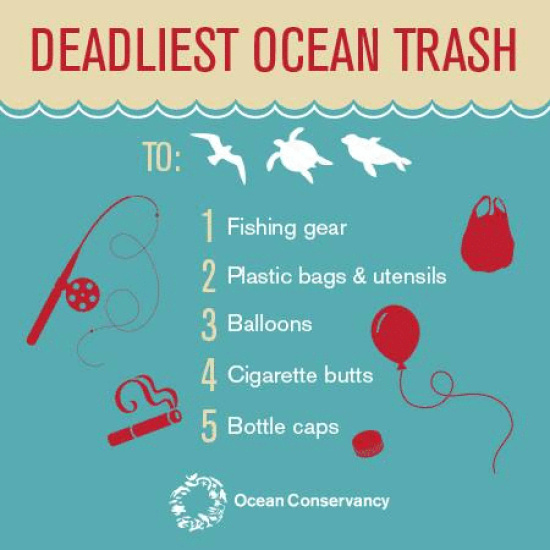 What type of ocean trash has the deadlies impact on sea turtles, birds and mammals? The results are in.

On January 12, 2016, The Ocean Conservancy and Commonwealth Scientific and Industrial Research Organization (CSIRO) published the first-of-its-kind comprehensive impact assessment of 20 common trash items on marine wildlife. Simply put, we now have an idea of which debris are are harming marine species and to what degree.

The analysis was done using expert elicitation, a technique used to quantify surveys of 274 experts representing 19 fields of study. Experts assigned scores for threats including entanglement, ingestions, and contamination for items gathered from 30 years of International Coastal Cleanup data. Knowing what types and amounts of debris found on our coastline is one thing, but understanding the impacts it has on taxa is even more valuable.

Coming in first place for the deadliest items lost at sea was fishing gear, primarily due to entanglement. Redesign and economic incentives or penalties associated with fishing gear are potential solutions to reducing its impact. Plastic bags and utensils took the silver medal for most dangerous debris, as they are often confused for food. Rather surprisingly, balloons came in third, also due to ingestion. Cigarette butts were the fourth most harmful and bottle caps were the fifth. Paper bags and glass bottles were found to be the least threatening.

Each year an estimated 8 million tons of trash enter our oceans. Another shocking study – The New Plastics Economy: Rethinking the Future of Plastics, by the foundation of World Economic Forum – predicts there will be more plastic than fish in the ocean by 2050! The takeaway message from both these studies is that we need to reassess the way we deal with waste management. Waste management strategies need to encompass everything from consumer behavior to global policy. 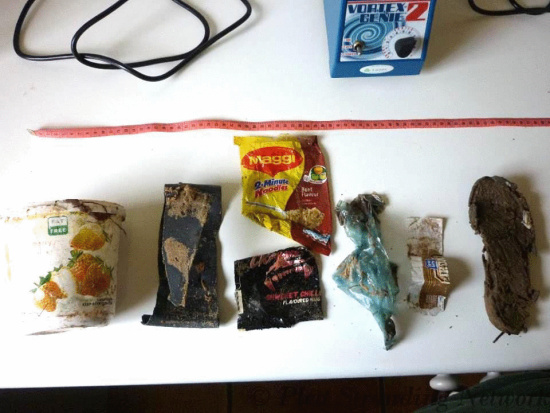 Marine life from the smallest plankton to giant Orcas are being affected by marine debris. A female Orca was recently found dead washed ashore on Plettenberg Bay in South Africa. Her stomach contents did not consist of a typical Orca diet of seal, dolphin and fish. Rather, researchers found yogurt cups, food wrappers and a shoe. Researchers speculated this orca had become ill and was attempting to feed in shallow waters, where she ingested this debris instead of her usual food.

Speaking of Orcas … remember how a pod of Orcas was headed our way a few days ago? You were probably hoping to see a spout or a breach through binoculars while safely on land, but what if you were close enough to touch one? That’s just what happened to Lukas Reilly, who was paddleboarding off New Zealand when a rather curious Orca decided to tag along for the ride by biting onto the end of his board. Luckily, this gentle giant appeared to be uninterested in the paddle board and Reilly and calmly continued on his way.