« WEDNESDAY ROADS UPDATE: Praise Be, For the McCann Ferry is Back Up and Running! 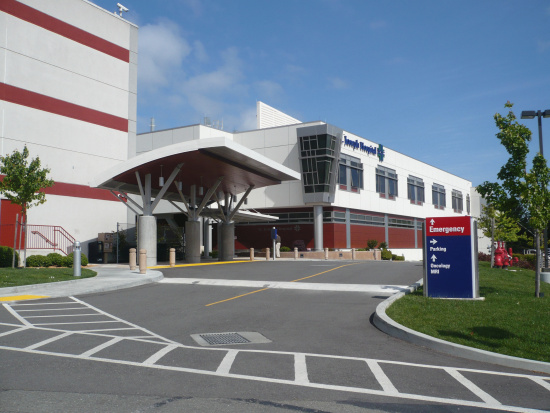 That pursuit continues. The two religious health care organizations have requested permission for the merger from California Attorney General Kamala Harris, but not everyone believes in the holiness of this union.

Today, National Nurses United issued a press release urging Harris to either reject the deal to impose strict conditions so as to avoid negative impacts on nurses’ rights as well as the cost and quality of care.

The nation’s largest nurses organization, National Nurses United, has called on California Attorney General Kamala Harris to reject efforts by two large Catholic hospital systems to consolidate, in a merger that NNU warns could have a major impact on the cost, quality and availability of critical hospital services.

“NNU has substantial concerns about the impact of the proposed merger of these two hospital systems on patients, taxpayers, RNs and other employees, and the affected communities,” said Malinda Markowitz, an NNU vice president. “We are opposed to any and all mergers that don’t guarantee patients and their communities a higher standard of care.”

St. Joseph Health System (SJHS) and Providence Health & Services (PH&S) have applied for Attorney General approval of a “Health System Combination Agreement” (HCSA) affecting governance and control of over 50 hospitals and numerous affiliated entities, in seven states—including 18 hospitals in California, creating one of the largest Catholic hospital systems in the U.S.

NNU, which represents thousands of Providence and St. Joseph registered nurses in California, says the transaction embodied in the HCSA will not serve the public interest, and urges Harris to, at minimum, impose conditions that are more robust and durable than what the hospital chains have proposed in their application.

NNU calls on Harris, in conducting a full review of the HSCA, to assess the impact of the proposed merger on:

Until these issues of concern to RNs and patients are adequately addressed, nurses say, NNU strongly urges Attorney General Harris to deny the merger, or at minimum conduct a thorough review of the transaction, including holding public hearings.

“This merger must ensure that all the hospitals remain open, that all jobs and services are maintained — and that the new organization is held accountable for providing charity care and community benefits,” said Markowitz. “The communities served by these hospitals deserve no less.”

NNU/National Nurses United is the largest organization of registered nurses in the United States with 186,000 members in all 50 states.