After wrapping up a successful stint of volunteer work in Del Norte County, a group of young folk making their way slowly toward Tierra Del Fuego in an old-school hippie bus is set to arrive in Arcata this evening, where they will look for ways to make themselves generally useful.

The so-called “Vagabus” began life on Reddit, when Steven Boutwell — /u/huckstah/ — drank a glass of wine and wrote a what-if sort of post, describing getting a crew of likeminded folk together to drive the length of the Americas in a school bus, stopping to do service in communities along the way. The post blew up, Boutwell told the Outpost this morning, and suddenly it became reality.

After a good long stint of retrofitting in Coos Bay, the bus has launched with four people — all in their 20s and 30s, Boutwell said, and from around the U.S. — and three dogs. At their stop in Crescent City, they worked on a farm and volunteered for the humane society, among other things. They plan to pick up another crew member in Arcata, and a few more farther down the line in California, until they’re up to full capacity. Then they’ll stop in Slab City for further retrofitting, and then — if all goes according to plan — they’ll strike out for southernmost Argentina. 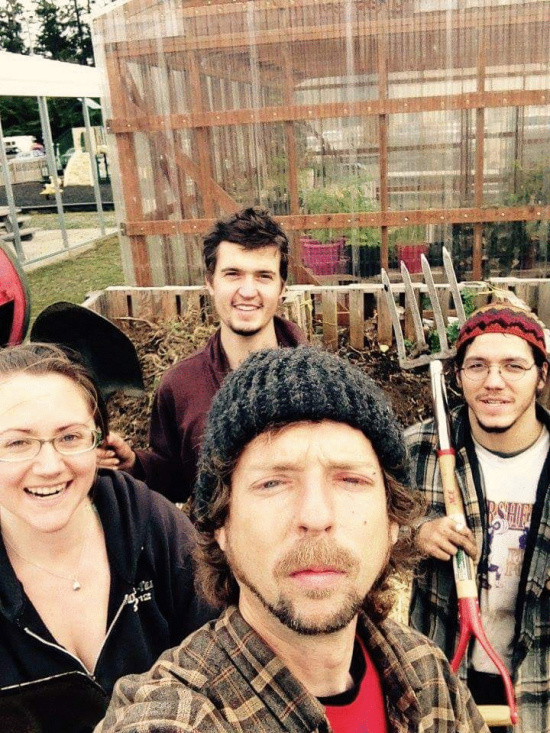 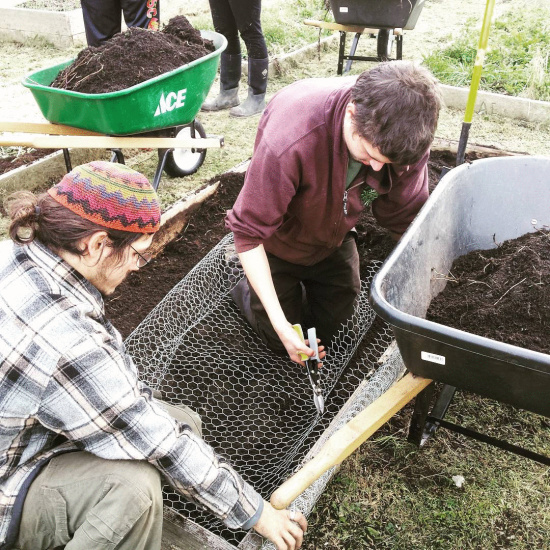 Volunteering at a Crescent City farm.

They named their bus “The Vagabus,” Boutwell said, partly to try to bring the concept of the “vagabond” back into currency. Vagabonds may be mobile, but they are not lazy. The Vagabus crew largely self-identifies as “house-free,” and have been living on the streets (or on the road) for some time — over 10 years, in Boutwell’s case.

Boutwell said they’re aiming to stay somewhere between a week and two weeks at each of the stops on their way south — “depending on how awesome the place is and how friendly the people are.” In advance of their arrival here in Humboldt, they’re looking for help and/or advice from local folk in three ways:

1). A good place to park the bus. Boutwell said that they’ll generally roll to a Walmart or some other big box on their first day in town — most such places have a lax policy when it comes to RV camping — but the Outpost thinks Humboldt can do better. (Also it thinks that the Vagabusers can learn from their fellow Internet sensation’s experiences.)

2). Good deeds to do. The Vagabus has already lined up two volunteer gigs in Humboldt County, Boutwell said — for the Humane Society and at a community garden — but they’re looking for a few more deeds to do while they’re here. So far on their trip they’ve done a lot of work for farms and for nonprofits that serve animals and the homeless community, but they’re looking to branch out, and would especially like to do work that helps older folk. You don’t have to be a nonprofit agency to apply, Boutwell emphasized — if you have any kind of work that needs doing, you should give them a shout.

3). Donations. The Vagabus isn’t in it for the money, Boutwell said, and they have some savings on hand in case of emergency. However, they do have a fundraising goal for each town they pass through, and that is to raise enough cash to buy enough gas to get them to the next town.

Do you have any ideas for them? Want to pitch in some cash? Contact Vagabus HQ on their Facebook page, or call or text Boutwell directly at 541-404-7218. He says that he answers every text and returns every call.