Below is a press release from the Yurok Tribe: 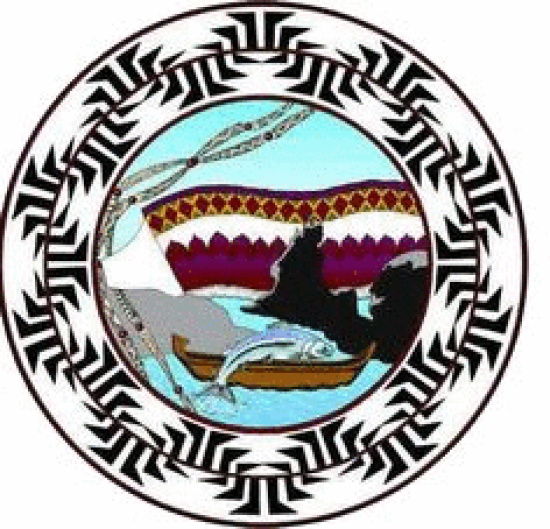 The Yurok Tribal Council is working with Tribal, state and federal agencies to address an alarming increase in the number of suicides committed by young Yurok people.

In the last 18 months, seven Tribal members, ranging in age from 16-31, took their own lives. In response to this perplexing pattern, the Tribal Council issued an emergency declaration on December 28. The Tribe is also developing a broad, collaborative plan to identify and resolve the root causes of this epidemic.

“My heart goes out to all of the people, directly or indirectly, impacted by this tragedy,” said James Dunlap, Chairman of the Yurok Tribe. “We are doing everything we can to answer the community’s call for a culturally appropriate response to this crisis.”

All of the suicides happened near Weitchpec, a small, isolated community of only 150 individuals, located on the east side of the Yurok Reservation. The culturally significant site sits just above the confluence of the Klamath and Trinity Rivers, in one of the most remote and rugged parts of the United States. Residents there have almost no cell or internet coverage. Many family homes do not yet have electricity. Getting groceries requires an hour-long drive and transportation is difficult due to the fact that there is only one paved road.

In early December, the Tribal Council received a petition, signed by approximately 200 upper Reservation residents, informing the governing body of the recent rise in suicides. The document also contained a call to action.

“[Yurok youth] love their home and most want to stay here, but the lack of training opportunities, jobs, or even recreational facilities invites unhealthy behaviors and feelings of despair. The people in this community need to feel that someone cares about what’s happening here. They urgently need your attention and your help,” stated the signed letter.

The Yurok Tribe’s headquarters are in Klamath, CA, near the mouth of the Klamath River. Klamath is a small town in the far northwest corner of the state. The only paved road, connecting the east and west sides of the rural reservation, was washed away in the 1960s and the state highway was never replaced. Driving from one side of the reservation to the other takes about two hours, including a long stint on a dirt road that is sometimes covered in snow. The Tribe has a small office in Weitchpec, where a limited quantity of social, health and cultural services are available. The majority of the Tribe’s therapeutic resources are in Klamath, but those services are also spread thin.

The Yurok Tribal Council is working on a plan, involving health officials within the Tribe and representatives from several outside entities, to provide help for at-risk youth and young adults. In addition to state and federal representatives, the Tribe is coordinating with the Indian Health Service, United Indian Health Services and California Rural Indian Health Board. The Humboldt County Department of Health and Human Services has also played in instrumental role in this important endeavor, which is still at the beginning stages.

“I would like to thank all of the agencies and individuals that have stepped up to assist us in our time of need,” Chairman Dunlap said.

At a community meeting on Saturday, January 10 in Weitchpec, local residents identified potential root causes of the recurring instances of self-harm and solutions to prevent the problem from further escalating. Numerous members of the upper reservation community stated that the geographic isolation, lack of positive activities and the scarcity of job opportunities, in combination with historical and ongoing trauma, are causing many local youths to feel hopeless. Participants of the meeting also emphasized that easy access to illicit drugs, brought in by an onslaught of out-of-town illegal marijuana growers, was another big part of the problem.

Securing funding to build recreation center, hiring cultural mentors and increasing access to mental health professionals were among the suggested responses to the complex dilemma. Local community members also articulated a need to abolish all of the cannabis farms.

Suicide is a major concern all over Indian Country. The suicide rate among American Indian/Alaskan Natives, ages 15-34, is 19.5 per 100,000 people, which is 1.5 times higher than the national average for that age group, according to the Centers for Disease Control. The CDC also says that these rates are likely underreported by 30 percent, a result of coroners writing the incorrect ethnicity on death certificates. Among the adolescents and young men living in the Weitchpec area, the rate is hundreds of times higher than that of other American Indians/Alaskan Natives. Indian Health Services, the main healthcare provider to Native American residents, is regularly underfunded. IHS’ per capita health care expenditure is only about $3,000 per person, whereas the national average is $9,255, according to the CDC.

The Yurok Tribe is the largest Tribe in California and has more than 6,000 members. While Weitchpec is sparsely populated, it is considered the primary cultural hub. It is where many of the Tribe’s traditional ceremonies take place.

“Every Yurok has a real connection with the Weitchpec area and a very real connection to this heartbreaking crisis. We will continue doing everything we can until we have fully addressed this heart-wrenching calamity,” concluded Chairman Dunlap.