A tree along the Arcata-Eureka safety corridor erupted in flames this afternoon, sending a tower of fire and black smoke into the sky and temporarily slowing traffic.

Around 1:20 p.m. the Arcata Fire District responded to the blaze, which was located roughly half a mile north of the Bayside cutoff in the northbound lanes of Hwy. 101. According to Battalion Chief Sean Campbell, the fire was apparently ignited by some type of heat source located under the tree with a pile of property apparently belonging to a homeless person who’d been camped there. No one was present when emergency workers arrived.

Officers with the California Highway Patrol also responded. One lane of traffic was temporarily closed for the safety of emergency personnel, and the road was reopened around 2 p.m. 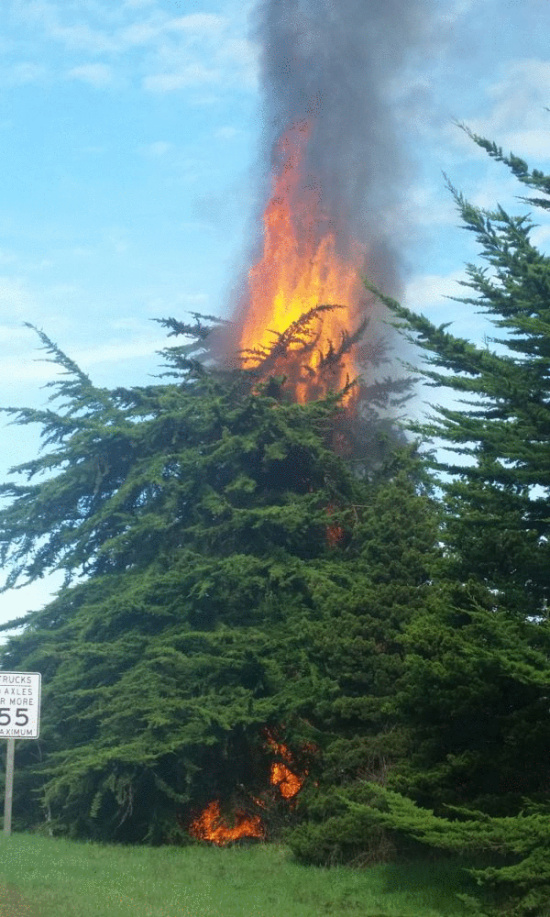