MATTHEW IN THE MIDDLE: High Noon for Eureka’s Homeless 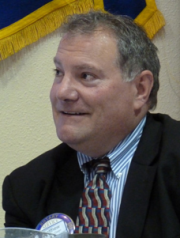 There are two subjects that are guaranteed to draw emotional and vocal crowds to the Humboldt County Board of Supervisors chambers or to any local City Council meetings: Cannabis and homelessness. For the City of Eureka, High Noon is set for this Tuesday, January 5 at 6:00 pm on the 2nd floor of Eureka City Hall council chambers where they will be discussing a city sanctioned homeless camp to be located at West Washington and Koster Streets.

I can pretty much predict how this meeting will play out until that fifth vote swings one way or the other. I’ll go out on a limb and guess that one side — the homeless advocates/activists/radicals/anarchists — will be out in force. One of our angry anarchists will open the meeting yelling at the City Council and Mayor for not doing enough for the “houseless” (not homeless). The other angry anarchist will loudly say, “EUREKA HAS NO AFFORDABLE HOUSING!” This mantra will be repeated over and over for three minutes even though there are over 800 low income housing units in Eureka alone. Why let the facts get in the way of your propaganda? Next up will be the woman who will serenade us with an Arlo Guthrie-type homeless ballad on her guitar. Then the usual suspects of homeless activists, including the Fortuna woman who doesn’t like to give her name, nor the city she lives in, although she enjoys filing lawsuits against local governments on a regular basis. We’ll probably hear from the woman who trespassed on city property, fell and hurt her shoulder and successfully sued the City of Eureka for $400,000. Throw in homeless advocates from the Human Rights Commission, AHHA (Affordable Homeless Housing Alternatives), Friends of Palco Marsh and Friends of the Houseless and there goes an hour plus of my life, maybe two.

There’s a reason that many of these people do not state their names, nor the city in which they live in, because they live in Arcata, Fortuna, Manila, McKinleyville, Miranda and Rio Dell. Yet they come to Eureka and tell us what we’re doing wrong. That’s what anonymous blogs are for, so you can be irrelevant. At a public meeting, on camera there’s not a lot of anonymity. Have Janelle Eggar Egger submit a letter to the editor to either the Times-Standard or the North Coast Journal and say “I refuse to provide my name or address” and let’s see if it gets printed or thrown out.

How ‘bout all you people who constantly complain about the homeless problem in Eureka get off your couches and let the City Council know how you feel? Personally I’m sick and tired of the same people complaining in private, yet never once saying anything in public. Politics is a contact sport, so get off your ass or I don’t want to hear you complain.

While I’m compassionate about the plight of the homeless here in Humboldt, common sense needs to enter the equation. Anyone ever raise teenagers? Good parenting involves strong boundaries and consequences for breaking these rules. By allowing the homeless to trespass on city property and live indefinitely in a tent all we are doing is enabling anti-social behavior. 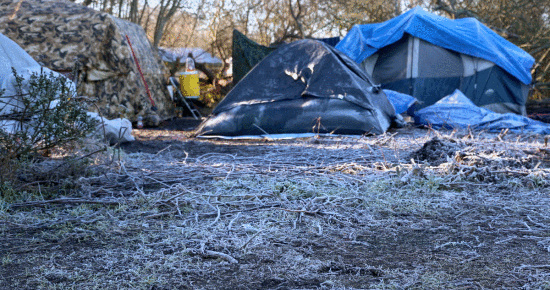 While many of the homeless have mental illness and/or drug and alcohol addictions, there are those living in Devil’s Playground who are part the criminal element and don’t get much empathy from me. If your sole purpose in life is to steal to fuel your drug habit we should be offering you rehab, jail or the next county. If the reason you can’t move into housing is “my dog”, then some hard choices need to be made. Using a dog as an excuse will keep you homeless the rest of your life as ten years from now you’ll have another new dog and twenty years from now another dog, etc. It’s an excuse. Besides, if you can’t afford to care of your dog (dog food, vet, license), maybe you shouldn’t have a dog. Think about it, if you can’t care for your child, society takes that child away from you. If another reason you won’t go into a shelter is they don’t take in druggies or drunks, maybe you should consider rehab. Otherwise drugs and alcohol will be your excuse for the rest of your life why you need to live in a tent.

While being homeless is not a crime, committing crimes while homeless is a crime. EPD Chief Andy Mills has documented that 87% of the homeless living in the Devil’s Playground have criminal records for drugs, theft, drugs, assault, drugs, prostitution, drugs, stolen property, drugs, human trafficking, drugs, etc.

I recently sent an email to DHHS (Department of Health & Human Services) inquiring what we should do when we encounter folks on the street who are having “issues”. I was told to call EPD and ask for the MIST (Mobile Intervention & Services Teams) personnel. Only problem, I recently witnessed a man sprawled out in front of a business on a Sunday and called EPD. I was told the MIST crew doesn’t work weekends. Funny, I didn’t realize that mental health along with drug and alcohol addictions take the weekends off. We can’t just have law enforcement “move ‘em along” as we need the carrot to go with the stick. There’s an area that needs additional funding. Memo to the next DHHS head: Hire lots of recent social services grads and put them to work on the streets of Humboldt. Three years of street outreach and they’ll have resume material to be proud of.

The Focus Strategies goal is to get the homeless reintegrated back into society with some type of roofed housing that includes a bathroom and kitchen. How many tents have a bathroom and kitchen? Tent cities encourage the shuffling from one location to another with no effort by neither the homeless advocates, nor the homeless themselves to get into housing. Remember that many of the homeless don’t want housing as that would take 30% of their SSI, which could be better spent on cigarettes, drugs and alcohol.

My fear is if the City of Eureka allows a sanctioned tent city on government property the inevitable catastrophe will occur and it only takes one incident before the lawyers get involved. May I remind you of Kathy Anderson who trespassed on city property (Devil’s Playground) and yet somehow successfully sued the City for $400,000. What’s gonna happen when one mentally ill, drug addicted homeless person decides to knife and kill another homeless person over a drug deal gone bad? The family who hasn’t given a crap about their mentally ill, drug/alcohol addicted brother in over 30 years will suddenly perk up when they hear he died on government property. The first call they will make is to the law firm of Dewey, Sewum and Howe for a multi-million dollar lawsuit for their poor, innocent brother who was brutally murdered on government property without proper security and safety precautions. A larger problem is the “290s” - recently paroled sex offenders as most landlords won’t rent to them, so many end up living in a tent down at the Devil’s Playground. What happens if one of them molests a young child or worse on city sanctioned property? Is the City of Eureka going to provide 24-hour security at this site? If not, be prepared to write a very large check.

The smart move would be to get a private individual, faith-based church or the RCAA to donate some land that can be used to transition the homeless from their tents to tiny houses, the MAC and apartments, you know permanent housing. Heck, even Councilmember Linda Atkins stated at a Eureka City Council meeting, “Get it out of government purview”.

Anyone wanna take odds on the upcoming vote? I predict two votes against a city sanctioned homeless campsite (Melinda Ciarabellini and Marian Brady) and two votes for the sanctioned homeless campsite (Linda Atkins who was quoted in this Sunday’s Times-Standard, “I think it has been a long time coming.” and Kim Bergel, who was recently quoted in the North Coast Journal, “I wake up in the middle of the night and think about them (the homeless) out there.”)

If you’re like the 99% of people I talk to, you know Eureka can do better. We just need our elected leaders to act as if.