BREAKING: A Rainbow for Humboldt (PHOTO) » 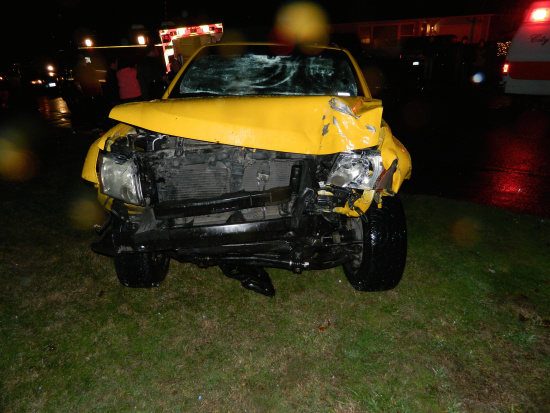 On 01/04/16 at about 9:36 p.m., officers with the Eureka Police Department responded to an unknown injury traffic collision near 15th and P Streets. Upon arrival, Officers located a 2006 Nissan Xterra on the front lawn of a residence on the 1600 block of P Street. Across the street there were two parked trucks with fresh major front end damage.

Officers contacted the driver, Melissa Hogan (31 of Eureka) and called for medical aid due to the severity of the collision. Hogan’s two children, ages 6 and 8 were uninjured and being cared for by a resident. Hogan and her children were transported to the hospital by ambulance. 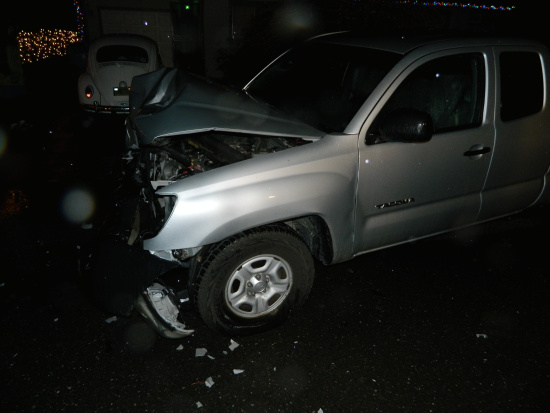 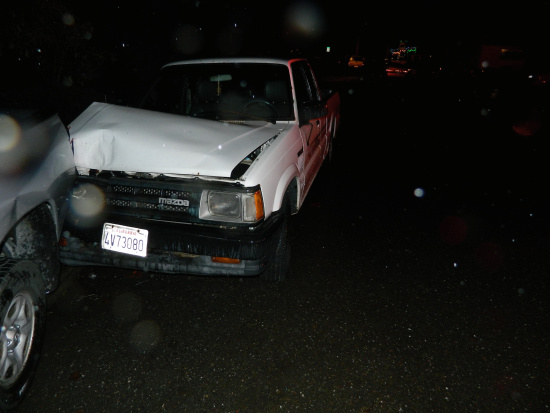 During further investigation at the hospital, Hogan was found to be under the influence of alcohol and four times over the legal limit. Hogan was arrested for Driving under the influence, child endangerment x 2, hit and run, and driving on a suspended license. She was released to the hospital due to her injuries, which are unknown at this time. The children were released to a family member.

Based on witness statements and evidence on scene, it appeared that Hogan was initially driving north on P Street near 15th Street when she collided with a large tree. Hogan turned around and began to flee. While fleeing, Hogan collided with a bush in a yard and a stop sign at the corner of 15th and P. Hogan then collided with a parked Toyota Tacoma which was pushed backward into a Mazda pickup. Hogan’s vehicle then swerved across P Street and came to rest in the front lawn of the residence on P Street.