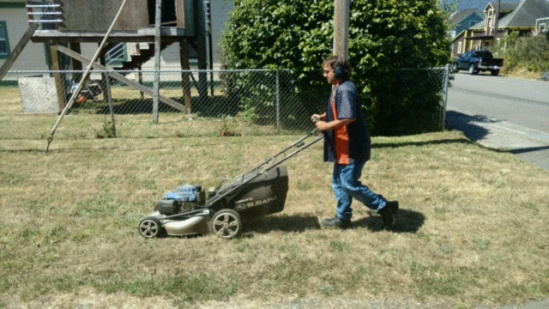 A Chase Inc. worker on the job.

Early Sunday morning, at around 2 a.m., a burglar with flashlight broke into the yard of Chase Inc., an Arcata company that hires developmentally disabled people to various jobs around the county.

Jim Chase, the head of the firm, was up in Portland at the time, but his crew discovered the break-in when they arrived for work that morning. The police were called. When Chase got back, he was able to determine what was taken. The burlglar got a whole bunch of yard car gear that was being kept in a trailer – trimmers, chainsaws, a tool set, a hedge trimmer, an edger, some other stuff. This was the gear that his four-person landscaping crew relied upon to serve some 100 clients in town. 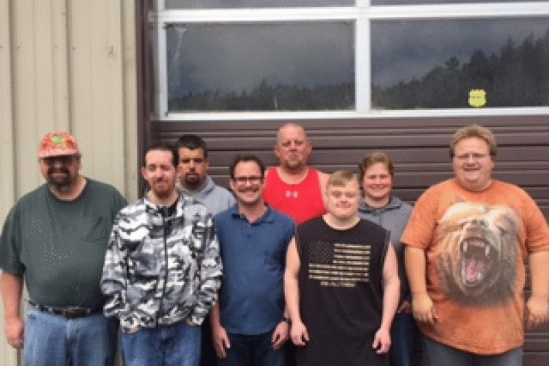 “I know that this issue is small in comparison to many things going on in our community and world,” Chase would later write, on a GoFundMe page, “but it is HUGE to us and the people that we serve.”

Chase told the Outpost that this is the first time in the company’s 10-year history that he’s had any problems at their West End Road location. He’s pretty much given up hope of recovering the gear. There was a security camera at his facility, which helped him pinpoint when the burglary took place, but the weather was bad that night and the camera wasn’t able to catch anything but a flashlight poking at places around the yard. There seems to be little hope of identifying the suspect.

“I’ve been able to purchase a few things, but we’re just not a large enough organization to make it all up out of pocket,” Chase said.