YOUR WEEK IN OCEAN: Dune Buggies to Dunes — LA Times Gets Stunned by Ma-le’l 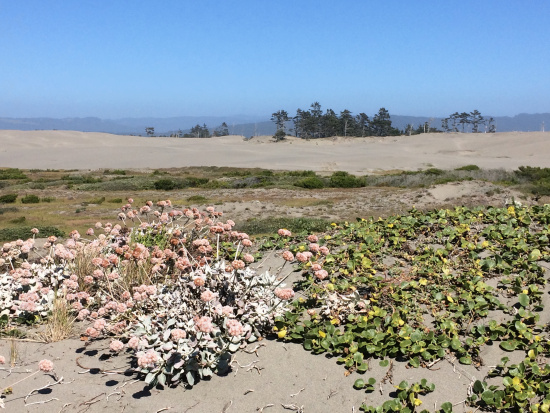 Esteemed LA Times columnist and award-winning author Steve Lopez left his footprints in Humboldt County sand last weekend, the first of many stops on his road trip across the California coast. Ever since February, when the Coastal Commission fired executive director Dr. Charles Lester, articles have been flying off of Lopez’s keyboard in attempt to shine a light on the happenings of the powerful agency.

Now he is road-tripping the California coast from Oregon to Mexico to show, through personal experiences, the importance of the Coastal Act, and why we should all care about what is going on with the commission. Along the way he is talking with coastal stewards and visiting the Coastal Act and Coastal Commissions successes, failures and ongoing battlegrounds.

Jennifer Kalt, Director of Humboldt Baykeeper, was Lopez’s tour guide for the Humboldt leg of his journey. Kalt had the difficult task of deciding which stretch of Humboldt coast to take Lopez to, and decided on a hike through the Ma-le’l North Dunes. “I chose the area for its uniqueness and coastal preservation victory with Buggy Club,” stated Kalt.

Ma-le’l North was not always the pristine land it is today. “It took many transactions, many years and a dedicated group of organizations and individuals to make it happen,” recalled Andra Pickart, ecologist for the Humboldt Bay National Wildlife Refuge. Back in the early ‘90s, Ma-le’l North was part of 385 acres owned by three landowners – the Nature Conservancy, Louisiana Pacific (LP) and the Bureau of Land Management (BLM). The three landowners entered an agreement to cooperatively protect and manage the land for public use, and called it the Mad River Slough and Dunes Collaborative Management Area.

Then, in 1994, LP broke the agreement by selling their portion of the land to the Humboldt Buggy and ATV Association (Buggy Club). Coincidentally, at the same time the county was about to pass a new ordinance prohibiting off-road vehicle use at the dunes. To avoid abiding by the ordinance, LP and the Buggy Club waited to announce the property sale until the day before the Coastal Commission hearing when the ordinance was to be approved. The purpose of this sly move was so they could argue they were “grandfathered in” and not be affected by the new ordinance.

Their strategy worked, and dune buggies roamed the land for the next few years. But it turned out they were not actually legally exempt from the ordinance. A group of dedicated local activists documented the offroad use and presented their findings to the county, in hopes it would enforce the ordinance. The county listened to the activists case and threatened to fine the offroading club. As a result, the club decided to sell the property. In 2003, the State Coastal Conservancy funded the acquisition of the property by the Center for Natural Lands Management. Today, the parcel is owned and managed by the U.S. Fish and Wildlife Service as part of the Ma-le’l Dunes Cooperative Management Area. BLM is the other landowner, and owns and manages Ma-le’l South. 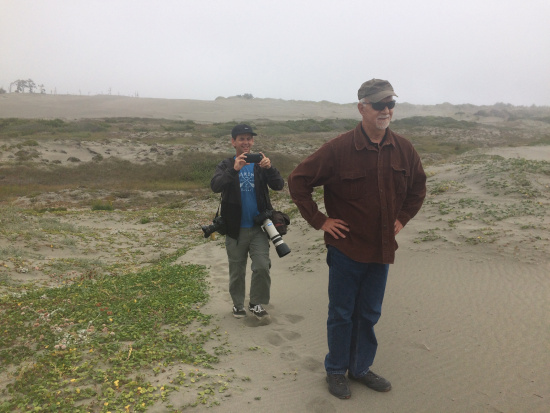 Since acquiring the property, the two agencies have been working hard to restore and mange the land for public use. “Ma-le North is one of the only places where you can walk through eight different habitats in a matter of minutes,” said Kalt. The waveslope, strand, foredunes, dune mat, dune hollows/swales, salt marsh, mad flats and dune forest each offer a completely new field of vision and home for different critters. Although it was a foggy day, Lopez was stunned by the dunes. “[B]oth the landscape and vegetation are unlike anything I’ve seen,” he later wrote. Upon reaching the wave slope, Kalt said Lopez exclaimed jokingly, “where are all the condominiums?”

Since his stop in Humboldt, Lopez Kayaked the Smith River in Del Norte, and caught a glimpse of the Lost Coast in Shelter Cove. Continue to follow along with his trip through his articles on the LA Times HERE or his Twitter HERE.

Check out Lopez’s article about his stop in Arcata HERE.