Last year, Humboldt County instituted a new regressive sales tax, Measure Z, that unduly burdens the poor in Humboldt County. This year, the county intends to pass a new ordinance that will infringe on our civil rights. Apparently it wasn’t enough to just send more cops out to harass the poor, which Measure Z funded, they now find it necessary to invent a new crime, for which the poor can be prosecuted. Still, no one wants to pay taxes, and no one wants to give up their rights, so how do our County Supervisors generate public support for these measures? That’s easy. They lie. 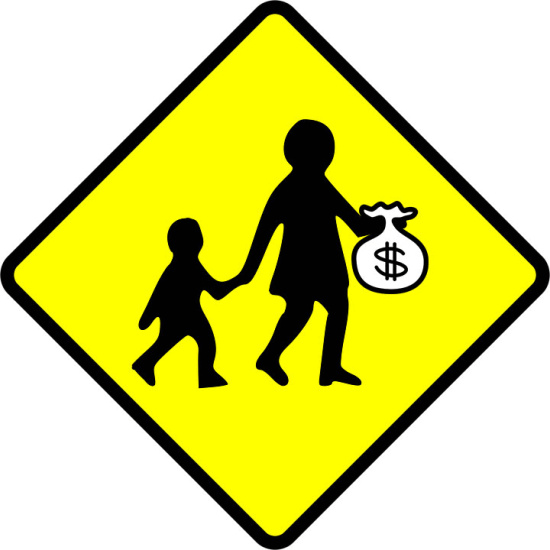 County Supervisors used the same lie for both Measure Z and this new proposed “aggressive solicitation ordinance.” That is the lie called “public safety.” Remember “public safety?” That was the lie the Federal Government used to justify marijuana prohibition too. “Public safety” is one of those big lies that fascists have used repeatedly throughout history to restrict civil rights, suppress dissent and control the public, and that’s exactly how the Humboldt County Board of Supervisors use it today. Don’t believe for one second that the Humboldt County Board of Supervisors gives a rat’s ass about public safety. All you have to do is watch Estelle Fennell drive to know that public safety is the very last thing on her mind.

“Public safety” sounds like a good thing. Who doesn’t support public safety? We outlawed fireworks, so we wouldn’t have so many forest fires. We outlawed driving while intoxicated so we could cut down on the number of traffic fatalities and we mandate seat-belt use for the same reason. Those are some ways that legislators have addressed public safety concerns through legislation. We can argue whether or not these laws work, but “public safety” becomes a big lie when politicians use it, not to save lives, but to steal our money and take away our rights.

I readily admit that Humboldt County is a dangerous place to live. We face many threats to public safety here in Humboldt County, some natural, some man-made. We’re prone to earthquakes, fires, floods, tsunamis and mudslides, all of which have a long, devastating history in Humboldt County, and we can rest assured that overwhelming natural disasters will remain a predictable part of our future. We could probably save a lot of lives by spending some money now to prepare for the inevitable. In a real disaster, it would really help to have plenty of bed space in emergency shelters, and it would help even more to have people with experience running an emergency shelter, who know what to expect when disaster strikes.

Just think of the lives that could be saved in a natural disaster, if we had a full-time emergency shelter in Southern Humboldt. Think of how many people need help in times of personal emergency, and how much good it would do for the whole community to have an emergency shelter serving people in crisis as a way of preparing for the major natural disasters that will inevitably impact all of us in the future. That’s what a policy designed for “public safety” might look like. You won’t see much of that in Humboldt County.

On the other side of the coin, reckless drivers kill and injure dozens of Humboldt County residents every year. Out-of-control drivers on the Briceland-Thorne Road constitute a serious threat to the public safety of the citizens of Southern Humboldt, but none of the money from Measure Z goes towards traffic enforcement West of Redway. Instead, the cops cruise around Redway and Garberville harassing poor people all day, poor people who do not own cars or drive cars, have not committed any crimes and do not pose any threat to public safety.

The cops themselves pose a serious threat to public safety. We have some of the most violent cops in the state. The Eureka Police Dept leads the state in police shootings, and the Humboldt County Sheriff’s Dept is famous for torturing locked-down non-violent protesters by swabbing pepper-spray in their eyes. This we know for sure. Complaints and allegations of police abuse have only multiplied since then, and the EPD still refuses to turn over dash-cam video from an 2012 incident reported by Thadeus Greenson in the NCJ. Cops around here remain largely above the law which makes this threat to public safety even more insidious and dangerous.

Speaking of black-market drug deals, we have some of the highest drug addiction and drug overdose rates in the state. We consume the equivalent of 14 Vicodin tablets every day, on average for every man, woman and child in Humboldt County, and that doesn’t include all of the heroin, meth and cocaine we consume. Drugs kill hundreds of people in Humboldt County every year. The deadly combination of an entrenched black-market coupled with our culture of addiction, poses, by far, our most serious threat to public safety here in Humboldt County, and the bright red cherry at the top of this public safety crises sundae is Hepatitis C.

Humboldt County has been recognized as the most prolific breeding-grounds for Hepatitis C in the entire USA. The Hep-C epidemic threatens to overwhelm our public health system even without a natural disaster. Despite new treatments, complications of Hepatitis C claim tens of thousands of lives across the country every year.

Welcome to the heart of the Hep-C generation, and you are welcome for that brief rundown of genuine public safety concerns that the Humboldt County Board of Supervisors could be working on at this very moment, were they not so busy lying to you, stealing your money and shutting you up. So, the next time your County Supervisor or your local newspaper tries to convince you that we need this new, unconstitutional, free-speech stifling, fascist police-state style “aggressive solicitation ordinance” in Humboldt County for “public safety” you will know, without a shadow of a doubt, that they are lying to you.