UPDATE, 3:23 p.m.: Note also this press release from the Arcata Police Department, which describes an armed robbery that took place between the following two incidents: 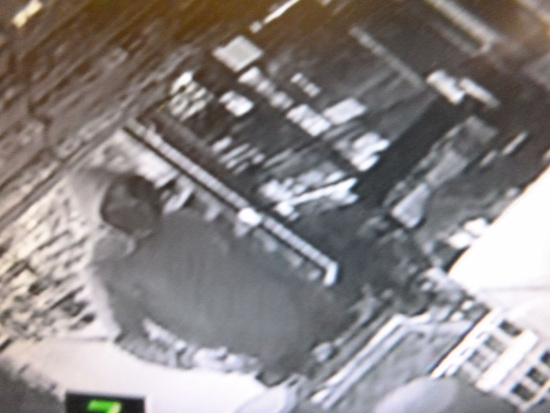 On Friday, March 18, 2016 at approximately 4:57 a.m., the Humboldt County Sheriff’s Office received a report of an armed robbery that had just occurred at the Freeway 76 Gas Station on Murray Rd, McKinleyville. Deputies responded and spoke with a male and female victim. The male victim stated suspect #1 demanded money from the cash register while suspect #2 pointed a firearm in their direction. The male victim gave the suspects the money. The suspects fled with the money and several cartons of cigarettes. The suspects were last seen fleeing on foot east on Murray Rd.

Deputies searched the area and were unable to locate the suspects.

A red bandana was found a few blocks south of Fairway Market on Herrick Ave.