Some Transition Into Shipping Containers, Others Prepare for Conflict Hours Before Palco Marsh Exodus »

Crowds Gather For Politics on Gorgeous Eureka May Day 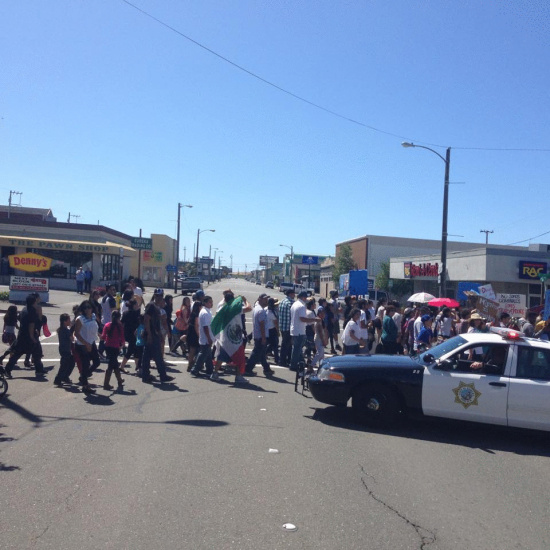 The True North Organizing Network is sponsoring a large-scale march and protest this afternoon in Eureka to protest deportation of undocumented immigrants. The parade marched down Myrtle and into the downtown area, prompting police to set up traffic control. More details below.

Meanwhile, there’s been a huge turnout at the Eureka Labor Temple, where Bernie Sanders-leaning Democrats are picking their delegates for the Democratic convention. Lines around the block.

Photo at the Labor Temple provided by Mario Tonn.

Humboldt residents march for Immigrant Families in Eureka May 1st, call for end to ICE raids and deportations

WHAT:  North Coast residents march on International Workers’ Day May 1, 2016 to celebrate immigrant workers, and march in solidarity for the cancellation of Sun Valley worker’s deportation orders, and stand united with migrants worldwide. 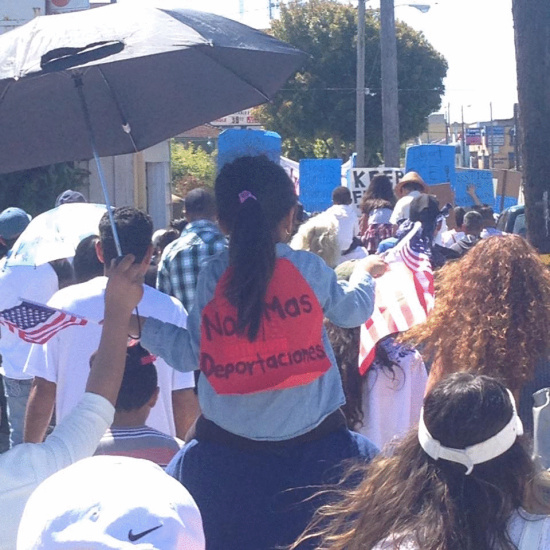 March begins at 1 pm on Sunday, May 1, 2016 at Sacred Heart Church, 2065 Myrtle Avenue, Eureka. Marchers will proceed down Myrtle Ave. to 3rd and D Streets.

Eureka, CA, April 27, 2016— In September 2008, ICE agents raided Sun Valley Farms in Arcata, arresting approximately 23 people and placing some in deportation proceedings. In a September 4, 2008 article, Eureka’s Times-Standard interviewed one of the employees present, said “some of her co-workers were very frightened they’d be taken away even though they are legal. The whole experience was terrifying, she said.” The remaining seven workers have for the past 8 years fought their cases in U.S. Immigration Court and are currently in the last phases of their appeals process.

“We are families who came here to work. We contribute to our community and pay taxes. For humanitarian reasons, I ask the federal government to not separate me from my children, who are U.S. citizen,” said one of the workers facing deportation.

“My daughter was three months old when her father was taken. I ask that the deportation order be removed and our family reunited” says the wife of one of the Sun Valley workers. 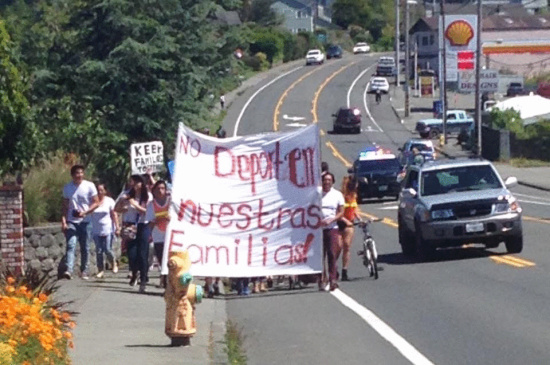 Non-immigrant Humboldt and Del Norte County residents will join their immigrant neighbors in a show of support. One supporter, Leila Roberts of Eureka, reflected, “The neighbors on my block are from Mexico, India, and Samoa, as well as Eureka born and bred. I love that.” She added, “You hear all the time how unfair and confusing our immigration system is. My undocumented neighbors deserve to feel safe and welcome. We can all find compassion for the terrible bureaucratic wasteland they’re trapped in. Comprehensive immigration reform is coming. Until then, live and let live, for goodness’ sake.”

Press conference begins at 2:30 pm in front of the offices of ICE (Immigration & Customs Enforcement) at 317 D Street, Eureka 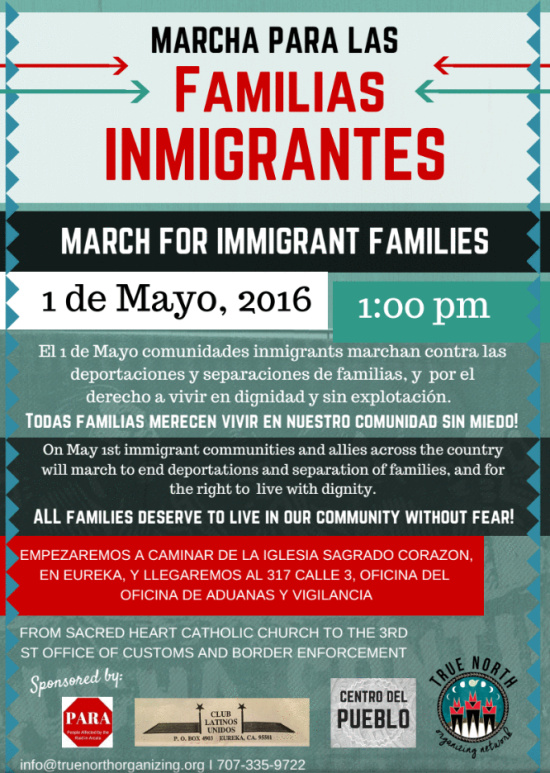