Crowds Gather For Politics on Gorgeous Eureka May Day » 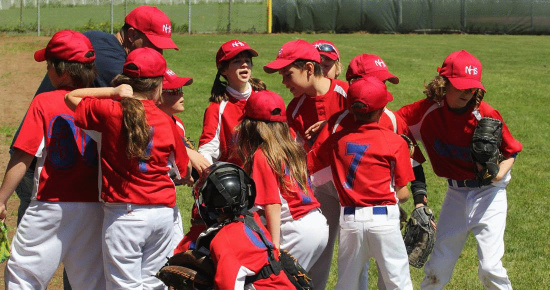 The Vipers huddling up at their most recent game on Saturday.

A group of Arcata Little leaguers are without a few crucial pieces of baseball equipment after a thief swiped the gear from a truck on Ariel Way in Arcata last night.

Assistant coach Erik Fraser said in a Facebook message that the thief made off with bats, catches gear and gloves that were stored inside a black sports bag.

“It will be very difficult for Arcata’s NHS Vipers to play our next game on Thursday without at least catcher’s gear,” Fraser said.

Fraser described the carrier as a large black zipper bag with the brand name Schutt labeled on the side, and said the most expensive items taken were three name brand bats.

A similar incident happened almost exactly one year ago, but the items were never recovered.