« Crowds Gather For Politics on Gorgeous Eureka May Day

Some Transition Into Shipping Containers, Others Prepare for Conflict Hours Before Palco Marsh Exodus

On a clear May morning by the Eureka Waterfront, a group of community organizers gathered at a former parking lot on the corner of Third and Commercial Streets to check in a wave of transients trading in makeshift camps for homes of corrugated steel. 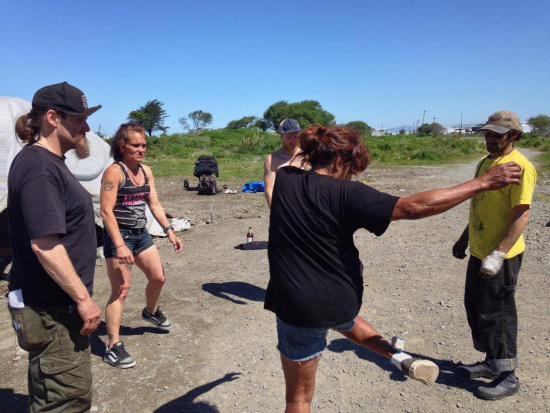 As the transitioning residents were shown to their shipping container rooms, they were offered complimentary toiletries and showers.

Meanwhile, a group of homeless friends who will not have a place to stay tomorrow, postponed packing their things at the Palco Marsh to circle up and kick around the hacky sack one last time.

“I don’t know where we’re going to go,” marsh resident Windy Sherrell said between hacks. “We’re like family out here.”

After years of contentious planning, the Eureka Police Department will descend upon the Palco marsh tomorrow for what the city hopes is a final sweep of transients illegally camping in the area.

Although some campers have found temporary refuge in the shipping containers, many will have no place to go as the lot fits no more than 40 residents at a time. 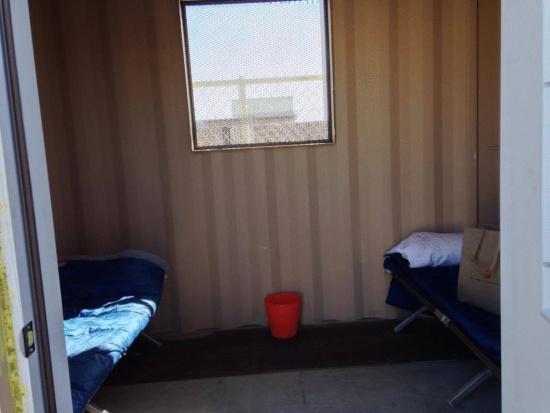 Inside of one of the container bungalows.

Betty Chinn of the Greater Eureka Community Outreach Program, who has been a homeless advocate for 31 years, said she is worried that physical conflict may arise between campers and their evictors tomorrow.

For those lucky enough to be offered a temporary shipping container residence, Chinn has provided amenities to make them feel at home. 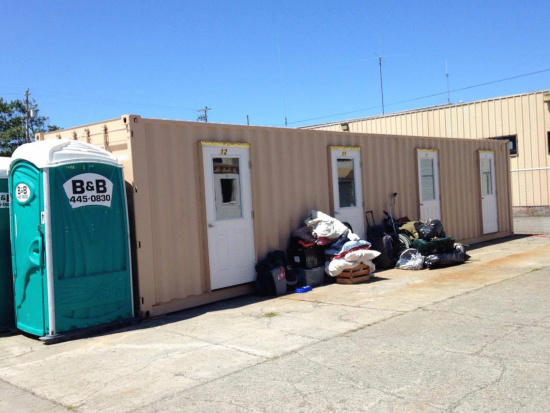 The containers, which have been sectioned off into four compartments, are each fitted with two cots and residents have been given the option of picking their own container-mates. 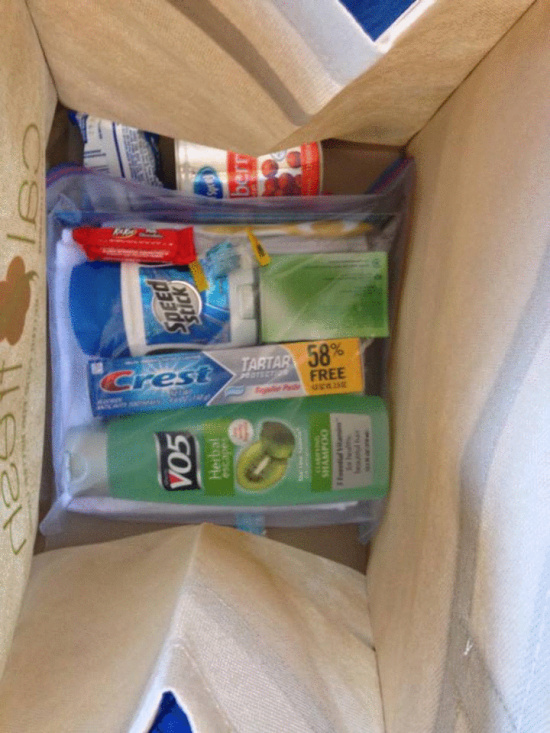 A goody bag given to the transitioning residents.

“We borrowed the cots from red cross,” Chinn said. “The real beds coming next week are much better, and many of them don’t own a pillow, so we have pillows for them to lift up their spirits.”

Residents can stay in the containers for 90 days, and may be awarded an additional month under special circumstances. The compound also offers 24/7 supervision by mental health and social services professionals. Additionally, Chinn says she plans to cook and serve the residents three meals a day and a Humboldt County Department of Health and Human Services mobile outreach center has been parked on the premises to offer medical care to the transitioning residents.

“They need someone supporting them and guiding them,” Chinn said. “This is really good training to get them ready for finding permanent housing.”

Meanwhile, the clock is ticking for the remainder of the transients living in the palco marsh who will either leave peacefully tomorrow morning or be evicted by force.

Marsh resident John Carbonneau said he plans to leave peacefully tomorrow, but only after he sets fire to his campsite in protest.

“I don’t really care if I get in trouble for it,” Carbonneau said. “I’m gonna burn everything I own. It’s gonna be a smoke show.”

Follow LoCO tomorrow for continuous coverage of the eviction process. 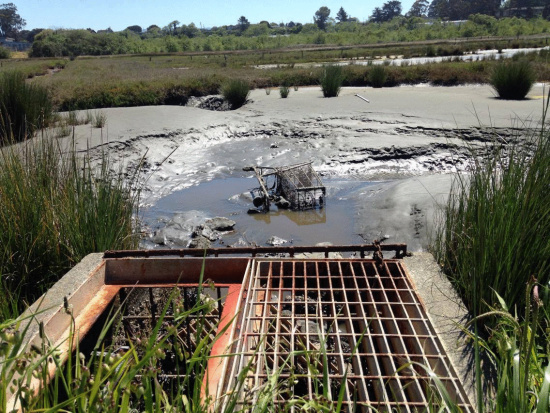 Environmental damage caused by campers at the Palco Marsh. 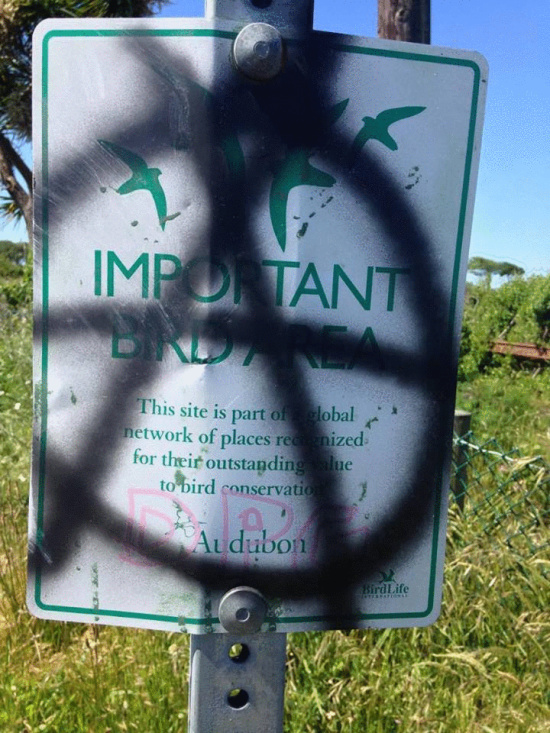 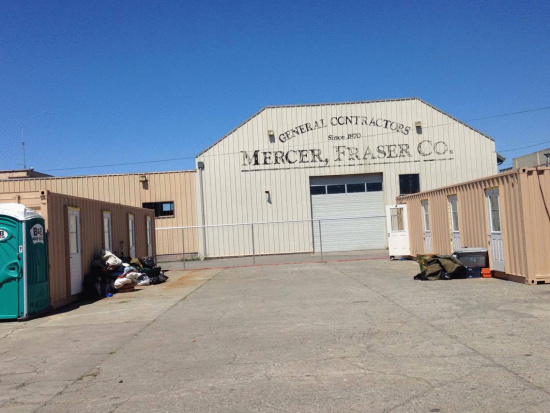