Eureka POP Search Locates Half a Pound of Meth, Ounce of Heroin, More » 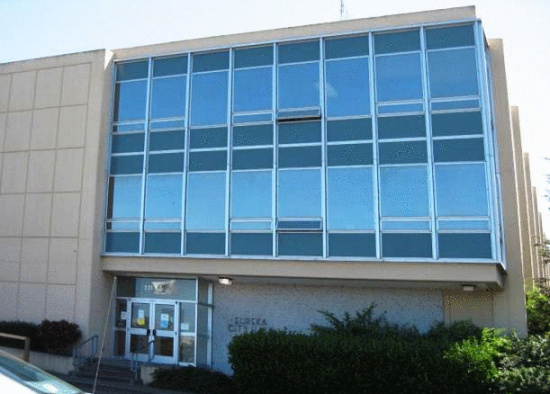 Eureka City Hall — the public face of the government of the city of Eureka.

Little bit of a weird press release from the city of Eureka, below. It starts by listing police actions taken to enforce illegal camping in the city limits since last week’s eviction of homeless folks from the Palco March, and it ends by going off on a strange digression complaining about requests for public records.

The city says it “is concerned” that people are carpet-bombing it with requests for homelessness policy-related documents under the California Public Records Act. Why is it concerned by this? Because, it says, people might take the documents obtained through public records act requests and slip them to the 11 people suing the city in federal court!

Later the city claims that some of the documents requested are not, in fact, public, as they fall under specific exemptions listed in the Public Records Act. Which is fine — then you’re saying they’re not public documents. So you’re not going to provide them, and unless a judge tells you that you’re wrong and they are public documents, you don’t have to provide them.

So why are you worried about the ACLU and/or members of the media slipping the results of their PRA requests to the Marsh 11? If they’re public, then the Marsh 11 — and everyone — should have them anyway. If they’re not public, then you don’t have to release them to the public. See how that works?

Apparently Thad Greenson of the North Coast Journal has requested a truckload of documents and internal correspondence relating to the Palco Marsh eviction and homelessness policy in the city generally, and apparently the city is not inclined to give it up. So they’re gearing up for a public records court fight against Thad — which, incidentally, is a kind of fight they have lost before.

So it seems that the city, here, is putting Thad on blast, saying that he’s costing the public tons of time and money by requesting an overly broad range of documentation, most bits of which presumably require legal review and probably redaction. But them’s the breaks, right?

Anyway, read this whole thing. It’s kind of bizarre. From the City of Eureka:

The City of Eureka continues to make emergency shelter available for the 11 plaintiffs as ordered by Federal Judge Jeffrey White. Six of the eleven plaintiffs are currently living in the container shelter operated by Betty Chinn. The remaining plaintiffs have refused the City’s offer of shelter, found shelter elsewhere, or have not responded to offers. The City continues to work with plaintiffs’ counsel and comply with the Court order.

Concerns regarding increased illegal camping in other greenbelts in the City continue to be addressed. Eureka Police Department has issued 18 EMC citations and arrested one person for illegal camping in the City. EPD received 248 transient related calls for service since May 2nd. Many of these calls were officer initiated contacts during foot patrols or field interviews. The illegal camping citations have been issued near Washington/Koster, Bayshore Way, foot of W. Del Norte Street, 3400 block of W Street, 2400 block of 2nd Street and along Broadway. Residents are urged to report illegal camping on their property or on City property.

The City has also received several Public Records Act (PRA) requests seeking documents and Council and upper management communications regarding the broad catch-phrase “homeless” or “houseless” from the ACLU and the media. The City is evaluating each request but, is concerned that the entities involved are using the PRA to bypass the federal discovery rules which would apply in the federal lawsuit that is currently pending against the City. This process would allow these individuals and entities to provide whatever records are disclosed by the City directly to the 11 plaintiffs in the federal lawsuit thus, bypassing legal requirements. Further, many of the records sought are exempt from disclosure per several exemptions such as Pending Litigation and Deliberative Process Privilege. The Pending Litigation exemption provides that records relating to pending or anticipated litigation are exempt from disclosure. The Deliberative Process Privilege protects records which would expose the City’s decisionmaking process with regard to the May 2 move-out.

The City has received one threat of litigation from the North Coast Journal. Thaddeus Greenson [sic] of the North Coast Journal has requested City Council and upper management communications since February 1, 2015 from a broad category of records related to “homeless.” This request includes records related to the pending federal lawsuit and the City’s decision-making process with regard to the May 2 move-out. The City has and continues to expend a significant amount of time and resources to respond to these PRAs. The City is taking steps to respond to this threat of litigation and will vigorously defend any lawsuit that is filed.