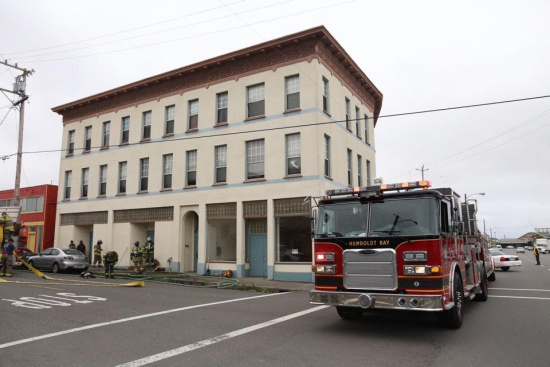 A three-story apartment building on the corner of Fifth and A streets in Eureka caught fire this morning, and early signs indicate that it was caused when someone tossed a burning something down a grate on the side of the structure.

Damage appears to be minimal, though Sean Robertson of Humboldt Bay Fire told the Outpost that the fire — which appears to have smoldered for some time before firefighters were alerted — managed to char some beams near the bottom of the building.

A Street between Fifth and Sixth was closed while firefighters were on scene, as was one lane of Fifth. Both roadways are cleared and open now. 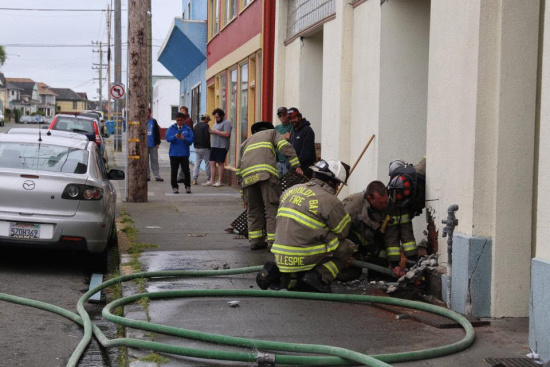 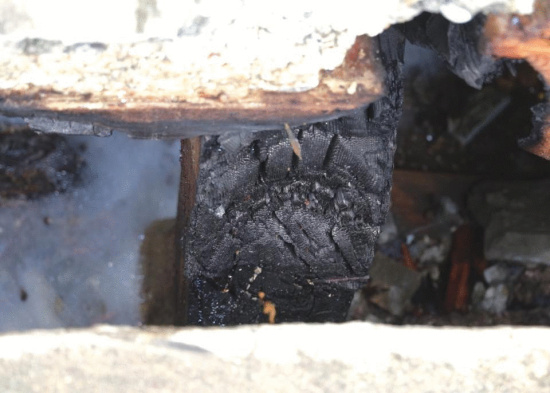 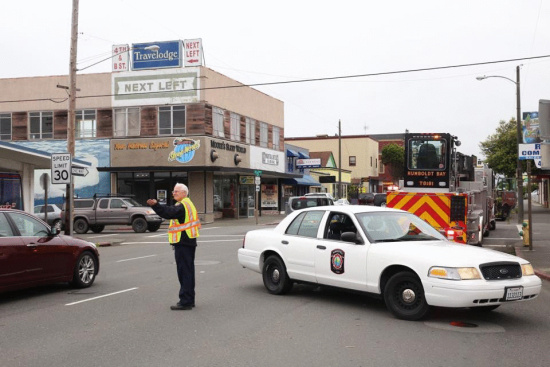