State Senator Mike McGuire informed the public today that the much dreamt about Eureka Waterfront Trail project will get a $1 million boost thanks in part to his work with the State Coastal Conservancy. Much of the new nature trail will run through the recently people-swept Palco Marsh. 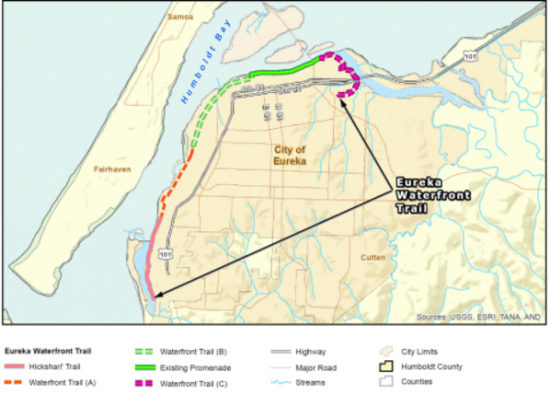 The marsh, which is Phase A of construction, comprises only a small portion of the big Eureka Waterfront Trail picture. Read more about the City of Eureka’s tentative phase-by-phase plans for the trail here. Full press release from the office of Senator Mike McGuire below: 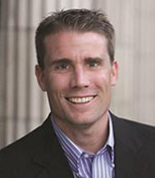 “We promised the residents of Eureka that the State would be an active partner in PALCO Marsh and we believe this $1 million investment will help solidify the long term transformation of the Marsh,” Senator Mike McGuire said. “Dozens of folks were involved to help move this investment forward and we are grateful for the collaboration of the Eureka City Council and staff, Coastal Commission representatives along with the hard working team from the Coastal Conservancy.”

These funds will construct 3.75 miles of new trail, which will consist of 8 to 10 foot wide paved sections with gravel shoulders. The trail system will open up a significant portion of the Marsh for public access in perpetuity.

In addition to the paved surface, the new trail will include a boardwalk section to avoid impacts to wetlands and seven bridges. The project also includes installation of trailheads, interpretive signs, parking and lighting. When the proposed project is complete, the Eureka Waterfront Trail will be 6.3 miles in length.

The Conservancy funds will also be used to demolish the blighted structures at PALCO that have become a public nuisance.

“While this is a significant investment for public access along the Bay, we know the State must also partner on the issue of homelessness,” Senator McGuire said. “We’re championing a $2 billion initiative which would provide cities like Eureka with desperately needed homeless services funds to expand needed shelter space, housing and programs.”

The bipartisan and first-of-its kind “No Place like Home” initiative will assist local communities in preventing and addressing homelessness by issuing a $2 billion bond to construct permanent supportive housing for chronically homeless persons with mental illness.

This unprecedented policy framework is crafted with the understanding that fighting modern homelessness – with long-term solutions, not short-term band-aids – requires a localized approach sustained by a strategic statewide commitment.

Recently supported by Governor Brown, the “No Place Like Home” initiative will move through the legislature over the next few months.